It's Official! 2Baba Has an Honorary Degree from Igbinedion University 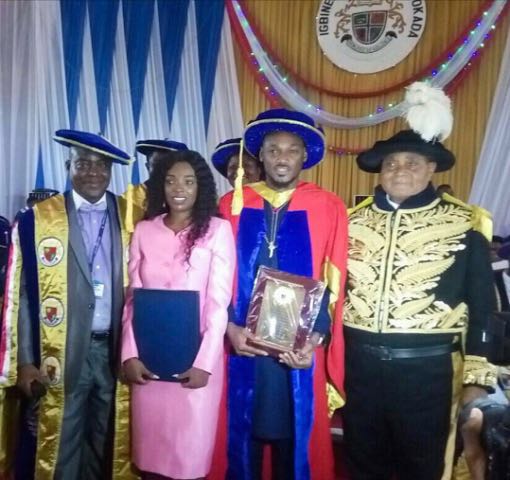 Tuesday, May 10th 2016 marked a very special day for Innocent Idibia – 2 Baba as he was conferred with an honorary degree by the Igbinedion University, Okada.

His wife, Annie Idibia, staff of the University, friends, family and fans were gathered to celebrate the entertainer as he received a Master of Arts in Music degree from the University. 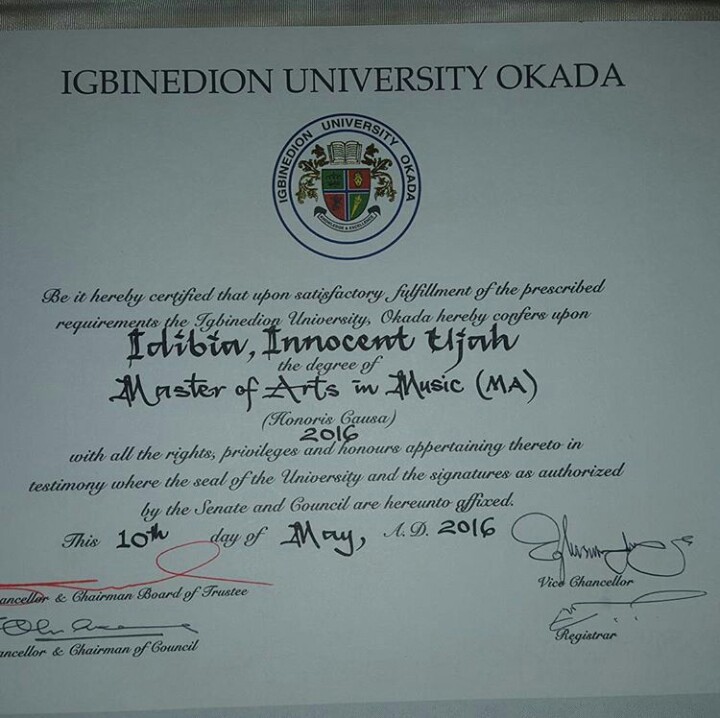 Sharon Osbourne Confirms Split with Ozzy Osbourne on ‘The Talk’