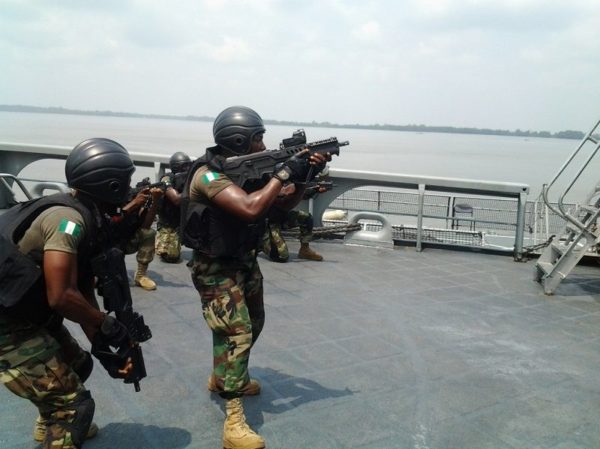 The Central Naval Command (CNC) of the Nigerian Navy on Thursday reiterated its resolve to deal with the resurgence of militancy in the Niger Delta region.

Rear Admiral Mohammed Garba, Flag Officer Commanding, CNC, said on assumption of command in Yenagoa that the navy had acquired the capacity to flush out recent resurgence of pockets of militant activities.

Garba said that the CNC, under his leadership, would pursue a zero tolerance stance against oil theft, pipeline vandalism and illegal oil bunkering in line with the strategic directive of the Chief of Naval Staff.

“I wish to emphasise that there will be no hiding place for oil thieves as the command has intensified patrol of her area of responsibility with recent delivery of more platforms by the Nigerian Navy.

With the recent resurgence of pockets of militant activities, I wish to specifically call on these groups of people to desist from criminal activities capable of entrenching security breach in the Niger Delta.

They have no constituency; well meaning and law abiding Nigerians will not want to associate with the militants.

I, therefore, urge these criminal gangs to revert to legitimate business or face the wrath of the law,” said Garba.

The Flag Officer Commanding also appealed to the public to report suspicious activities to security agencies in a timely manner for swift response to curb criminalities in the Niger Delta region.

The News Agency of Nigeria (NAN) reports that Garba summoned a meeting with Unit Commanders of various components of the CNC shortly after assuming duties.

He said the meeting was to assess the current performance of the command along with the expectations from the men and officers.