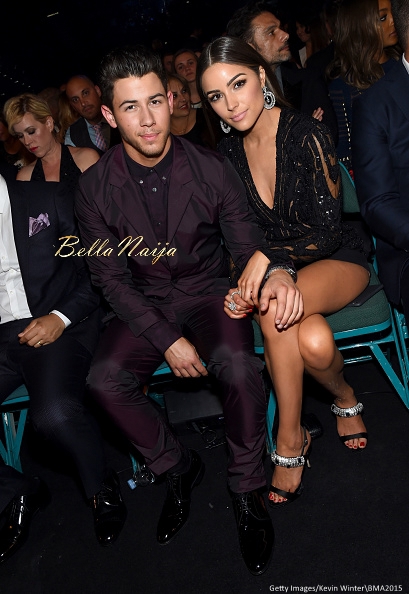 Nick Jonas broke up with his girlfriend, former Miss USA Olivia Culpo about a year ago and his new album is titled Last Year Was Complicated.

“Chainsaw” is the firs single off the album and it is a raw breakup ballad it shows how he may have been feeling at the relationship’s end.

In his new music video, Portuguese model Sara Sampaio plays Jonas’s love interest. We see flashes of the couple’s good memories, a big fight and clips of Jonas drinking and destroying things in his house out of anger. Just as the song hits a crescendo, we see that the couple’s house is on fire, and he is outside pouring his heart out. He does a literal interpretation of the lyrics, which include “I’ll burn everything that binds us/Take a lighter to the mattress you left, oh no.”

Jonas shared on Twitter that “This was the first video we shot for the album and the closest to my heart and I loved. It ended. I had regret. I wrote a song. #Chainsaw”.

Who wins #JollofWars? Keri Hilson has an Answer