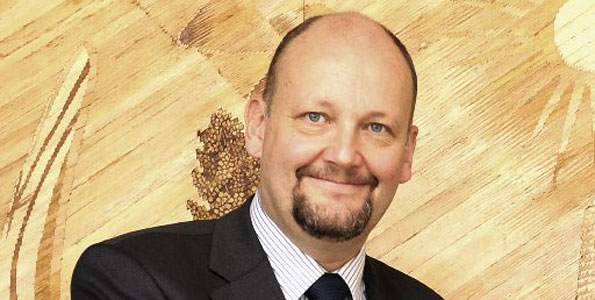 Michel Arrion, Ambassador and Head of European Delegation to Nigeria, has commended the country for running the most vibrant democracy in Africa with absolute press freedom.

Arrion made the statement at the 2016 World Press Freedom Day celebration with the theme, “Access to Information and fundamental freedom: This is your right,” in Abuja on Tuesday.

He described the freedom the Nigerian media enjoyed as an asset, adding that freedom of opinion and expression was essential in enjoying a wide range of other human rights.

Arrion added that these significant steps underlined the priority the EU accorded to freedom of opinion and expression as an essential foundation for democracy.

He said that the EU recognised that free, diverse, independent media were essential for the promotion and protection of freedom of opinion and expression.

“By facilitating the free flow of information and ideas on matters of public interest, and by ensuring transparency and accountability, independent media constitute one of the cornerstones of democracy,” he said.

According to him, an informed, active and engaged citizenry is not possible without free, independent and pluralistic media

He lauded the role of social media activists in deepening public discourse, shaping public opinion and promoting transparency and accountability in the country.

Arrion said social media had thrown up new challenges, adding that all human rights that existed offline must be protected online in terms of freedom of opinion, expression and right to privacy.

“Nigeria, in our assessment is a country where freedom of expression is in general respected, the traditional media is relatively pluralistic, bloggers and cyber activists share their views. Nigeria boasts of a large, vibrant social media community, whose engagement with the social-political processes has enriched public discourse and widened the frontier of participation on issues that concerns the citizenry.”

Lai Mohammed, the Minister of Information, Culture and Tourism, said freedom of information was good for Nigerians.

He said that the mechanism for its operation was simple, stressing that the Freedom of Information (FOI) Law had succeeded in creating accountability and probity in governance.

The minister said it had enable Nigerians to participate in governance and hence it had succeeded in curbing corruption.

“Nigeria has free and independent press and they are now more comfortable with the press.”