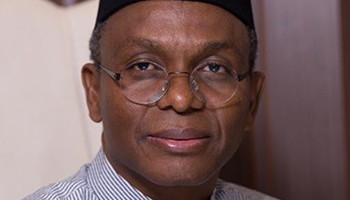 A statement issued on Tuesday in Kaduna by Samuel Aruwan, Special Assistant to the Governor on Media and Publicity, indicated that those affected were Professor Jonathan Nok, who moved to Ministry for Education, Science and Technology from the Ministry of Health and Human Service

Dr. Shehu Adamu, former Commissioner of Education, has been reassigned to the Ministry of Commerce, Industry and Tourism. Under his watch, the government started the rehabilitation of schools, the provision of furniture and the school feeding programme for primary school pupils.

To fill the vacancy in the Ministry of Health and Human Services, the Governor has nominated Dr. Paul Manya-Dogo as the new Commissioner. His name will be forwarded to the Kaduna State House of Assembly for confirmation.”

According to the statement Dogo, a former Permanent Secretary in the Ministry of Health, is currently Chief Resident Consultant at the Barau Dikko Teaching Hospital.

“Dr. Yau Idris, the former Commissioner of Environment, has returned to the Nigerian Nuclear Regulatory Agency,” the statement added.