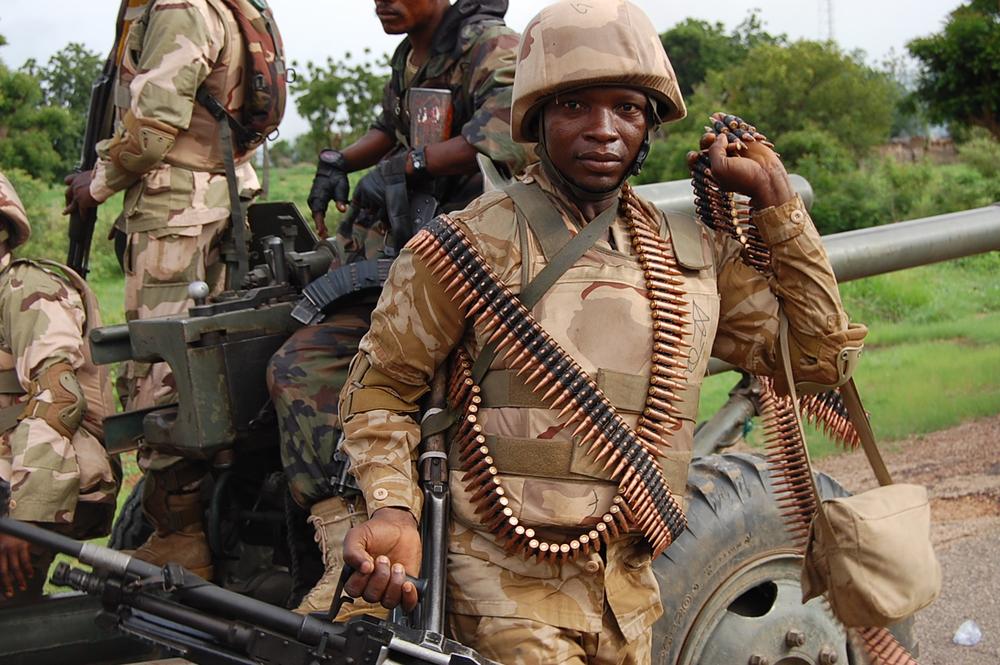 The Nigerian Army on Friday said its troops on Thursday night ambushed and killed some fleeing Boko Haram terrorists from the Sambisa forest.

A statement issued by the acting Director of Army Public Relations, Col. Sani Usman, said the terrorists were ambushed at their crossing point along Maiduguri-Bulabulin-Damboa road.

It quoted Usman as saying the troops recovered several items, including arms and ammunition from the terrorists who were fleeing to Alagarno general area.

Troops of 81 Battalion and 251 Task Force Battalion, both of 25 Task Force Brigade, staged a deliberate ambush against Boko Haram logistics elements on motorcycles and bicycles.

The elements were crossing from Sambisa forest to Alagarno general area around Nyaleri yesterday night.

During the operation, the troops killed two Boko Haram terrorists, wounded several others and recovered some arms, ammunitions and other items.

According to Usman, the terrorists attempted to resupply and sell the items to other terrorists hibernating elsewhere after being displaced from parts of Sambisa forest.

He said troops had continued with the clearance and rescue operations, while others were maintaining blocking positions around the Sambisa axis.

The News Agency of Nigeria (NAN) reports that several weeks into the Sambisa operations, troops have rescued scores of hostages, killed many of the insurgents and cleared many of the Boko Haram camps.

“Something Big is About to Happen” – Niger Delta Avengers

Presidency Lists Buhari’s Achievements in His First Year in Office