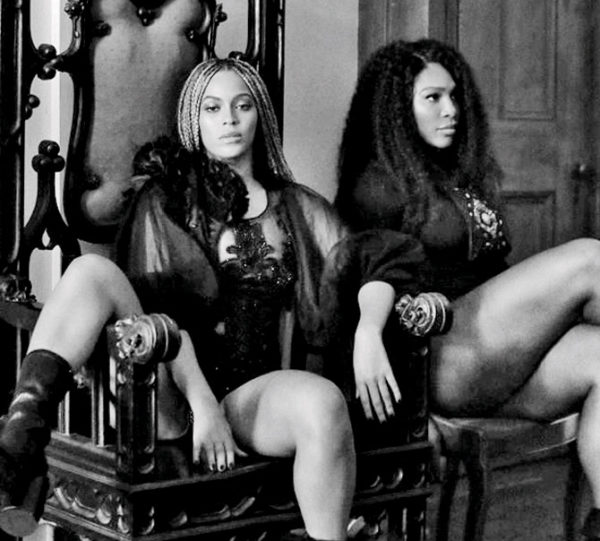 In a chat with Billboard magazine, Tennis star Serena Williams has shared how she got to be a part of Beyoncé’s visual album “Lemonade”.

“I have known the director since I was like nine years old. I know Beyoncé pretty well, so they were like, ‘We would love for you to be in this particular song. It’s about strength and it’s about courage, and that’s what we see you as. She told me that she just wants me to dance, like just be really free and just dance like nobody’s looking and go all out. So that wasn’t easy in the beginning, but then it got easier. … I thought that particular song on the visual album was really a strong song, and it was also really fun at the same time.”

Serena Williams’ appearance came on the song “Sorry,” which features Beyoncé showing her man the stupidity of his cheating ways.

J Martins & his Son are Adorable in this New Photo