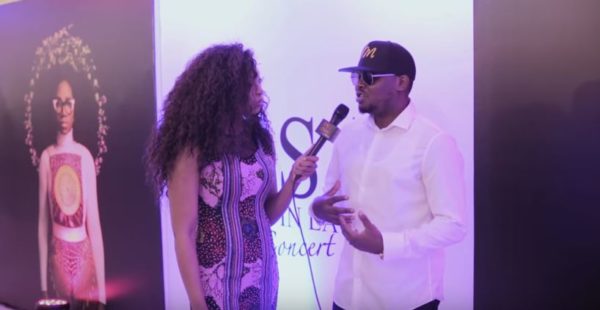 A new episode of Bolanle Olukanni‘s “On The Carpet With Bolinto” is out as she chats with celebrities on the red carpet at Asa‘s recently held “Live In Lagos” Concert.

In this edition Bolanle chats with Asa backstage as she gets ready for the concert. Bolanle also chats with Ebuka Obi-Uchendu, Dr. Sid, Seyi Shay, Waje, Omawumi, Cobhams Asuquo and more as they talk about their fave Asa songs.

Plus which hit songstress used to work as a waitress? Who used to be RMD’s personal assistant? Which songs did Asa say are her favorites?

Join Bolanle Olukanni as she gets the juicy scoop from all your favorite celebrities during this edition of “On the Carpet with Bolinto” – AsaLiveinLagos concert.

In another short clip, shot at the concert, Bolanle gets a feel of what celebrities think about the Tee Billz and Tiwa Savage saga.