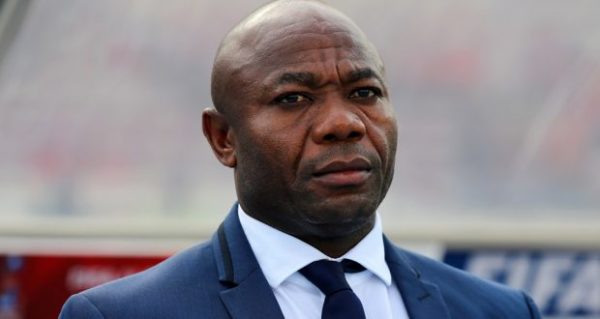 Emmanuel Amuneke, Coach of the National U-20 team has dedicated the team’s victory over Burundi, to Stephen Keshi and Amodu Shaibu, former Super Eagles coaches who passed on recently.

Amuneke disclosed this to sportswriters on Saturday after the team, also known as the Flying Eagles, beat the Burundi U-20 team, 2-1 at the U.J Esuene stadium, Calabar.

The Flying Eagles won with a 3-1 aggregate having defeated the Burundians 1-0 two weeks ago.

The match is the second round qualifier for the African U-20 championship scheduled for Zambia in 2017.

“I am dedicating this victory to the late coaches of Super Eagles, Stephen Keshi and Amodu Shaibu. It’s a pity that we lost our finest coaches and masters of the game, may their souls rest in peace,” he said.

“Playing at home gives you an opportunity to excel,” he said.

The News Agency of Nigeria (NAN) reports that Victor Osimhen scored the first goal when he converted a penalty in the 72nd minute, while Kelechi Nwakali scored the second goal through a free kick in the 82nd minute.

Hoikunana Magloire, pulled one goal back for the Burundians in the 87th minute.

Amodu was buried on Saturday in his hometown in Okpella, Etsako East Local Government Area, according to Muslim rites.