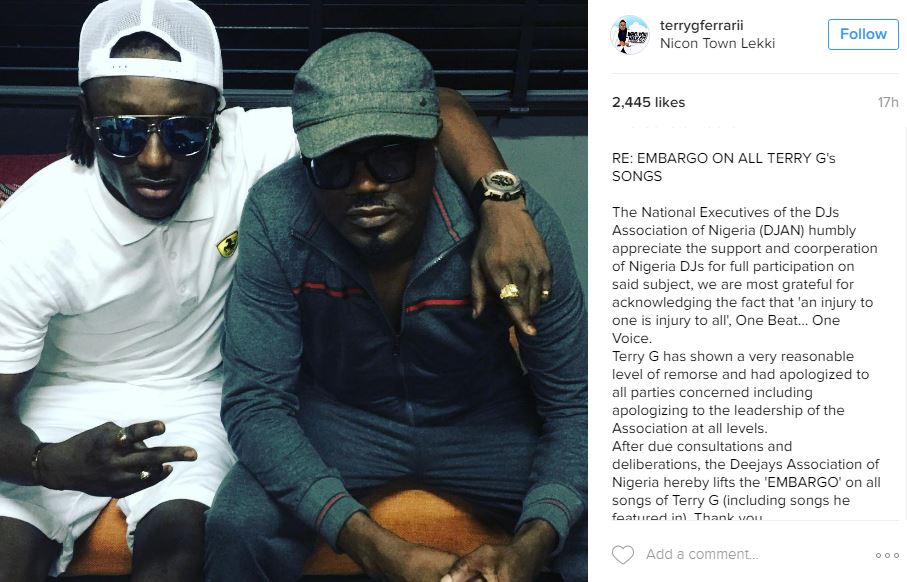 The ban placed on playing Terry G songs by the DJs Association of Nigeria (DJAN) after his apology for slapping a DJ under DJ Jimmy Jatt‘s tutelage, has been lifted.

Terry G revealed this via his Instagram page after a final decision was made on the issue.

Here’s what he posted as a press release from DJAN:

The National Executives of the DJs Association of Nigeria (DJAN) humbly appreciate the support and coorperation of Nigeria DJs for full participation on said subject, we are most grateful for acknowledging the fact that ‘an injury to one is injury to all’, One Beat… One Voice.

Terry G has shown a very reasonable level of remorse and had apologized to all parties concerned including apologizing to the leadership of the Association at all levels.

After due consultations and deliberations, the Deejays Association of Nigeria hereby lifts the ‘EMBARGO’ on all songs of Terry G (including songs he featured in). Thank you.