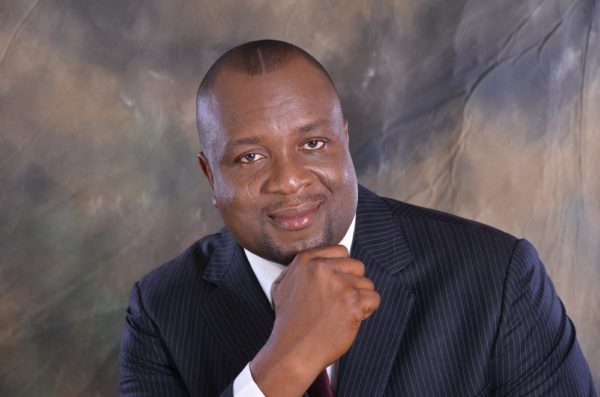 Mathew Iduoriyekemwem on Wednesday emerged the governorship candidate of the Ali Modu Sheriff-led faction of the Peoples Democratic Party (PDP) in Edo.

The News Agency of Nigeria (NAN), reports that Iduoriyekemwen emerged the party’s flag bearer when his only opponent, Ehiozuwa Agbonayinma stepped down shortly before the commencement of the primary.

A total of 576 delegates from the 192 wards in the 18 Local Government Areas of the state participated in the primary conducted at the Samuel Ogbemudia Stadium, Benin.

NAN reports that party was earlier denied access to the stadium by the police.

In his opening address, Ebenezer Alabi, the state caretaker committee chairman of the party, attributed the delay in the commencement of the primary to logistic challenge.

“We had expected that the entire process will be concluded on time, but we had to sort things out with the police on the use of the stadium,” he said.

He assured the delegates that the result of the primary would reflect their choices.

Also speaking, Ali Modu Sherif, who was represented by the acting national Deputy Chairman, Dr. Cairo Ojuogo, appealed to the leaders of the PDP to come together in the interest of the party.

While insisting that the Sheriff-led executive remained the recognised faction, Ojuogo declared that the former Borno governor meant well for the party.

He linked the crisis in the PDP to “personal interest” of some of its leaders ahead of the 2019 presidential election.

Ojuogo said: “those fighting are doing so because of their interest in the presidential election of 2019”.

“I want to beg these leaders in the name of God, to allow Sheriff to do the good things he wants to do for this party and return power to the people.

Sheriff has no interest in 2019 and he has told me that repeatedly. Sheriff remains the authentic national chairman of this party.

For the benefit of doubt, whoever emerges here will be the duly recognised candidate of the party for the September 10th governorship election in Edo.

I urge you to go to INEC to find out if you are still in doubt,” he added.

Earlier in his speech, the candidate, Mathew Iduoriyekemwem said his interest in the governorship race was to take the state to greater heights.

NAN recalled that the Ahmed Makarfi-led faction of the PDP conducted a similar primary on June 20, which saw the emergence of Osagie Ize-Iyamu as its flag bearer.

Iduoriyekemwem, who participated in that primary, later faulted the process.

He described the exercise as “a predetermined process meant to install Ize-Iyamu as the candidate”.

With 481 votes, Iduoriyekemwem was returned unopposed by the chairman of the electoral committee, Ahmed Gulak.