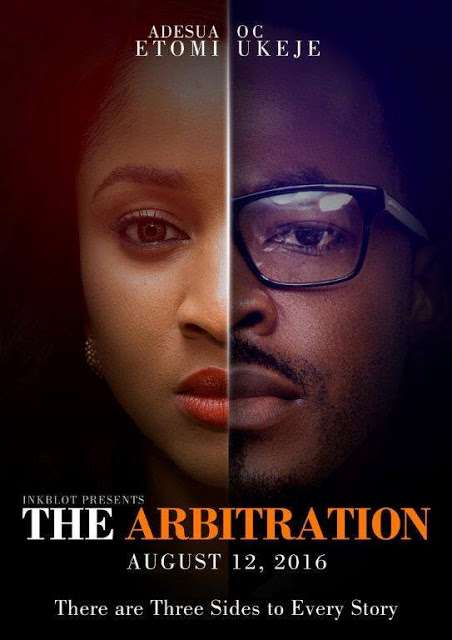 Here’s a synopsis of the movie:

There are three sides to every story, whose side will you be on?

‘The Arbitration’ tells the story of Gbenga (O.C Ukeje) and his employee Dara (Adesua Etomi) who had an affair. After the affair ended and Dara left the company, she sued Gbenga and accused him of rape. An Arbitration panel was constituted to find out the truth.

The movie will start showing in cinemas from August 12th 2016.

So Much “Power”! Omari Hardwick, 50 Cent, Rotimi & Joseph Sikora on the Cover of Vibe Magazine

“I told them to go f* themselves, called the band back and bounced” – Find out why AKA Pulled out of Wale’s Show