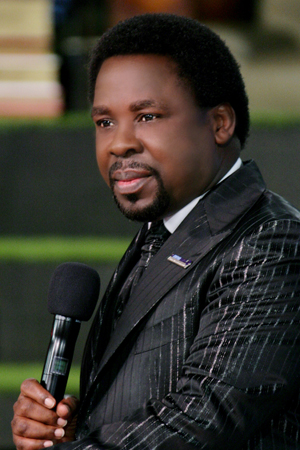 Following the decision to exit the European Union (EU) by United Kingdom voters, the Synagogue Church Of All Nations (SCOAN) as released a video showing when its Senior Pastor, T.B Joshua “prophesied” about an impending crisis in the EU that will make many countries to “want to go back”.

“We pray for this European community because I see the Euro which holds them together will be affected and many countries will want to go back,” T.B Joshua said in the video which according to the church was shot in December 25th 2011.

The video was posted on their Youtube handle. Watch below:

Related Topics:#BrexitT.B. JoshuaThe Synagogue Church of All Nations (SCOAN)
Up Next