Theresa May to Resign as UK PM June 7: "I have done everything I can" 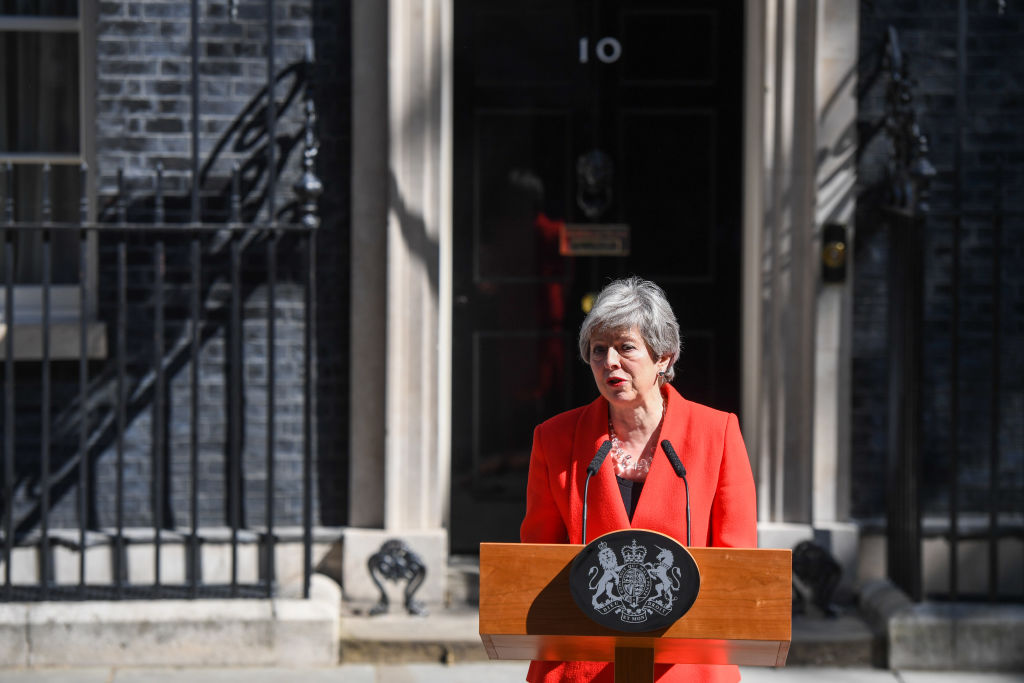 Theresa May, U.K. prime minister, delivers a speech announcing her resignation outside number 10 Downing Street in London, U.K., on Friday, May 24, 2019. May said she will step down on June 7.

Britain’s Prime Minister Theresa May has said she’ll step down from her position and as U.K. Conservative Party leader on June 7.

She said this on Friday at a press conference in front of 10 Downing Street.

“Ever since I first stepped through the door behind me as prime minister I have striven to make the United Kingdom a country that works not just for the privileged few but for everyone, and to honor the result of the referendum,” May said.

She added: “I have done everything I can to convince MPs to back this deal. Sadly, I have not been able — I tried three times.”

“I believe it was right to persevere….it is now clear to me that it is in the best interest of the country for a new PM to lead that effort,” May said.

May held back tears throughout the speech and was visibly tearful as she concluded her speech.

Watch the moment below:

"It is now clear to me that is it in the best interest of the country for a new prime minister" to leave Brexit efforts, Theresa May said when announcing her departure date https://t.co/GdOZZUZGlo pic.twitter.com/PM89nmfZq5

"I will shortly leave the job that it has been the honor of my life to hold," said British Prime Minister Theresa May in a tearful statement announcing her resignation https://t.co/a1kOrSGIv6 pic.twitter.com/Ksi2uKfs0Z

Related Topics:#BrexitTheresa May
Up Next

Naira Marley: “EFCC does not go after an innocent person,” says Magu