Watch What the Ooni of Ife did to Make Olori Wuraola Blush! 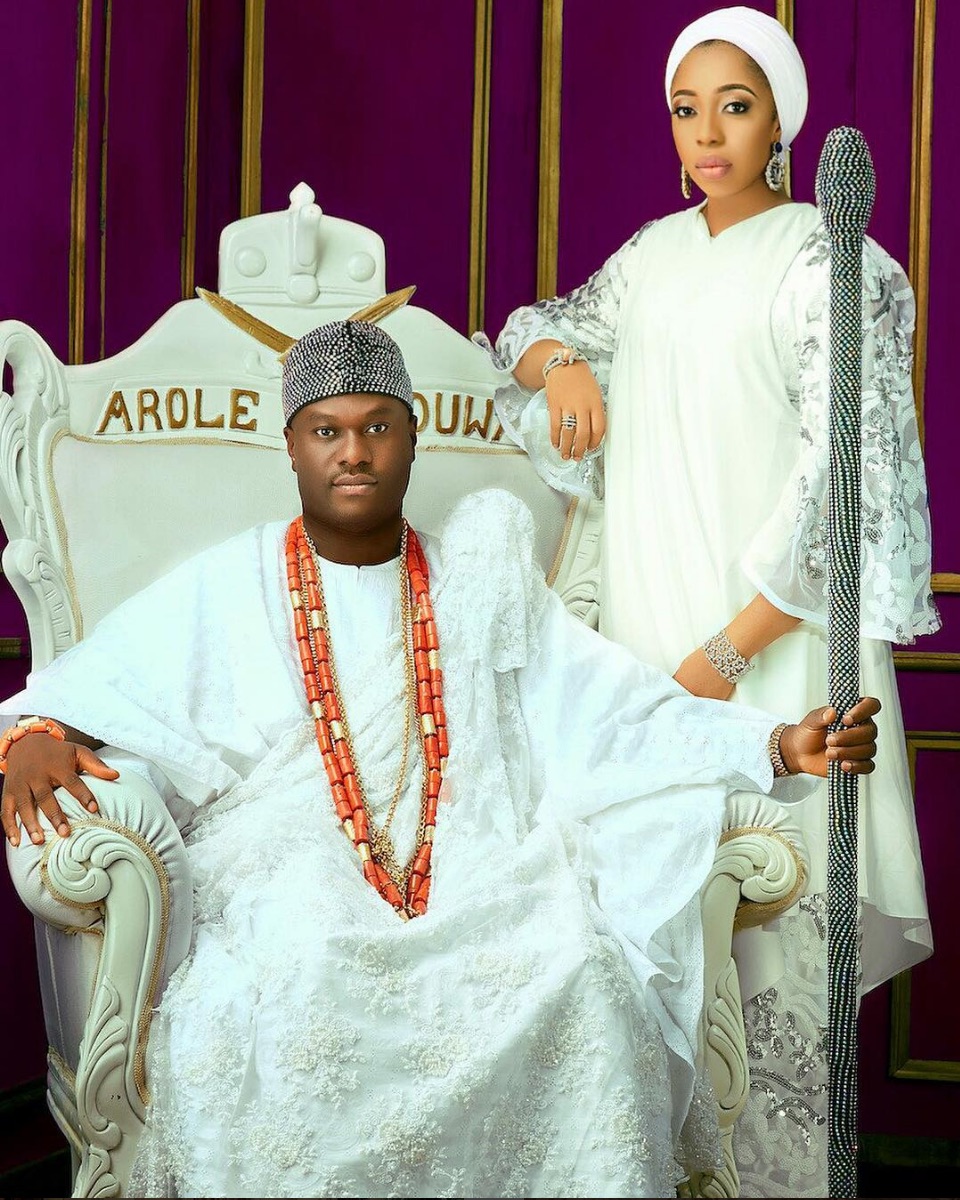 Very sweet!
You can see the clear bond between Ooni of Ife, Oba Adeyeye Ogunwusi and his wife Olori Wuraola-Zaynab Ogunwusi.

We observed the loving way he introduced her during their session at the Philadelphia Congress.

Expect more from the Ooni and Olori’s trip to the USA on BN.

So far, he has completed meetings with New Jersey Government and was honored by New Jersey Congress and Mayor plus given the key to the City of Newark.

Yesterday, at the Odunde Festival, King Ogunwusi preached a message of unity and equality amongst African Americans and the Black race as a whole.

We have royalty in Nigeria. From the Oba of Benin to the Emir of Kano and more. In Yorubaland, the Ooni of Ife holds a special place. Here you see His Imperial Majesty introduces his wife, Her Majesty Olori Wuraola-Zynab Ogunwusi to The House of Representatives in the US yesterday. Sweet! #OoniofIfe #TheOoniVisitsAmerica video credit: House of Representatives Social Media