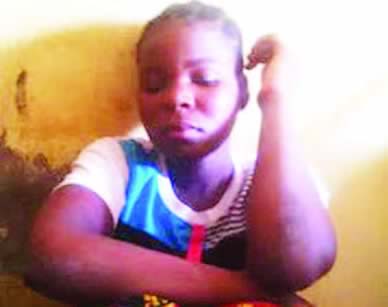 Last week, BN brought you the story of a woman who severely mutilated her stepson – cutting off his penis – in Niger state. Click here if you missed it.

22-year-old woman, Bara’atu Rabiu was arraigned before a Chief Magistrates Court in Minna on Monday on a one count charge of attempted homicide. She was remanded in prison by the court after arraignment.

According to PUNCH, the suspect has been married to her husband Mohammed Rabiu for seven years without a child.

She cut off the baby’s penis to punish her husband for marrying a second wife.

Niger state Police Public Relations Officer Bala James, said that the suspect intended to kill the child, adding that the child, who was named after President Muhammadu Buhari, survived the attack.

“The woman used a sharp knife to cut through the genitals of the one-month-old baby. She had been married to her husband for seven years without any child. So, out of pressure, the man decided to marry a second wife.

When the second wife had a baby, she became angry and frustrated. She thought the best thing to do was to kill the child.

On June 21, around 10PM, she took the baby to the backyard of their house and used a sharp knife to cut off his penis.

The cry of the baby attracted neighbours, who rushed to the place and found him in a pool of blood. The suspect wanted to run away, but she was overpowered. She was handed over to the police, while the baby was taken to a hospital,” he said.

Buhari was taken to the Accident and Emergency Ward of the Ibrahim Badamosi Babangida Specialist Hospital, Minna, after the incident where a surgical operation to enable him to pass out urine was immediately performed.

The Head of Department, General Outpatient Ward of the hospital, Dr. Ahmed Mohammed, said the boy might never regain the use of his private parts.

He explained that all the tissues in the affected part had been dead before he was brought to the hospital.

“He is doing well – health-wise. He survived the attack. However, there is no assurance of the penis getting back because all the tissues were dead when he was brought into the hospital. We just had to conduct a surgery for him to be able to pass urine.

Medically, for him to regain the use of his manhood will be difficult.  If the team that was supposed to work on him had been around immediately, maybe the situation would have been different. For such a case, you need a general surgeon, a neurologist and a plastic surgeon. But these were not available. His future right now is in the hands of God. Another possibility is if there is artificial attachment.

I really pity the boy’s condition. I cannot imagine that somebody will do this to a baby. It is better for the child to die than for him to be in this condition.  Even if he survives, what purpose will he be living for?,” he said.

Two NNPC Staff Remanded in Prison for Diversion of PMS