From Wizkid's Surprise Performance with Swiss Beatz to Jidenna's Shoutout to BellaNaijarians...Here are 6 Highlights from the One Africa Music Fest 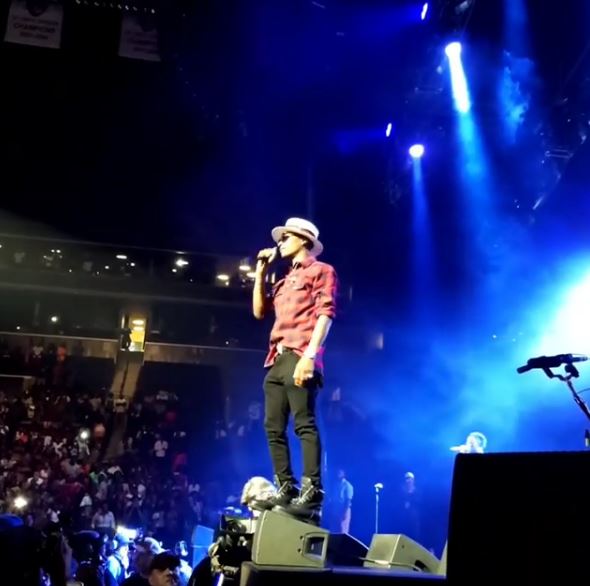 If you have not been keeping up with the #OneAfricaMusicFest happening in New York tonight via our @bellanaijaonline Instagram page, don’t worry this post has got you covered.

The show has been absolutely lit!

With performances from Wizkid, Davido, Flavour, Don Jazzy, Timaya and many more, it has been an amazing night for lovers of African music.

The whole week has been pretty amazing and model/actress @theMakidaMoka has been on BellaNaija duty all week bringing us the updates from the arrival of the superstars in New York to the wonderful sights in NY as well as the media rounds they had. Be sure to check it all out on our Instagram page.

For the main event, which wrapped up a few minutes ago, here are 6 highlights that you should not forget in a hurry 🙂

Praiz opened the show. Praiz and his dancers gave us quite the performance. Ghanaian act Stonebwoy joined him on stage too and they performed a new song.

Songstress Efya also came on stage to join the performance

Don Jazzy back on Stage

Timaya and Mavin Records CEO Don Jazzy got on stage to perform together at the One Africa Music Fest tonight. The performance was amazing and pretty symbolic because last year Don Jazzy said he’ll be retiring his music side but made an exception for this show.

Don Jazzy also made an appearance for Tiwa Savage‘s set when she performed “Eminado”. Watch below.

Have you ever seen Davido perform? His energy is amazing. His hypeman Special is also pretty energetic and together they shake up the audience. It’s always interesting to watch.

Flavour got on stage tonight and one of the songs he performed was his hit song “Ada Ada”. We shared a glimpse of the audience and one thing we can say is that the ladies love Flavour.

Wizkid Surprised Everyone with Swiss Beatz…

Wizkid was the closing act for the show and of course he had to end with a bang. He started off performing his song with “Femi Kuti” (and he actually sang and his voice is amazing) and then went into some of his oldie but goodie songs like “Don’t Dull”.

He also performed his hit song “One Dance” and to close the show he brought on American producer Swiss Beatz. We did not see that coming.

Makida caught up with Jidenna backstage and the Nigerian born rapper gave a shoutout to BellaNaijarians. Watch below.

Got to talk to @jidenna right after the show and he totally loves Bella Naija!!!! #BNinNewYork #BNatoneAfricaMusicFest #bellanaija #newyork #Jidenna #makidamoka

There’s going to be an after-party later on tonight and you can keep up with all the stars via our Instagram page. There are so many Nigerian stars in New York right now from Tiwa Savage to Cobhams, Sound Sultan, Praiz, Banky W and more.