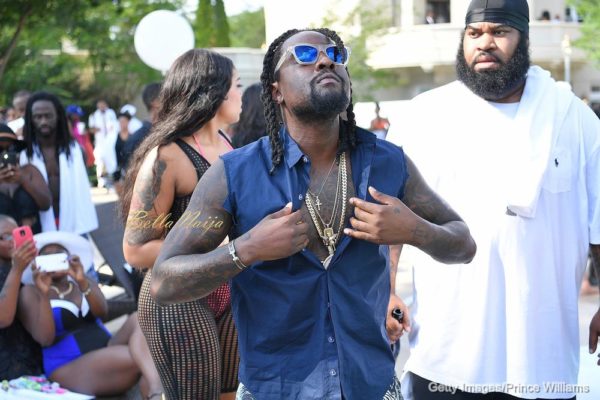 Wale is officially a daddy!

Rumors have been swirling that the rapper was expecting a child with his girlfriend Chloe Alexis and now, it seems like they are true!

TMZ reports that Wale had to cancel a performance in Brooklyn Friday night, July 22nd because Chloe gave birth to a girl early that morning in a hospital in New York after almost 72 hours of labour.

He was scheduled to take the stage at the Barclays Center for ‘One Africa Music Fest’ and gave hints via some tweets, “I never cried and smiled at the same time until today… She so beautiful slim… She perfect.” With two emojis of a baby and a bride.

I never cried and smiled at the same time until today . ???

She so beautiful slim… She perfect ?????

The road to fatherhood hasn’t been easy for Wale as he has always been very vocal about his attempts to start a family with Chloe. In songs like the ‘Matrimony’ with Usher, he detailed a miscarriage, “Cause when we lost our baby, I got shady, shit got too dark/Soft, and I thank you baby, you strong”.

Wale’s daughter’s name has been announced and it is Zyla Moon Oluwakemi.