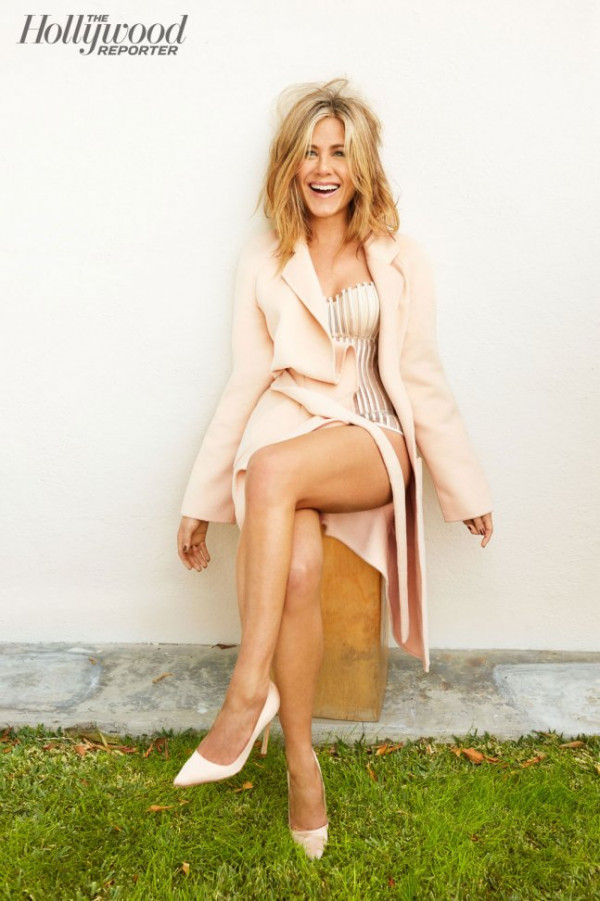 A couple of weeks ago some photos surfaced online actress Jennifer Aniston and her husband Justin Theroux on holiday. The photo sparked rumours that she was pregnant in some US tabloid magazines and now she has come forward to deny those rumours.

In an article written for Huffington Post, she also talks about the fact that the media is constantly body shaming women.

“For the record, I am not pregnant. What I am is fed up. I’m fed up with the sport-like scrutiny and body shaming that occurs daily under the guise of ‘journalism,’ the ‘First Amendment’ and ‘celebrity news.

“The objectification and scrutiny we put women through is absurd and disturbing. The way I am portrayed by the media is simply a reflection of how we see and portray women in general, measured against some warped standard of beauty. We use celebrity ‘news’ to perpetuate this dehumanizing view of females, focused solely on one’s physical appearance, which tabloids turn into a sporting event of speculation. Is she pregnant? Is she eating too much? Has she let herself go? Is her marriage on the rocks because the camera detects some physical ‘imperfection’?

“This past month in particular has illuminated for me how much we define a woman’s value based on her marital and maternal status. The sheer amount of resources being spent right now by press trying to simply uncover whether or not I am pregnant (for the bajillionth time… but who’s counting) points to the perpetuation of this notion that women are somehow incomplete, unsuccessful, or unhappy if they’re not married with children.

Yes, I may become a mother some day, and since I’m laying it all out there, if I ever do, I will be the first to let you know. But I’m not in pursuit of motherhood because I feel incomplete in some way, as our celebrity news culture would lead us all to believe. I resent being made to feel ‘less than’ because my body is changing and/or I had a burger for lunch and was photographed from a weird angle and therefore deemed one of two things: ‘pregnant’ or ‘fat.’ Not to mention the painful awkwardness that comes with being congratulated by friends, coworkers and strangers alike on one’s fictional pregnancy (often a dozen times in a single day).”

Another One in the Bag! Yemi Alade & Labelmate Geniuzz unveiled as Brand Ambassadors for NairaBox