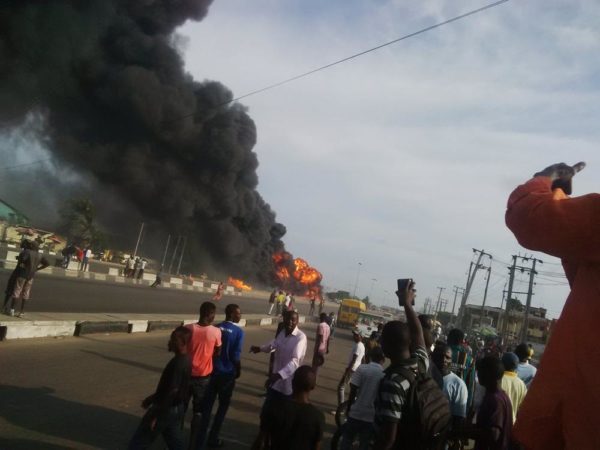 Authorities are currently battling the spreading inferno that resulted from the explosion of a petrol laden tanker.

Eyewitnesses say the tanker exploded after it collided with a bus at Cele Bus Stop, near Conoil filling station along Apapa-Oshodi Expressway.

The incident, according to eyewitnesses has cause heavy traffic from the Mile 2 area to Cele axis of Apapa-Oshodi Expressway

There were no reports on the casualty figure of the incident as at press time.

RMD calls out Jumia for Unauthorized Use of Photo