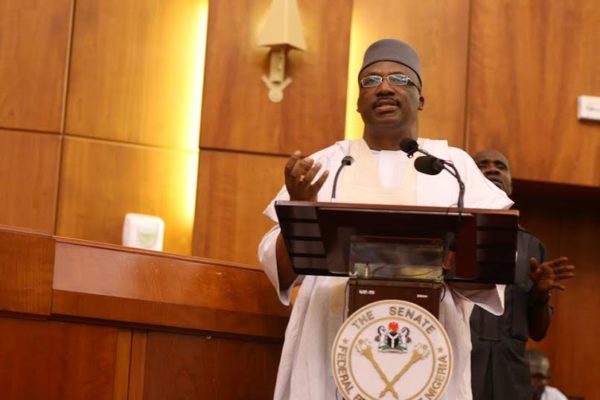 The Minister of Interior, Lt.-Gen. Abdulrahman Dambazau (rtd), on Wednesday said the military had defeated the Boko Haram fighters in the North-East.

Dambazau disclosed this in Port Harcourt at a two-day seminar with the theme: “Media Engagement in Crises Situation for Military, Security and Response Agencies,” partly organised by the Centre for Crisis Communication.

He said that the Federal Government was now focused on rebuilding and relocating the Internally Displaced Persons (IDPs) to their respective communities and homes.

“The war in the North-East with the Boko Haram has been fought and won – as the Boko Haram elements have been routed, degraded and are being decimated.

The task before us is winning the peace, as the victims are gradually returning to their homes, while government is rebuilding, reconciling, and rehabilitating the victims.

We are also in the phase where crisis management and communication become indispensable to build confidence and consensus among the people,” he said.

Represented by Willy Bassey, a Director in the Ministry, the minister said that government was now focused on partnering with the media to ensure that information was properly managed.

He said the country was currently faced with security challenges in form of cattle rustling, pastoralists and farmers clashes, militancy, kidnapping, cultism and secession agitations which required effective media management.

According to him, if information is not properly managed by the media, it could create a gulf between the people and government which would lead to undesirable outcomes and possibly engender crises.

“The media as a watchdog of the society is duty-bound to report the truth and balanced report while avoiding sensationalism, half truth, embellishment, misinformation, falsehood and blackmail.

Journalists should ensure internal cohesion, unity and harmony rather than fanning disunity, ethnic and religious disharmony, panic and fear as is being experienced in the Social Media,” he said.

Dambazau said the ministry was currently formulating and implementing new policies to boost operations of five security outfits under the ministry.

Earlier, Air Commodore Yusuf Anas (rtd), the Secretary, Centre for Crises Communication, said the seminar was aimed at bridging the gap in communication between the people, government and the media.

Anas said the seminar would brainstorm and proffer solutions to the existing communication gaps with the hope of mobilising stakeholders to promote effective communication management in the country.

The News Agency of Nigeria (NAN) reports that participants who attended the programme included information officers from the Defence Headquarters, Army, Navy, Air Force, the Police and Department of State Services (DSS).