Tragic! 7-year-old girl Dies after Elephant Threw Rock at Her in Morocco Zoo 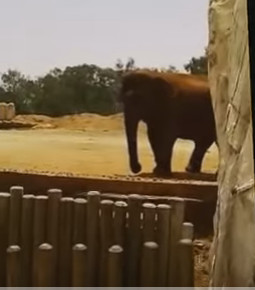 A seven-year-old girl has died after an elephant in a zoo in Morocco’s capital, Rabat threw a rock at her, BBC reports.

The rock hit her on the head.

A statement from the management of the zoo said that the tragic incident occurred on Tuesday and she died hours later at the hospital.

The statement said that the facility had guardrails and ditches between the animals and visitors, meeting the required international stands.

“Accidents of this type are rare, unforeseeable, and unusual. Accidents of this nature happened in international zoos, most recently in Disney World Orlando and the Cincinnati Zoo in the United States,” the statement added.

The management also expressed condolence to the family of the deceased.

Related Topics:MoroccoRabat Zoo
Up Next

Enugu, It’s Your Turn! Get Ready for the Grand Opening of “Club La Crest” | This Friday, July 29th