Dancer and mum of two Kaffy posted a topless photo of herself last night as she took time out to appreciate her body.

She captioned the photo, which was shot by Kelechi Amadi-Obi, with the words “My body is my art. My canvas. My paintbrush. My instrument of expression. #Beinspired #fitmom#dancemom #dancetrepenuer Be Happy In You!!! @kelechiamadiobi thanks for this! Inspired by@alibabagcfr : I celebrate this body as its a testimony of God’s ingenuity . A production factory . An abode for passion. A chamber for motherhood . A masterpiece.”

Her followers were quick to tell her that her photo was indecent and someone even suggested that it would encourage rape.

Defending her photo, she replied: 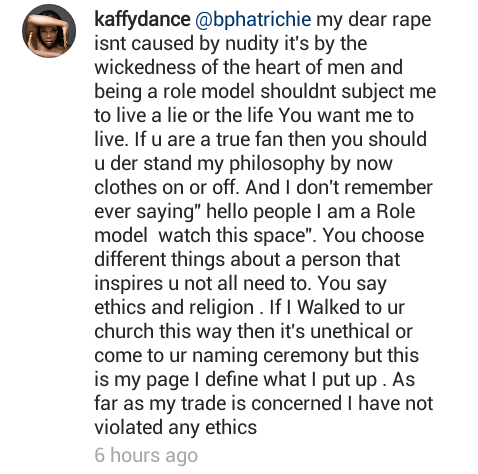 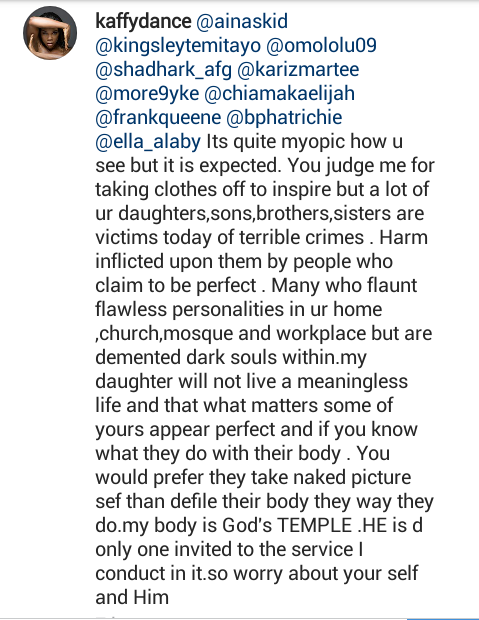 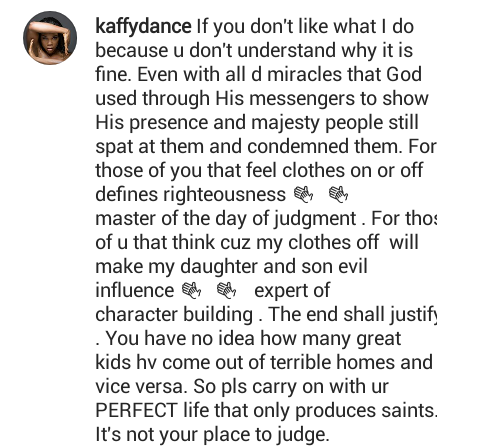