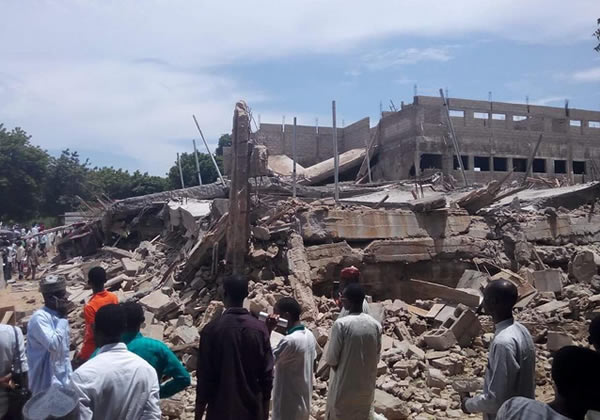 Scene of the collapse

A part of a building under construction at the Department of Architecture, Kano State University, Wudil collapsed on Monday, leaving about 5 persons injured.

The University’s Vice Chancellor Professor Shehu Musa, reacting to media reports that 20 persons lost their lives in the incident confirmed this at a press conference held at the NUJ Press Centre Kano.

“No student sustained injury during the building collapse. We want to assure parents that our students are safe. Immediately after the incident, we mobilised security agencies and Health workers from within and outside the University Community to the scene of the incident,” PUNCH quoted Musa as saying.

He said that of the 5 injured, 2 had already been discharged, while only 1 suffered a fracture.