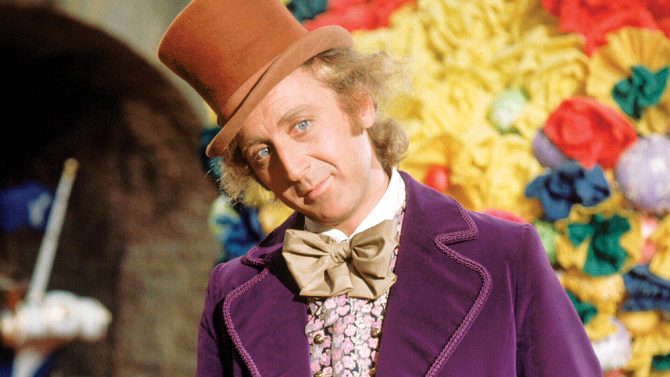 Blue-eyed actor, Gene Wilder, who was best known for his roles in Hollywood classics ‘Young Frankenstein’  and ‘Willy Wonka and the Chocolate Factory’ amongst others, has died.

In a statement made by his lawyer, it has been reported that he died on Sunday in Stamford, Connecticut from complications arising from Alzheimer’s disease. His family has also confirmed the news. Wilder was 83.

Wilder is most fondly remembered as the captivating candy man and “Pure Imagination” crooner of Willy Wonka and the Chocolate Factory.

Some of his other classic works include ‘Blazing Saddles’, helmed by Brooks and co-written by Brooks and Pryor, and ‘Bonnie and Clyde’ which are among Wilder’s roughly three dozen TV and film credits.

He was twice nominated for an Oscar in the Best Supporting Actor for ‘The Producers’ and in the screenplay category for ‘Young Frankenstein’.

Wilder was previously married to Saturday Night Live star Gilda Radner, and in the wake of her death in 1989, he became a leading proponent of ovarian cancer screening and research. He’s survived by his fourth wife, Karen Webb.

Gene Wilde was born Jerome Silberman on June 11, 1933, in Millau keep, and became a comic actor for a tragic reason: His mother suffered from heart disease, and since it was feared stress would kill her, laughter was demanded.

Wilder, who went on to be one of the screen’s leading neurotics, would trace his own neuroses to the experience.

30 Years on top of her Fashion Game & Naomi Campbell is as Fierce as Ever!