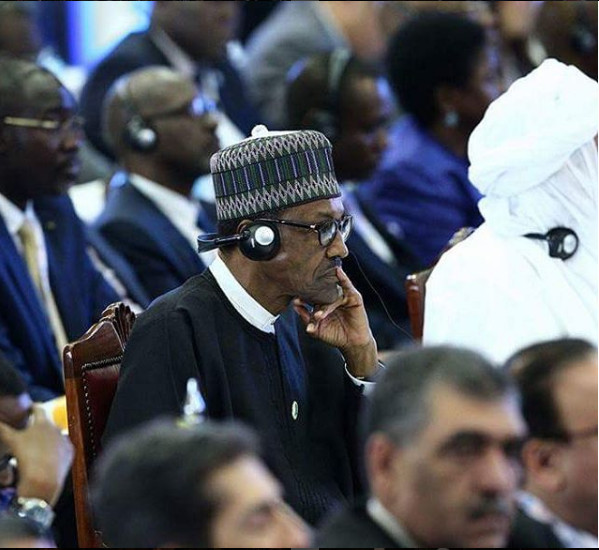 The Presidency has listed the gains of President Muhammadu Buhari’s participation in the just concluded 6th Tokyo International Conference on African Development (TICAD VI) to include the billions of dollar to be injected into African economies by Japan.

A statement issued in Abuja on Tuesday by Garba Shehu, the Senior Special Assistant on Media and Publicity to the president, said the Japanese Government had pledged to expend $40 billion to boost the African economies in the next four years.

He gave the breakdown of the amount as $10 billion to be injected in the next 12 months while the remaining $30 billion would be expended over a three-year period on areas key to African economies, targeting infrastructures such as roads, energy, ports, hospitals and training institutions.

According to him, the TICAD seeks a win-win partnership between Japan and Africa.

He added that a key objective of the conference was to build up African ownership of its own vision of growth and development.

“In furtherance of this, Japan seeks to differ with the other players on the continent by placing emphasis on high quality infrastructure that do more than job creation by transferring technology through the training of youth and women.”

According to Shehu, for Nigeria in particular, the conference’s milestones include the important meeting between President Buhari and Prime Minister Abe, at which event problems militating against the inflow of Japanese investment into Nigeria were discussed and agreed upon.

“Japanese companies had done a lot by way of investment in the past in Nigeria but there has noticeably been a drop in the last decade or two. Chiefly to blame is the problem of security, disguised in official discussions as ‘business environment’,” he said

He stated that President Buhari used the meeting effectively in giving assurances that the problem was being addressed.

“Boko Haram terrorism is nearly gone and sabotage in the Niger Delta will soon be ended preferably through dialogue and if not, by force of arms.

Coming into close personal contact for the second time, the two leaders discussed the issues of trade and investment, health, peace and development of the continent.

In addition, they discussed issues in diplomacy and international relations.

At this meeting, he announced the coming into place of a soon-to-be inaugurated ‘Presidential Enabling Business Council, PEBEC’.

He described it as an inter-ministerial council to oversee the efforts of government to remove various bottlenecks that stifle business and economic activity to give way to the right enabling environment and investment climate in Nigeria.

It will be powered by the government but will be private-sector driven.

According to its vision, the PEBEC will make Nigeria one of the most attractive business destinations in the world.

It will start with the modest effort of moving the country up 20 points in the World Bank ranking in the ease of doing business in the first year, taking it into the top 100 at the end of the four-year mandate of the current administration,” Shehu said.

Shehu announced that the third takeaway was on the sidelines of the TICAD where the Nigerian government delegation met a good number of big Japanese enterprises.

“Collectively and individually, these businesses expressed their intention of either coming in newly or expanding their participation in Nigeria’s private sector.

He stated that at these meetings, they explored the scope for the incentive packages the Nigerian government would give them to deepen and expand their investments.

Shehu said the fourth important takeaway of the conference was the formation of a new group KENSA made up of industry leaders on the continent, Kenya representing East Africa, Egypt for North Africa, South Africa for the South and Nigeria, from West Africa.

The Presidential aide said the fifth takeaway of the conference was that Nigeria and Kenya seized the opportunity of the meeting of their leaders to strengthen bilateral relations and follow up on the achievements of the State Visit to Nairobi by President Buhari, earlier this year.

“From the time of the visit, both countries have seen a growing impetus for trade and investment between them.

Kenya which discovered oil lately is picking lessons from Nigeria’s vast experience in oil and gas.

Nigeria is learning from Kenyan experience in managing animal grazing.

There are efforts on both sides to share experience and promote private sector participation in trade, cooperatives, micro finance, cotton farming and palm oil processing,” he said.

Shehu disclosed that under the auspices of the Bank of Industry and the Nigerian Investment Promotion Council (NIPC0), several memoranda of understanding were signed between Nigerian parties and their foreign counterparts.

“From many of these, investments and jobs would follow.”

He noted that the conference was significant in the sense that this was the first time it took place in Africa. “They met in Japan all the time in the past.”

According to him, another significant departure is the recognition of the role of the private sector in the economic take-off of the continent.

“In this respect, more than 100 Chief Executive Officers, CEOs from leading Japanese companies accompanied Prime Minister Abe. This is a clear indication that more and more Japanese companies are eyeing the African continent. A modest number of Nigerian business and state-owned enterprises were equally present.’’

The TICAD was being held every five years from the time it started in 1993 until the last one in 2003 when it was decided that it should be convened every three years instead.

On the President’s delegation were the Ministers of Agriculture, Health, Budget and National Planning, and Industry, Trade and Investment.

There were also the National Security Adviser (NSA), and the Director-General, National Intelligence Agency (NIA).

“Members of the delegation expressed satisfaction with the outcome of the conference and the side engagements,” Shehu said.