Have You Seen the Presidential Statement on Twitter Suspension in Nigeria? 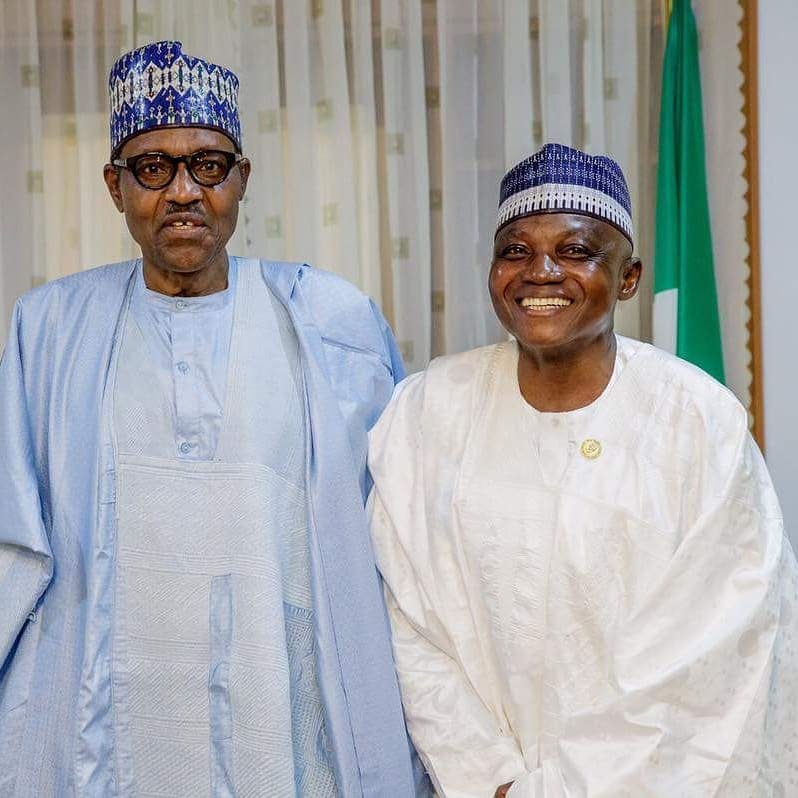 On Friday, the Federal Government placed a ban on Twitter in Nigeria and there has been a whirlwind of reactions following this decision.

From Nigerians reacting in opposition and Twitter responding with deep concern to the diplomatic missions of Canada, the European Union (delegation to Nigeria), the Republic of Ireland, Norway, the United Kingdom, and the United States releasing a statement.

The Senior Special Assistant to the President on Media and Publicity, Garba Shehu has released a presidential statement on the Twitter suspension in Nigeria.

The statement says that the temporary suspension is not just a response to the removal of President Buhari‘s Tweet, although it was disappointing, but that there have been problems of misinformation and fake news spread with the social media platform.

“Twitter does not seem to appreciate the national trauma of our country’s civil war. This government shall not allow a recurrence of that tragedy,” the statement added. 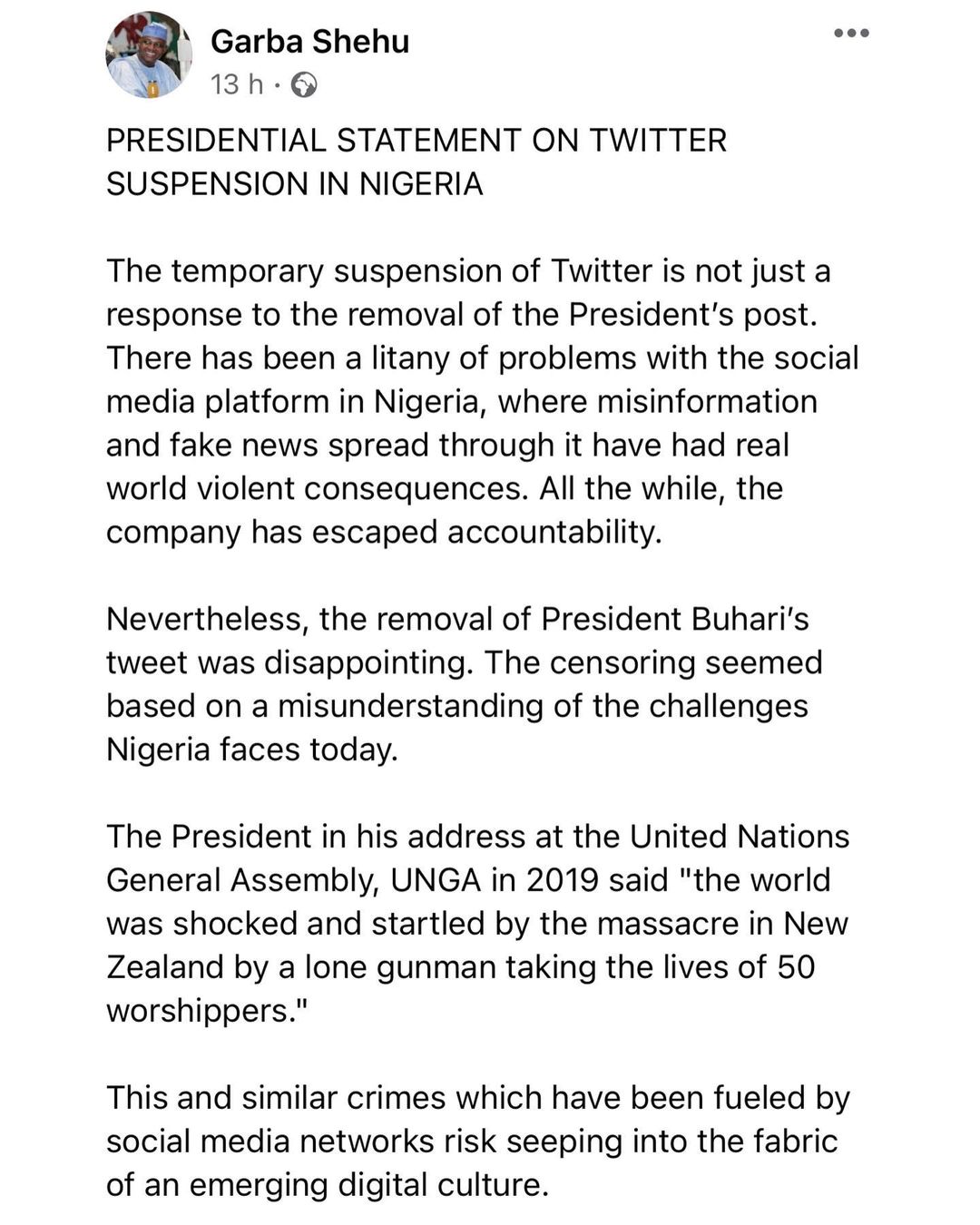 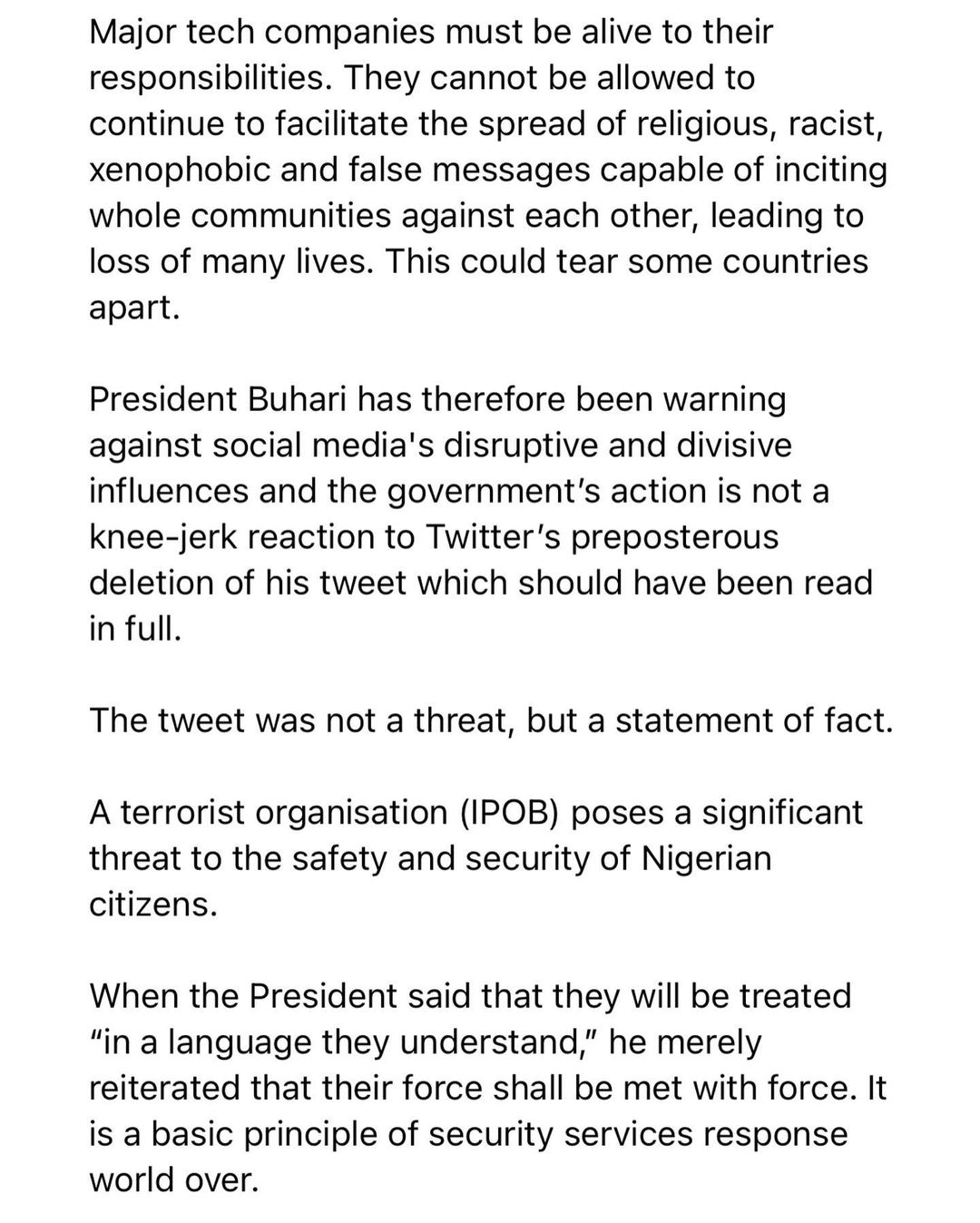 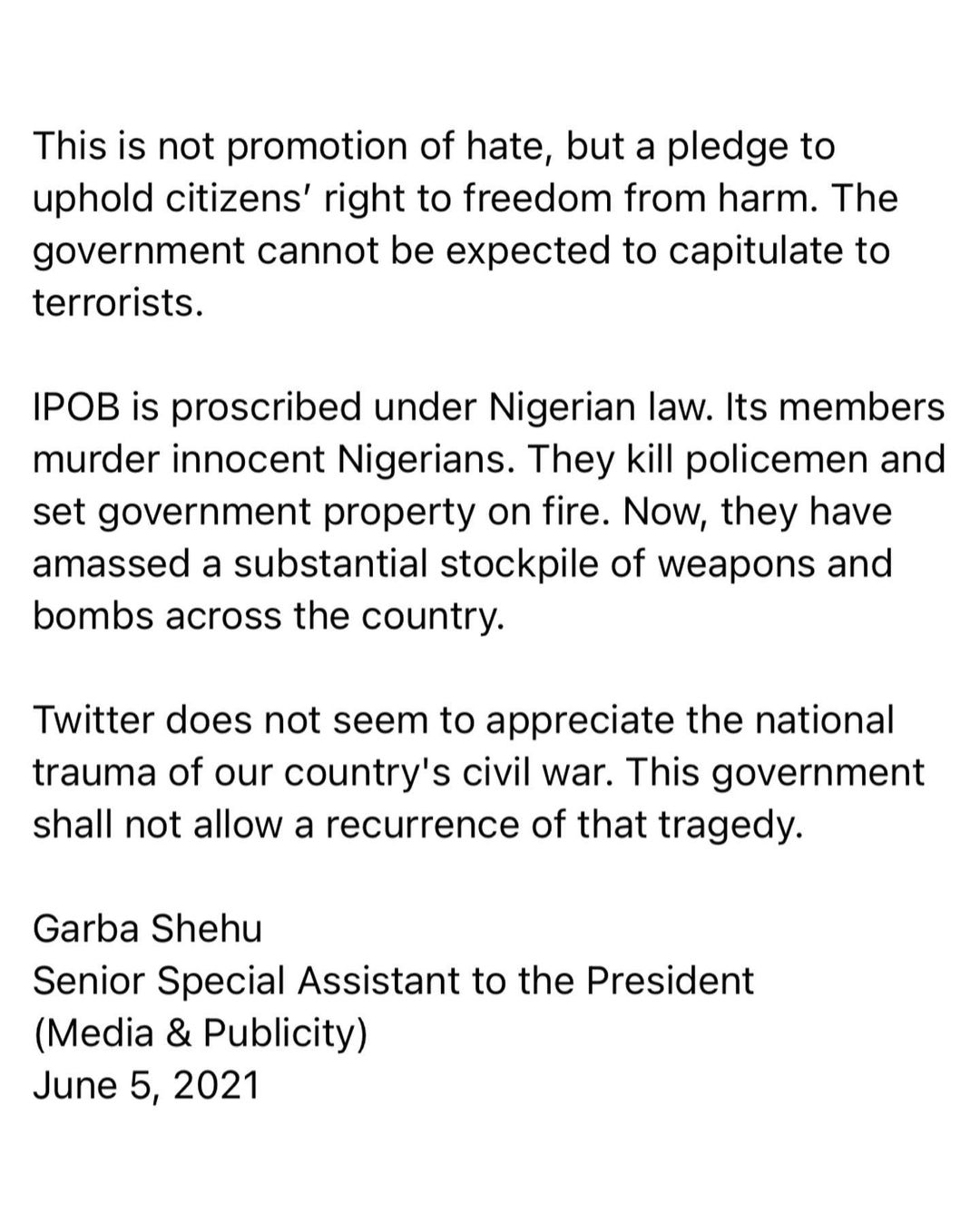 Prophet T.B. Joshua has Passed On