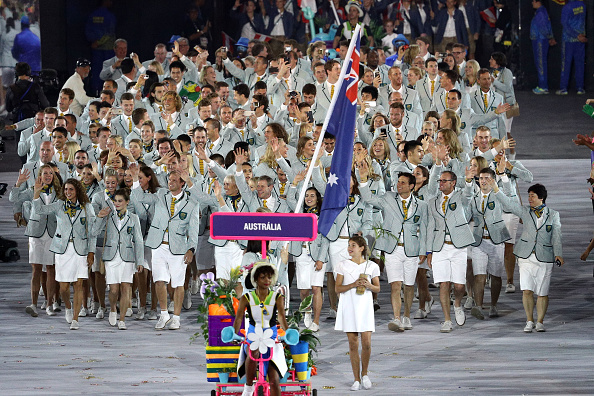 Nine Australian Olympians have been fined for falsifying documents, an offence that can carry a prison sentence of up to five years in Brazil.

They were attempting to get better seats at the Australia vs Serbia men’s basketball semi-final at the Rio Olympics without proper accreditation.

The News Agency of Nigeria (NAN) reports that the athletes were questioned by police on Friday and released on Saturday.

Also, rowers Olympia Aldersey, Fiona Albert and Lucy Stephan, and hockey player Simon Orchard were the rest of those involved.

Fiona de Jong, chief executive of the Australian Olympic Committee (AOC), said the athletes entered the arena by “mistake” and that “no-one was arrested”.

“Every jurisdiction has their own local laws, and we are in Brazil. So, we understand that our athletes need to adhere to the Brazilian law,” said de Jong, adding the athletes had been dealt with “fairly”.

She however acknowledged that the process of putting a sticker on your accreditation with another venue access code on it is “traditional” at Olympic Games.

Chiller added that she was “disappointed” at the athletes’ treatment, adding: “We have and will continue to provide as much support and counselling to them and their parents”.

The latest incident comes after Australian swimmers Emma McKeon and Josh Palmer were issued with a curfew after staying out late drinking on Tuesday.

McKeon will now be allowed to attend the Olympic closing ceremony on Sunday after appealing successfully against the decision to ban her.