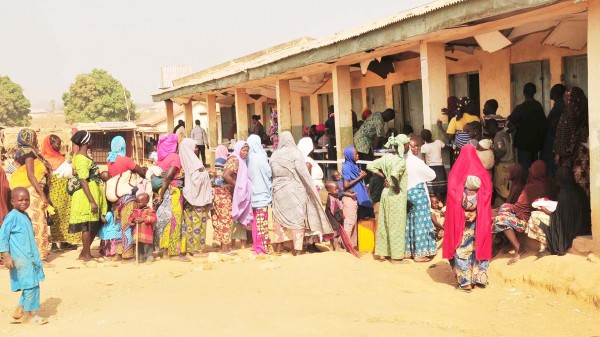 Northern Governors have set May 29, 2017 as the target date when all Internally Displaced Persons (IDPs) camps would be closed, after resettling the IDPs to their homes, Leadership Newspapers reports

Governor Kashim Shettima of Borno state, disclosed this while speaking to State House correspondents after a closed door meeting between the visiting U.S Secretary of State, John Kerry, and some Northern governors.

“On the issue of resettlement, the bulk of IDPs are from Borno State, the population of maiduguri has swelled from two million to three million now. And where there is a will there is always a way. Believe me by May 29th next year we want our people to go back to their homes.

We are going to marshal whatever resources with or without international support to see that we have restored the dignity of our people. We cannot wait for eternity for manner from heaven, (or help) from international community to develop our communities. The biggest IDP camps is in Kenya, the Kenyan government has finally summon the political courage to close down that camp. In most of the camps there is challenge of early marriages, child prostitution, drug abuse, of gangsterism etc,” Shettima stated.

Do You have Faulty Equipment? Are you looking for the Best Place to Fix it? The Repair Shop it is!