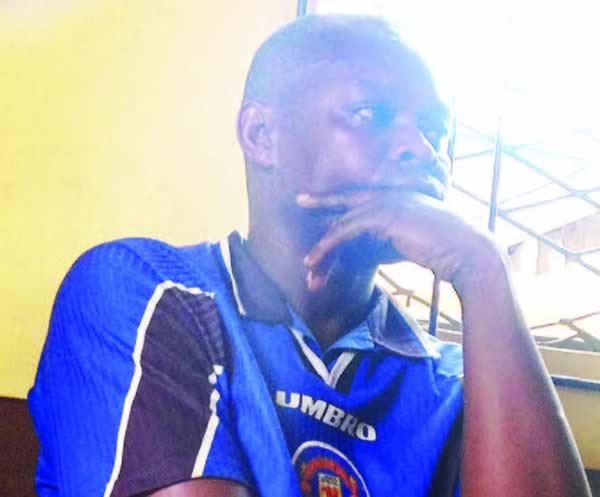 The Ogun State Police Command and the Zone 2 Police Command have released separate statements on the issue of Joe Chinakwe, 40, the trader who is being prosecuted after he named his dog “Buhari”, inscribed the name on the dog, and paraded the dog on the streets in the Sango-Otta area of Ogun State.

In the statement, it was noted that the case has no connection with President Muhammadu Buhari, and that Chinakwe “was actually attacked by the people around”.

However, nothing was said concerning the people that “actually attacked” the suspect.

Read the statement from the office of the Zone 2 Police Command:

The attention of the Assistant Inspector-General of Police in charge of Zone 2 Command, Lagos, AIG Abdulmajid Ali, has been drawn to series of uncomplimentary comments and publications in respect of the case of a man, Joe Chinakwe, who was arrested and charged to court by the Ogun State Police Command for naming his dog ‘Buhari’ and wishes to state categorically that the matter was grossly misconstrued.

The Zonal Command wishes to clarify and set the records straight that the case, as it was erroneously perceived, has nothing to do with the President of the Federal Republic of Nigeria, President Muhammadu Buhari, but with one Alhaji Buhari, the biological father of the complainant, Halilu Umar, all of Ketere Area, Sango Ota in Ado Odo Otta Local Government Area of Ogun State.

Also, it’s fundamental to state that the man was not charged to court for christening his dog Buhari, but for the behaviours of the suspect and circumstances surrounding the matter when Mr. Joe, who had been having conflicts with his neighbour, (complainant) named his dog Buhari, his neighbour’s father’s name, inscribed Buhari on both sides of the said dog, and started parading the dog with swagger amongst his neighbours and/ traders who are mostly northerners.

The said Joe was actually attacked by the people around for his action before he was rescued by the police. The timely intervention of the police prevented a crisis or inter-tribal crisis in the area.

The Assistant Inspector-General of Police in charge of Zone 2 Lagos, AIG Absulmajid Ali, appeals to the general public to understand the action of the police in the matter, which is in consonance with the primary duties of the Nigeria Police Force as enshrined in the constitution of the Federal Republic of Nigeria and accept it as a professional way of preventing total breakdown of law and order,” the statement

In it’s own statement by its spokesperson, Abimbola Oyeyemi, the Ogun state Police Command also said the president had no connection with the matter.

“The attention of Ogun State Police Command has been drawn to a story in some section of the media regarding the case of Joachim Iroko who named his dog Buhari and was subsequently arrested and charged to court.

The fact of the case is that one Alhaji Halilu Umar ‘m’ of Ketere area went to Sango Police stationto report his neighbour whom he claimed provoked him by inscribing his father’s name ‘Buhari’ on both sides of his dog knowing fully well that it was his father’s name.

The suspect was invited and he did not deny the allegation. All efforts to resolve the matter amicably between the two parties proved futile and it was about to degenerate to a serious crisis within the area, hence, the command took a proactive step by charging the case to court in order to avert unnecessary blood shedding.

The command wants to make it clear to members of the public that the case has nothing to do with the President as some media are painting it to be. It is a clear case between the complainant and the suspect whose action was seen as one that is likely to cause breach of peace.

It is the duty of the police to protect life and property, and also guard it against anything that could lead to the breakdown of law and order which is exactly what we did in this case,” the statement read.

Stuck on Where to get Souvenirs for your Occasions and Events? Introducing Online Party Favours Marketplace – Lucy.ng!