All the Way UP! Rok Studios is Reaching for the SKY - Get the Scoop on the Upcoming Launch 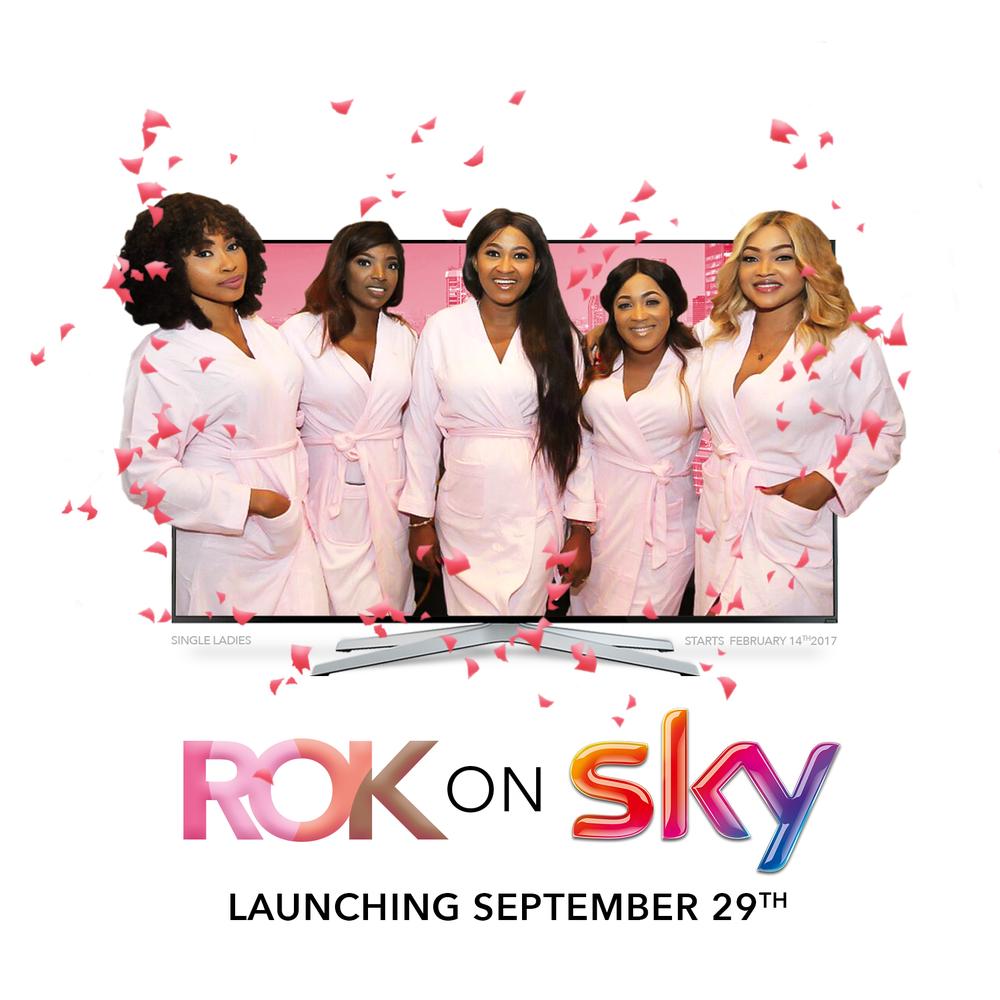 Rok Studios, home to blockbusters such as Husbands of Lagos, Desperate Housegirls, Losing Control and Cougars is reaching for the Sky. Literally. The award-winning Nollywood film studio, headed by actress and producer Mary Njoku, is launching on Sky in the UK on Thursday, September 29th, 2016.

Mary Njoku and her Nollywood friends have been alluding to something big for some time on their social media accounts, with many stars congratulating their film producer colleague and using #SkyIsTheBeginning – we now know that they were preparing for their biggest Nollywood journey yet – a channel showing Rok movies, TV shows and magazine shows, aired 24 hours a day, seven days a week. 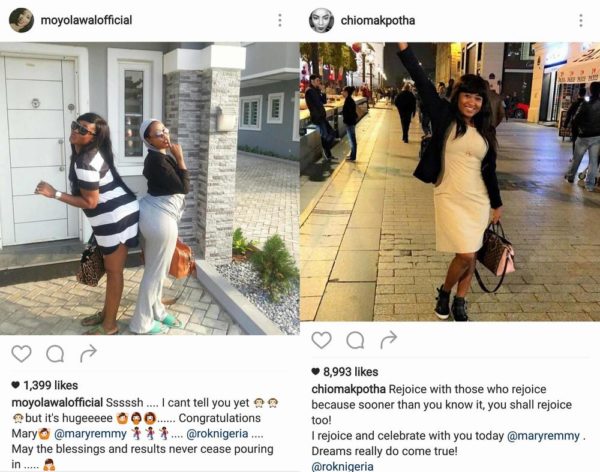 Rok on Sky will be available as a free-to-view channel for all Sky subscribers – that’s around 10 million homes in the UK. Showing awesome originals, such as Single Ladies, Banks Chronicles and Bloodline, as well as some of the most recent smash hit movies, Walking Away, Aso Ebi and Forever.

And it doesn’t stop there, amidst launching a new TV channel, Mary Njoku still continues to be busy on-set, having recently just wrapped up filming on Single Ladies, The Rok team has been ramping up production schedules in advance of the Sky launch, to ensure the channel has plenty of exclusive new content for its viewers.

“I am so happy to finally be able to share the news of this UK Sky channel with Rok fans. We have been working towards this for some time, and now we are launching in just a few weeks – we are all super excited. As a production house, we are obsessed with curating amazing African content and telling African stories our way – and with this next big chapter in the Rok story, we can give millions more people the chance to enjoy our movies and TV series.

“Rok is fortunate to have worked with so many of the screen greats – the likes of Mercy Johnson, Mercy Aigbe-Gentry, Ini Edo, Desmond Elliot, John Dumelo, to name a few. These actors are instrumental in bringing our storytelling to life. We are also blessed to have a dedicated, hard working and creative production team, who work tirelessly to ensure we release amazing content. Together, as the Rok family, we are now bringing our beloved Nollywood content onto its biggest platform yet – Sky”.

Timed to celebrate Nigeria’s Independence Day, Rok on Sky will launch with a bang in the UK on 29th September, followed by a Gala Launch at 8 Northumberland on Friday, September 30th 2016. Nollywood glitterati, including Alexx Ekubo, Chioma Chukwuka, John Dumelo, Oge Okoye, Mercy Aigbe Gentry, Ini Edo, Annie Idibia, Yul Edochie, Jackie Appiah, Nse Ikpe-Etim, Patience Ozokwor, Segun Arinze, Funke Akindele and many more have already been confirmed on the guest list, with a red carpet hosted by none other than Denrele Edun.

“London won’t know what has hit it – Nollywood is going to take over the city. We’re also hoping to see many of our fans at the Rok on Sky gala launch as well – we are eternally grateful to all the Rok fans who’ve been with us along the way”. 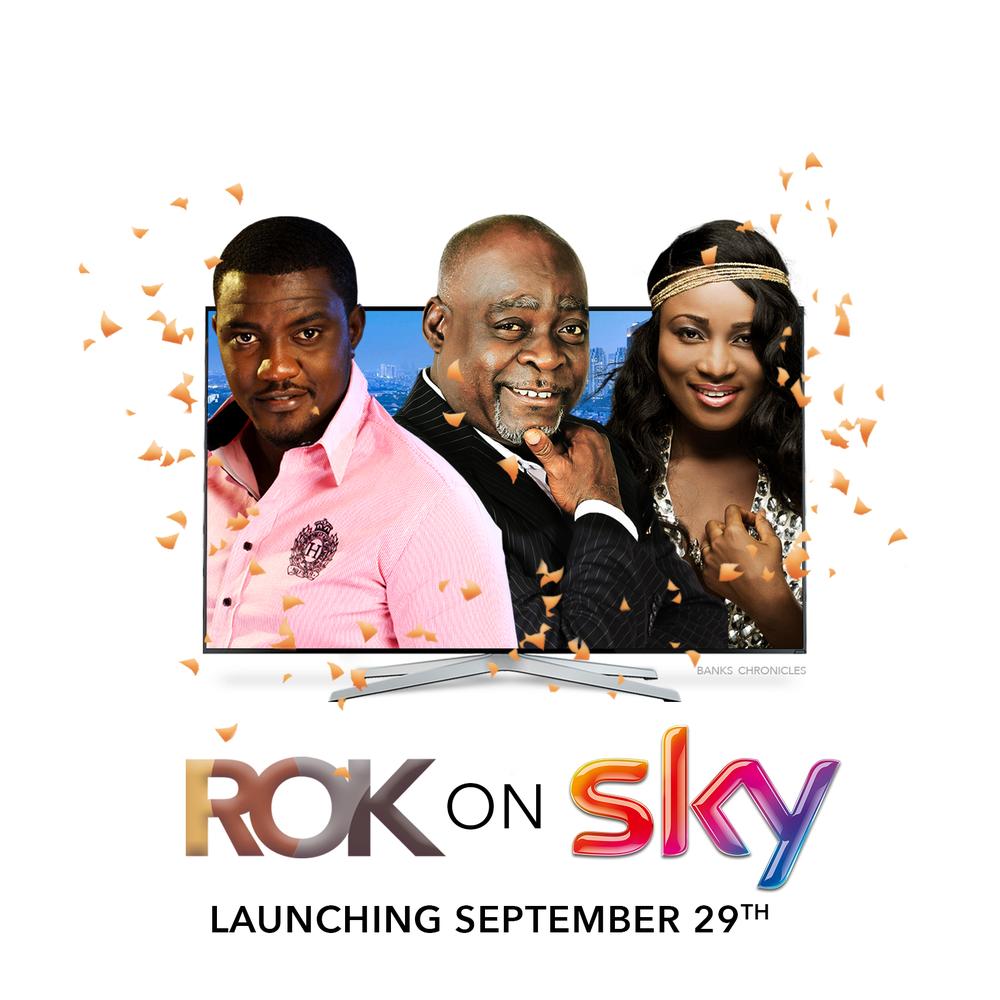 Rok Studios launched in 2013. Rok Studios is a leading African film and television studio and production house based in Lagos, Nigeria. They specialize in the creation of content in partnership with the industry’s foremost creative talent. Rok has developed, produced and financed film and TV series for distribution platforms globally. Rok owns one of the larger content libraries in Nigeria, with blockbuster films and series, as well as an Animation Studio called Rok Animations Studios.

That moment when House on the Rock Church, Natives FilmWorks, Michelangelo Productions & Bolanle Austen-Peters Production came together to Premiere “93 Days” Movie in Lagos