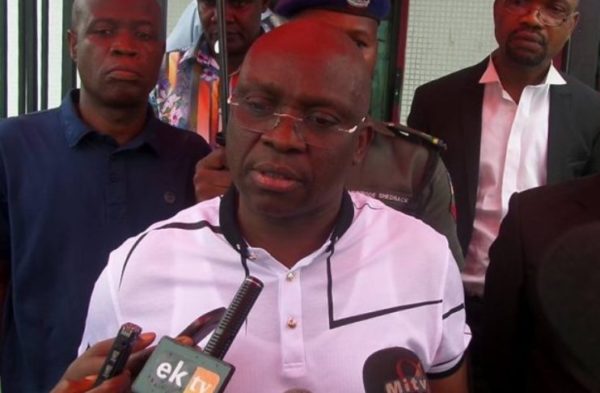 Ekiti State Government said on Thursday that it had set aside N1.9 billion for the construction of a new Governor’s Office and High Court complex in Ado-Ekiti.

The Commissioner for Works and Transportation, Funmi Ogun, made this known during an open bidding for the two projects in Ado-Ekiti.

Ogun said that the projects were conceived as part of plans to the state a face-lift in terms of infrastructure development.

She said that when completed, both projects would add to the existing legacy projects of the present administration in the state.

The commissioner stated that the open tender confirmed the transparency of Fayose’s government and its commitment to prudent management of the state’s lean resources.

“What we are doing today confirms the transparency of our government. It shows that Gov. Fayose is incurably committed to giving Ekiti a face-lift and make Ado Ekiti capital city a real modern city.

Ekiti will clock 20 years on October 1, 2016 and we have to embark on projects that will make Ekiti a developing state that can compete with other capital cities in terms of infrastructure.

The High Court we are presently using was inherited from the old Ondo state and constructing a new one of our own will afford us the opportunity to put state-of-the-art equipment,” she said.

She Leads Africa: 5 Tips For Keeping Your Business Afloat