Here's an Update on the Coronavirus in Nigeria 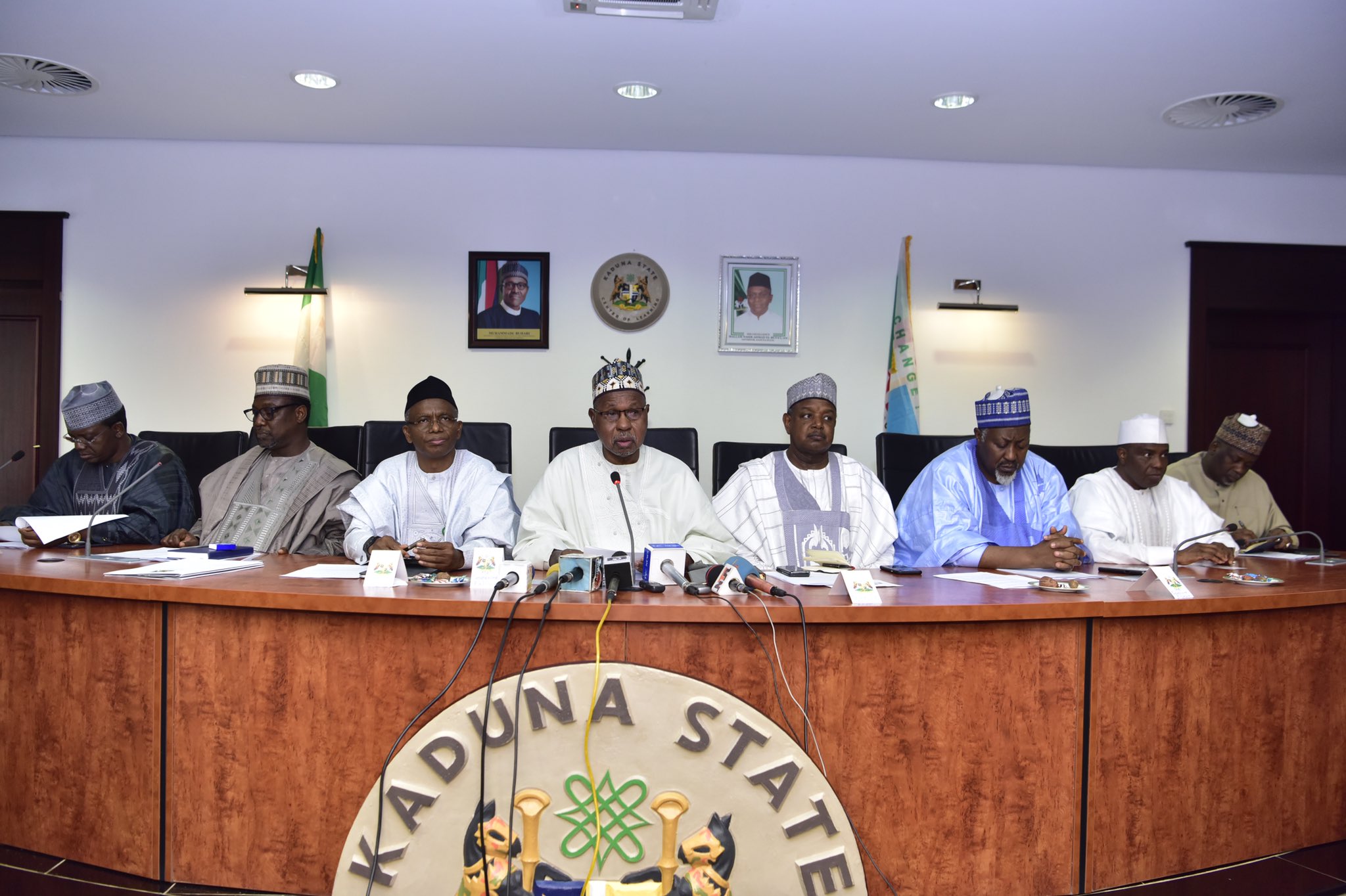 On Wednesday, five new cases of coronavirus were reported in three states of Nigeria and since then, a number of precautionary measures has been undertaken by the federal and state governments to manage the situation and hopefully prevent an outbreak of the deadly virus in Nigeria.

On Wednesday, Ekiti state recorded its first case of coronavirus alongside 4 other cases in Lagos State. The state government has now given an official statement on the first carrier of the virus in the state.

The report reveals that the person is a 38-year-old from Ekiti who possibly contracted the virus from a white man who was visiting Nigeria from the USA alongside his caregiver who is also from Ekiti State. The state government has started the process of contact tracing in collaboration with World Health Organization and the Federal Ministry of Health.

The government of Oyo State has also been contacted because the patient spent two weeks in Ibadan before heading to Ekiti State. 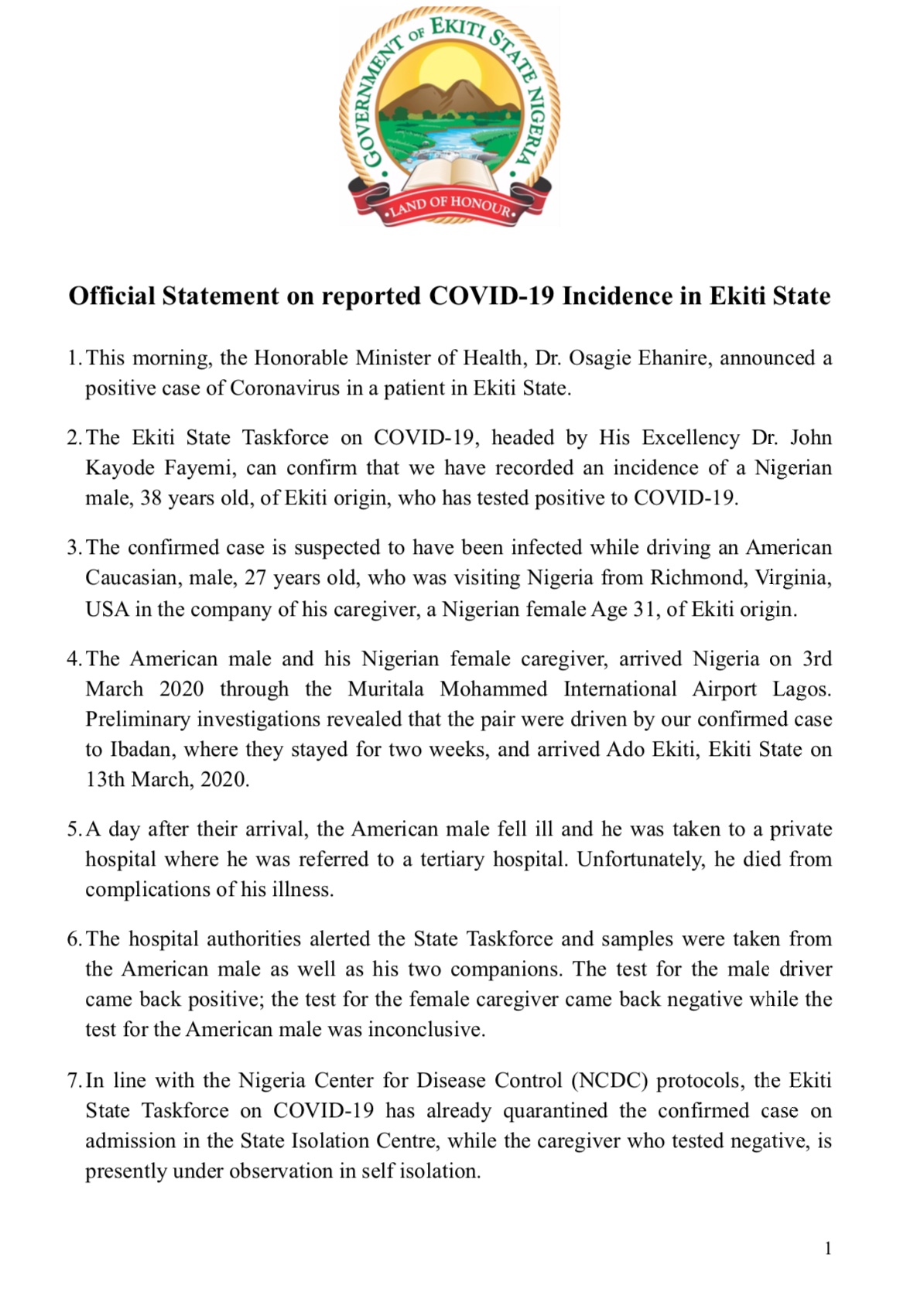 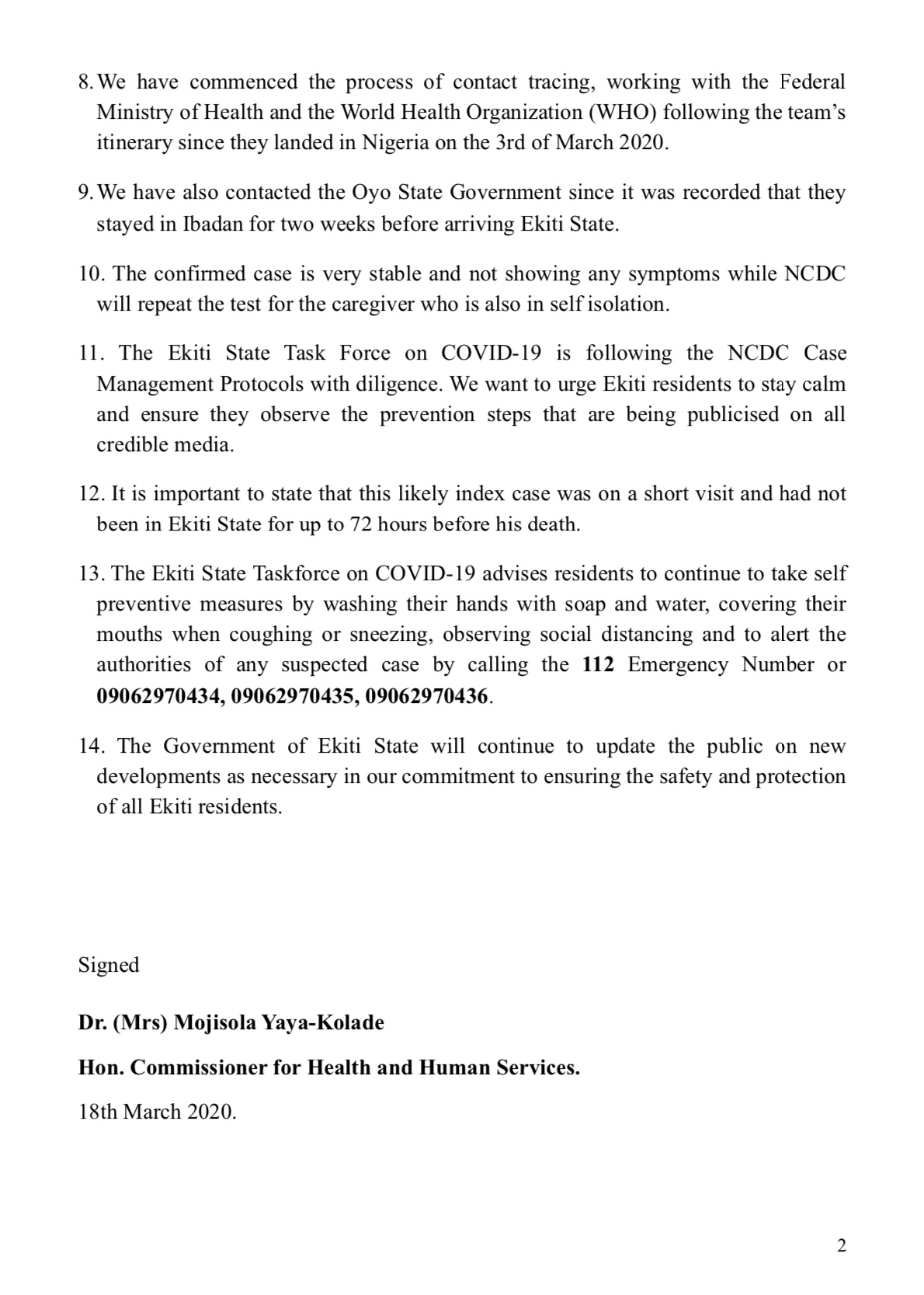 Northern Governors have shut down schools for 30 days

Northern governors, after a closed-door meeting in Kaduna on Wednesday, revealed that they are closing schools for 30 days, as it has become necessary to prevent the spread of the virus in the region.

Katsina State Governor, Aminu Masari, who is the chairman of the forum, said that the closure will take effect from Monday, 23rd of March, 2020. He added that the governors will meet with examination boards in their states to discuss the schools’ closure.

While the meeting was attended by governors of Katsina, Zamfara, Sokoto, Jigawa, Kebbi, Kaduna and Niger States, Governor Abdullahi Ganduje of Kano State was represented by his deputy, Nasiru Gawuna.

The Central Bank of Nigeria (CBN) on Wednesday announced an N1.1tn intervention fund to support critical sectors of the economy amid the ravages of the coronavirus.

The CBN Governor, Godwin Emefiele said in a statement that out of the N1.1tn, about N1tn will be used to support the local manufacturing sector as well as boost import substitution, Punch reports.

He added that the balance of N100bn will be used to support the health authorities to ensure laboratories, researchers and innovators work with global scientists to patent and produce vaccines and test kits in Nigeria following the coronavirus pandemic, so that the country can prepare for any major crises ahead.

Emefiele said given the continuing impact of the disease on global supply chains, the CBN will increase its intervention in boosting the economy.

First, the CBN is directing all Deposit Money Banks to increase their support to the pharmaceutical and healthcare industries.

In local drug manufacturing, in increased bed count in hospitals across Nigeria, in funding intensive care as well as in training, laboratory testing, equipment and R&D. In addition to the N50bn soft loans to small businesses already announced, the CBN will increase its intervention by another N100bn in loans this year to support health authorities.

Secondly, given the continuing impact of the disease on global supply chains, the CBN will increase its intervention in boosting local manufacturing and import substitution by another N1tn across all critical sectors of the economy. 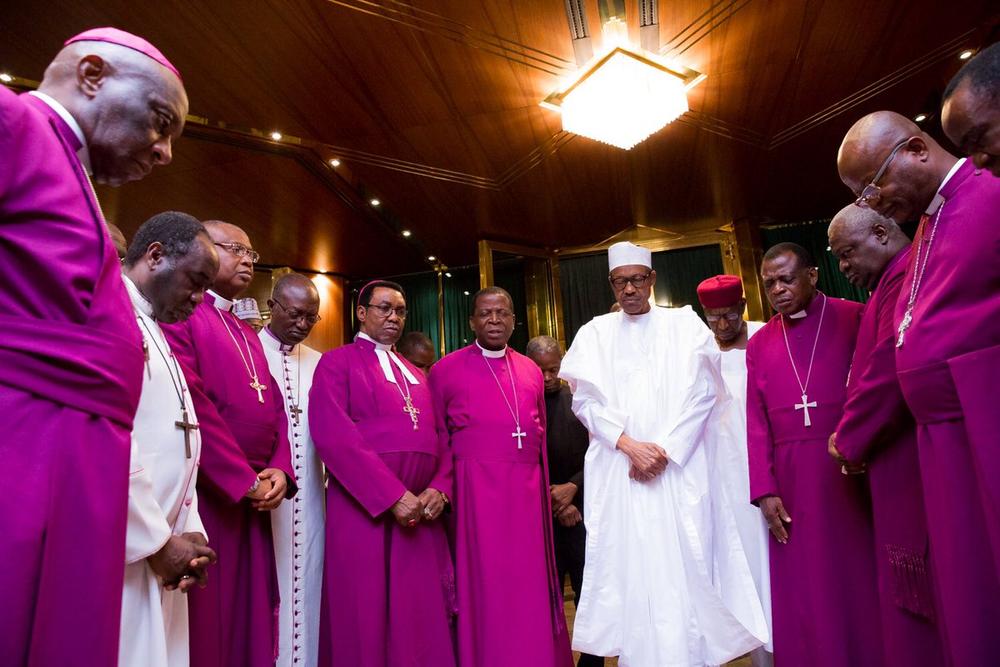 The Lagos State government has agreed with religious leaders to ban all religious congregational services involving over 50 worshippers.

This was part of the communique read by the Commissioner for Home Affairs, Anofiu Elegushi, after a meeting with religious leaders in the state at the Bagauda Kaltho Press Centre, Alausa, on Wednesday.

According to reports from Punch, the meeting had in attendance the Lagos Chairman of Christian Association of Nigeria (CAN), Alexander Bamgbola and Grand Chief Imam of Lagos state, Sheikh Suleiman Abou Nolla and other regional religious leaders from all over the state.

We are at a critical moment in Nigeria, since we heard this, we have been praying. We have listened carefully to one another, particularly the government. The responsibility of every government is to protect the lives of the people. 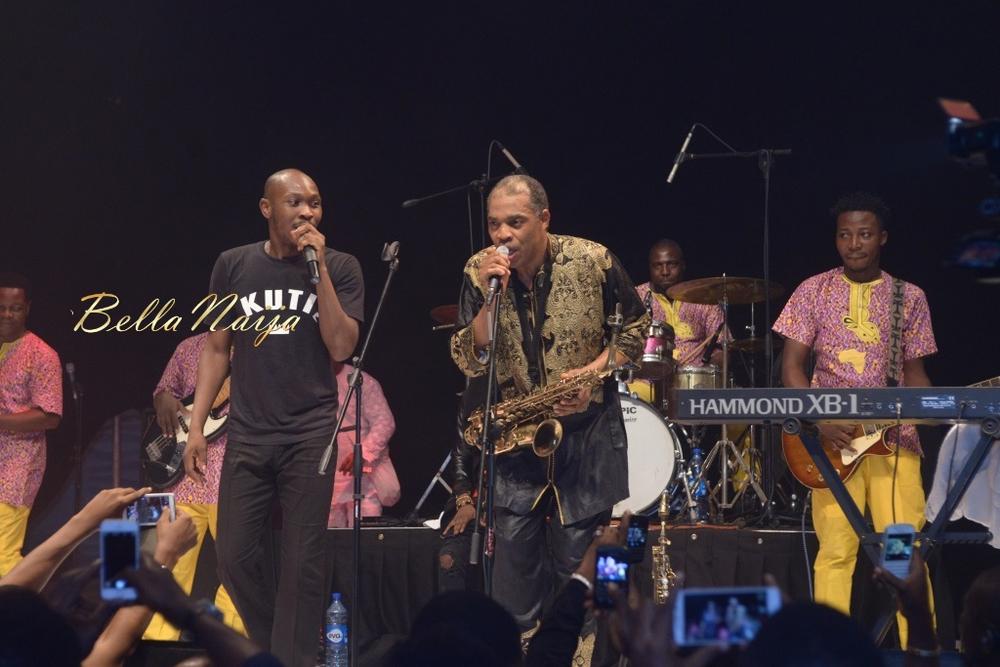 With the rising number of confirmed cases of coronavirus in Nigeria, the management of the popular entertainment spot, Afrika Shrine, has canceled all activities for the week.

Femi Kuti made the announcement on his Twitter, stating that the decision was made as a precautionary measure against the spread of disease in the country.

The management of the New Africa Shrine has decided to cancel all major events this week as a precautionary measure against the spread of the Covid-19 pandemic affecting the globe. We will continue to monitor the situation of things b4 we revert to our regular programming. ❤️? pic.twitter.com/a6jBdWhPNP

A Twitter user @chinyereoranugo is asking for help after sharing the story of her UK returnee cousin who is currently in a terrible quarantine location after showing symptoms of coronavirus at the NYSC orientation camp in Ekiti State.

According to her, her cousin returned from the UK on January 26th for his NYSC in Ekiti and after he displayed symptoms of the virus, he was taken to a quarantine location at Osun State but he has been ill-treated since arriving at the quarantine location.

Photos and videos of the quarantine location and the transport vehicle show that they’re both inhabitable by humans.

Please Nigerians, my family and I need your help at this time. My cousin who schooled in the Uk and returned home 26/01/2020 to serve in the NYSC was posted to Ekiti state for his orientation and he’s down with cough so has been quarantined and sent to Osun state, but he’s not

Please help us speak to the authorities to give this boy food to eat, so that he can even withstand whatever I’ll treatment awaits him. My family is going to visit and see how he’s being treated. This is a boy who is ordinarily fragile but with one of the largest hearts on earth

Please help us speak to the authorities to give this boy food to eat, so that he can even withstand whatever I’ll treatment awaits him. My family is going to visit and see how he’s being treated. This is a boy who is ordinarily fragile but with one of the largest hearts on earth

In an update, the Twitter user revealed that her cousin has tested negative to coronavirus and has been released.

My heart is full of joy for my family but sad and heavy for our country Nigeria. My cousin who had cough and sought medicare at the Ekiti State NYSC camp, quarantined and excessively poorly treated through to carrying out a test has been confirmed NEGATIVE.

Thanks y’all for your kind comments and show of love. My cousin was tested for COVID-19 and confirmed negative and released this evening. My cry was the maltreatment prior to carrying out the test.

Always call the right authority for any incident and measure their handling. People in authority and governance please do better little by little at least. Improve our state. Ameliorate our sufferings. Thanks y’all.