A couple of days ago, an Instagram user @tulip_bistro who identified herself as a sibling to Rahama Indimi, the ex-wife of former military ruler, Ibrahim Babangida‘s son, Mohammed, alleged that Mohammed, in connivance with his aunty had hired assassins to kill Rahama.

@tulip_bistro also alleged that Mohammed had ordered a ‘surveillance’ team to surround her sister’s house. Read about it here.

On Monday, she shared photos on Instagram of how police officers, who she claimed was sent by Mohammed, allegedly assaulted her on her way to her house.

She said they tried to break into her car and take her phone, but they didn’t succeed. 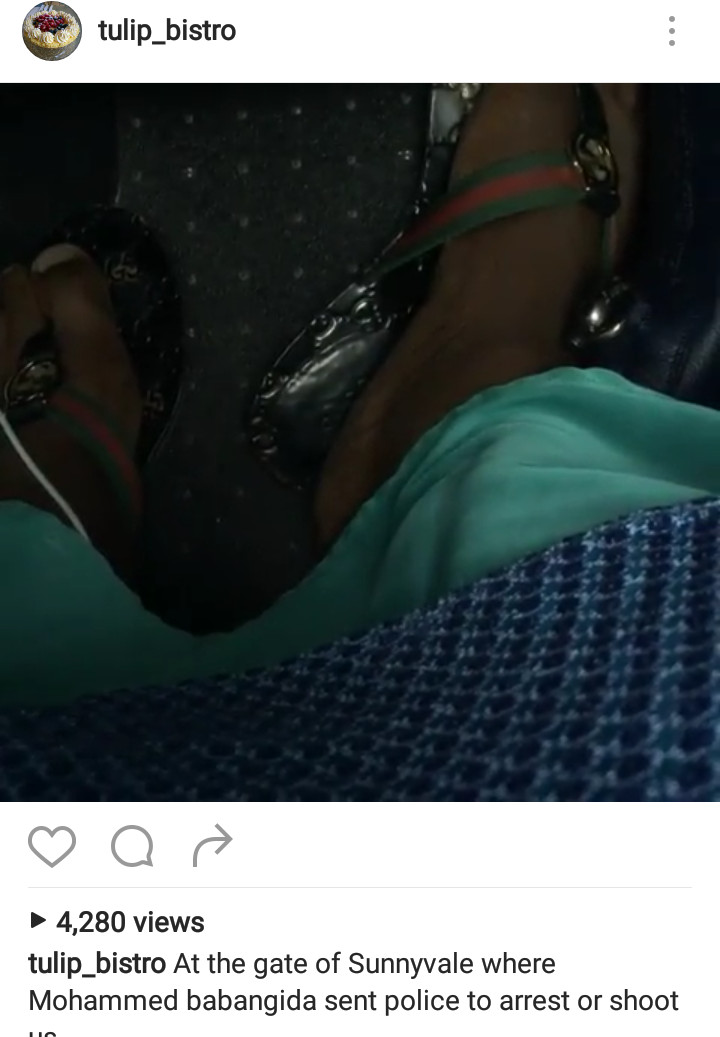 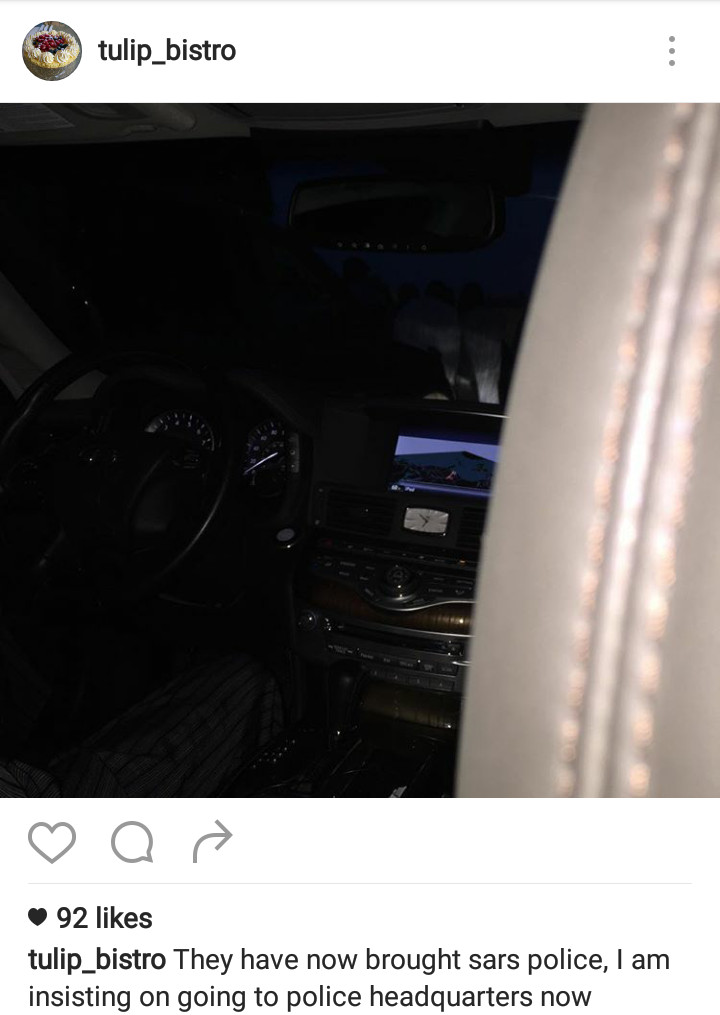 Hours later, she posted that she arrived home safely: 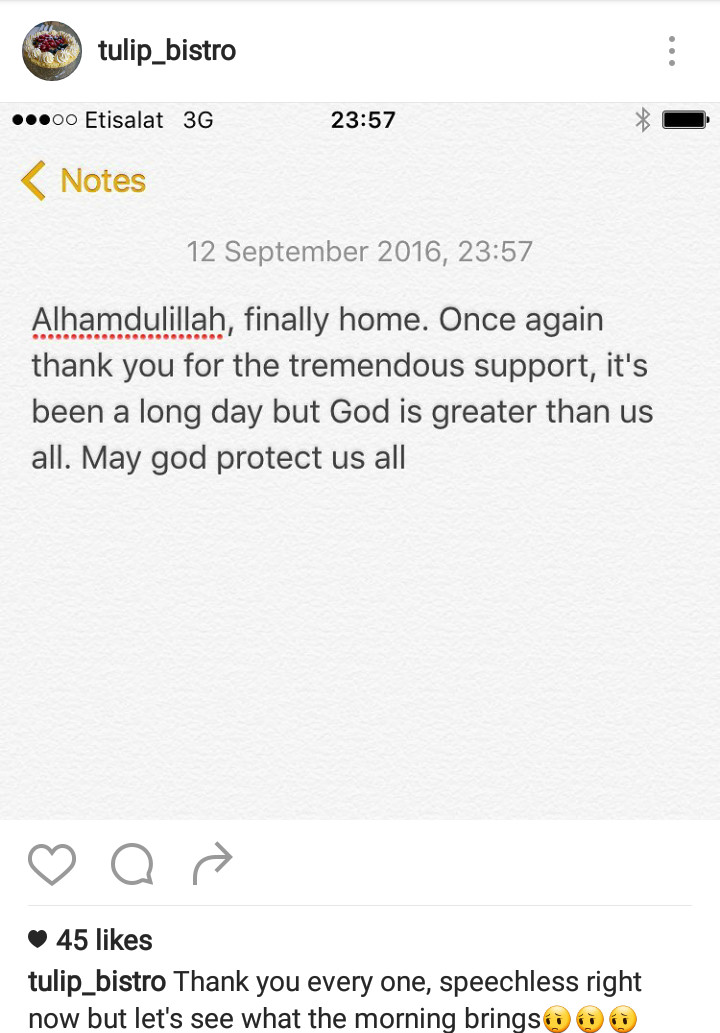