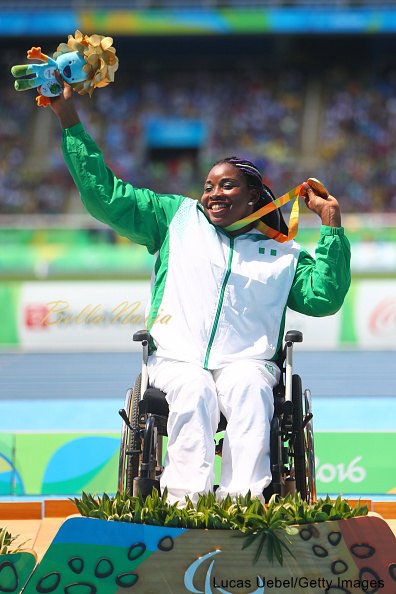 Flora Ugwunwa set a new world record in the women’s javelin – F54 event on Tuesday at the Rio Paralympics to give Nigeria its seventh gold medal.

She recorded a throw of 20.25m after six attempts to win the gold medal and take Nigeria’s tally to seven gold, two silver and one bronze medals.

Ugwunwa beat a field of nine to set new Paralympic and world records, while Tunisia’s Hania Aidi won the silver medal with a throw of 18.88m.

South Africa’s Ntombizanele Situ completed the African sweep of the event’s medals by winning the bronze medal with a heave of 17.9m.

Earlier in the day, Nigeria had been so close but still far from winning any medal on the day after some unsuccessful outings.