The speakers list for the TEDx Lagos 2021 is here!

Here are the people who’ll take the stage at this year’s event tagged Higher. 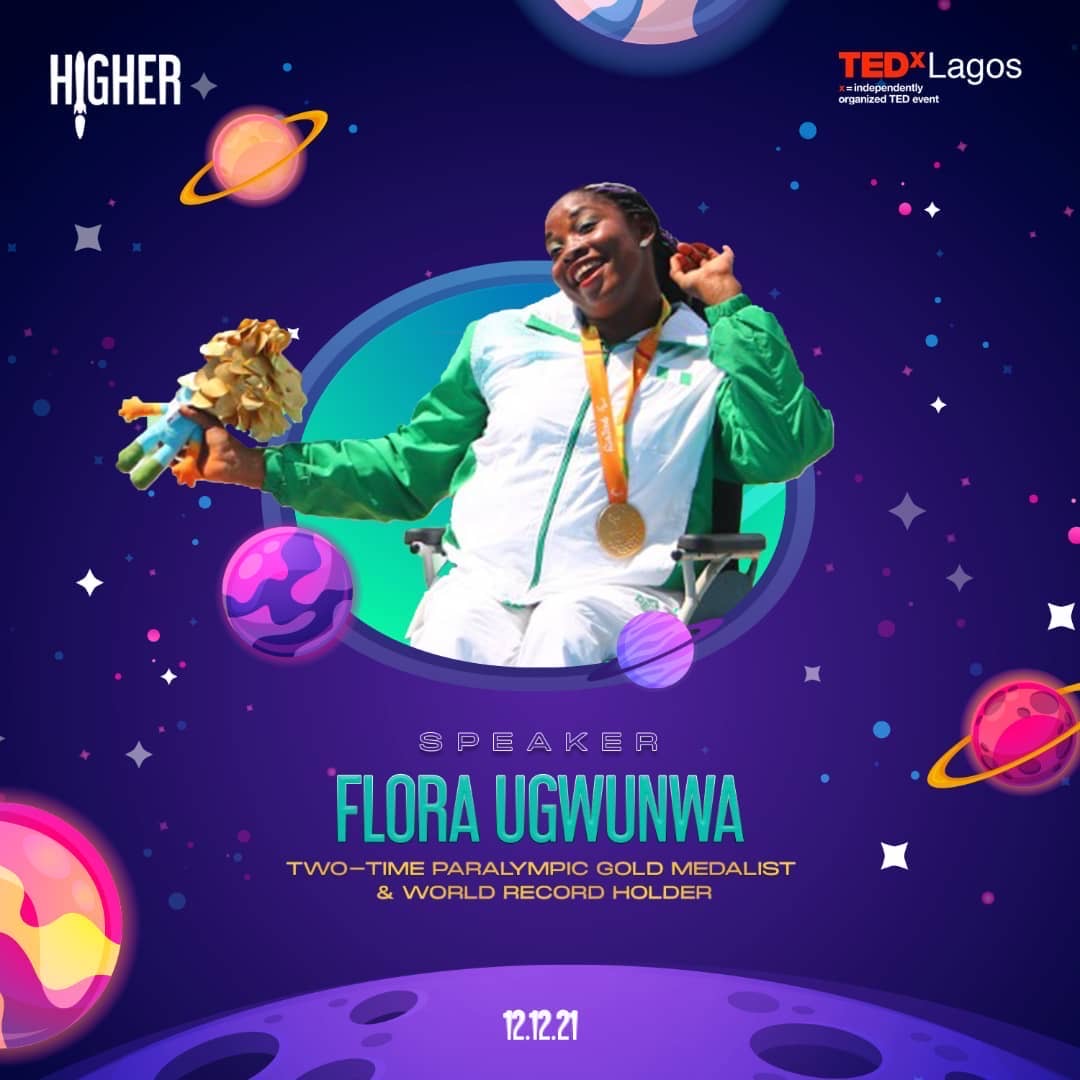 Flora Ugwunwa is a Nigerian Paralympic athlete competing in F54-classification events. She studied Business administration at the Nnamdi Azikwe University.

She took up para-athletics in 2011 in Edo State, Nigeria. She has represented Nigeria at two Paralympic Games, winning Gold medals at both editions in the Javelin event.

She has competed at several world para athletics championships and won various colours of medals and doing the nation proud. She aspires to keep breaking records and putting Nigeria on the world map. 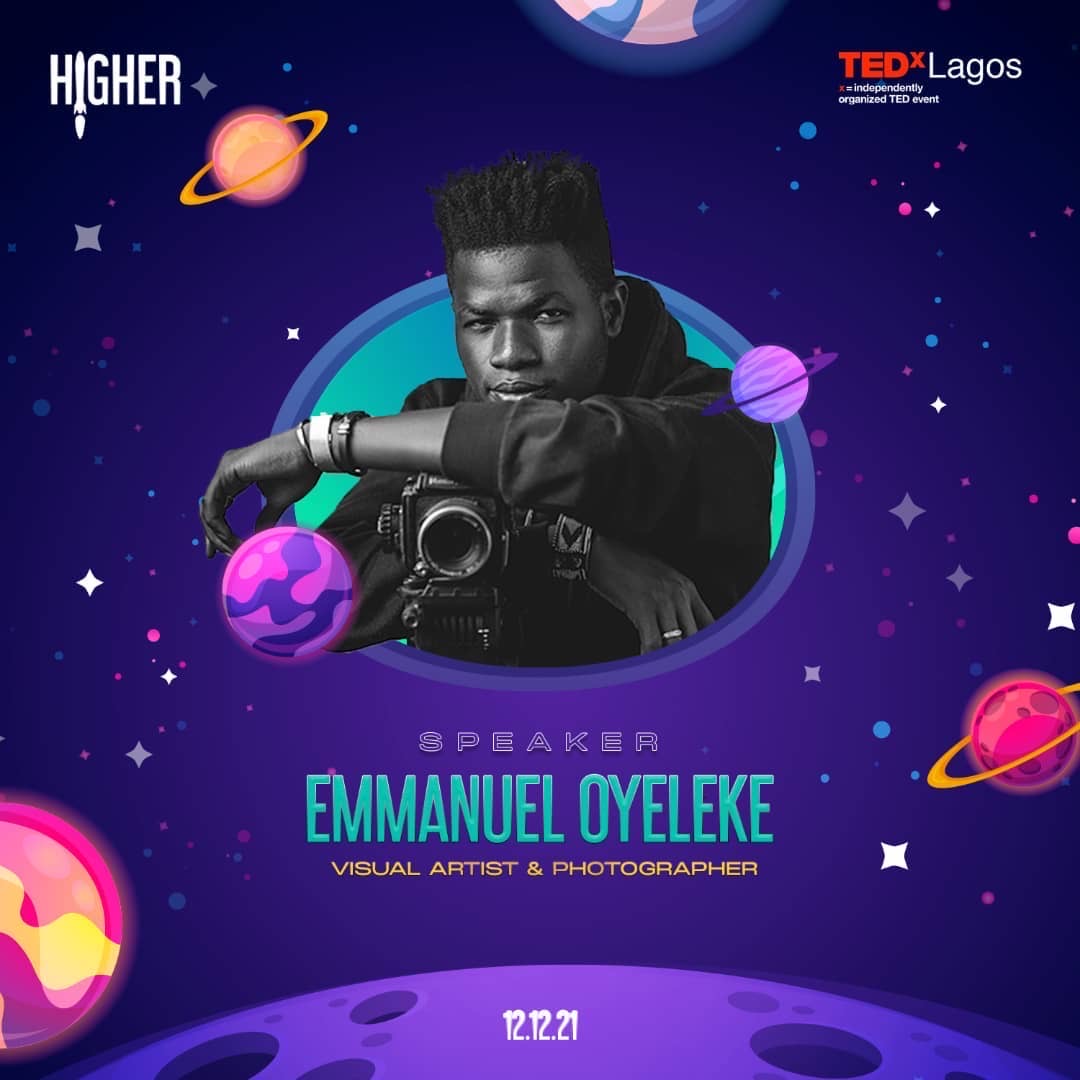 Emmanuel Oyeleke is a visual artist, Tech Enthusiast and the Creative Director of EOP Studios. The brand started in 2012 and since contributed immensely to the growth of the fashion, art and commercial photography industry in Nigeria and Africa.

Emmanuel also has many notable commissions under his belt.

He loves finding simple solutions to complex problems – a trait he developed while growing, he loved fixing whatever was broken, from transistor radios to television sets and even cars. Later on in life, he found fulfilment in developing computer applications as a computer programmer, which he excelled at until his passion for photography took him over.

He has taught photography masterclasses to aspiring photographers, sharing his hard-earned experience and mentoring a new generation of self-taught innovators. His photography work predominantly reflects elements of Art, Fashion, Beauty and Documentary photography.

He has worked with GTBank at the GTBank Masterclass series and trained about 200 individuals with necessary photography skills. He has also worked with GTBank as the Official Photographer for GTBank Food and Drinks event and also GTBank Fashion Weekend.

Emmanuel Oyeleke is committed to empowering youths and imparting knowledge and also organized several successful workshops and Masterclasses and has also taught at the Canon academy. 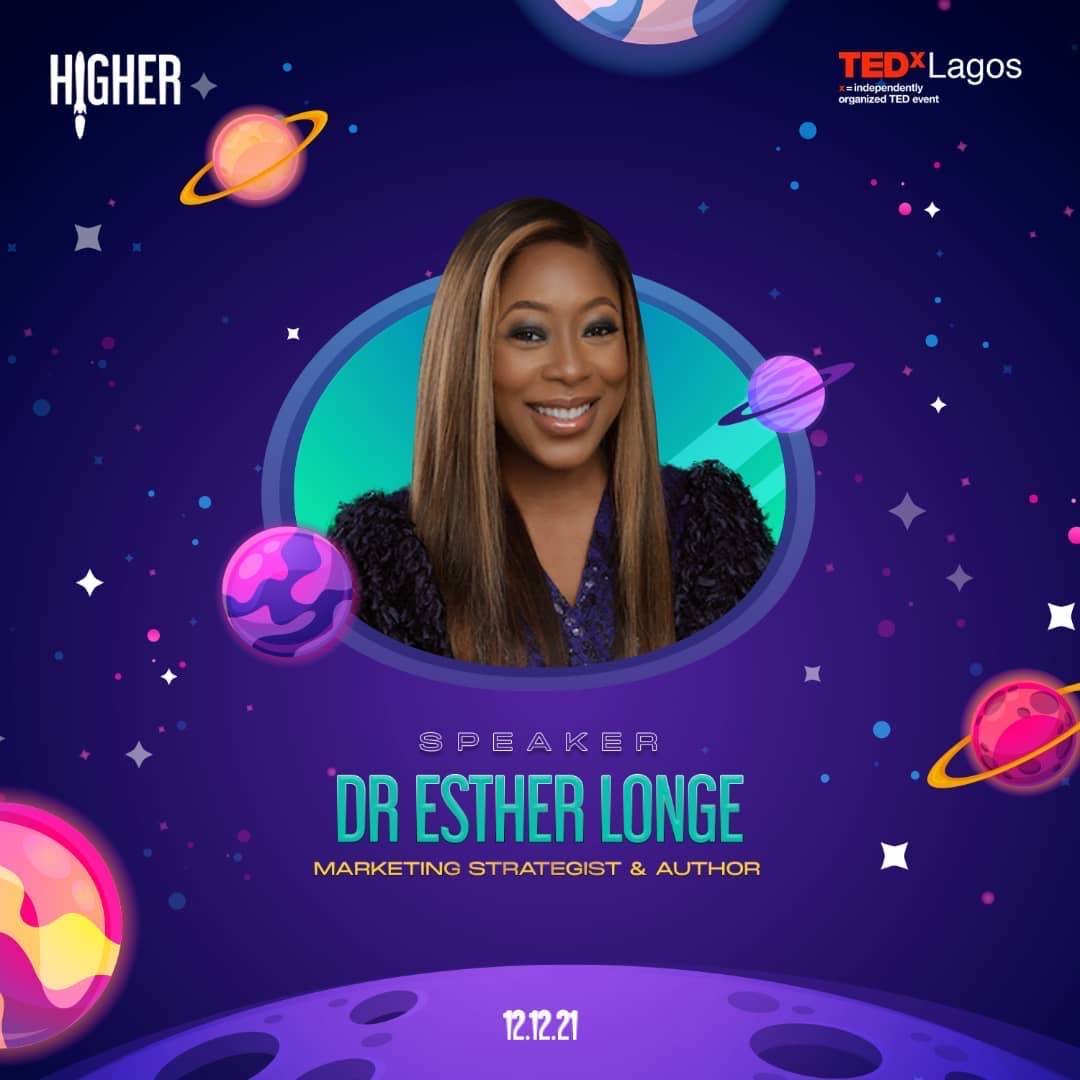 She has worked with some of the biggest global brands such as PwC, GT Bank, Pizza Express, Wrigleys to mention a few. She has also served as a Super Mentor for the FCMB Sheventures Programme and is a facilitator for the Africa Green Grant award. She is happily married with 2 children.

Dr. Esther Longe is also a transformative leader, pioneering the new movement of the 7000 audaciously. She is committed to providing the necessary structures and motivation to liberate individuals, families and nations from the strongholds of their past, the limitations of their present, so that they can be launched into the future that God has scripted for them.

She is a speaker, author, teacher, encourager, coach and a Unicorn leader. As a Unicorn leader, she works with people to embrace their uniqueness as well as discover their strength, joy, calling and anointing in God. She is committed to reconnecting people with God and empowering them to embrace and shine their God-given light.

She is the founder of God in Real Life Outreach. A ministry committed to helping people experience intimacy with God and encounter Him in their everyday life. The ministry has several expressions including Broken, God in Real Life, The Alternative Business School (TABS) and the G.O fellowship. 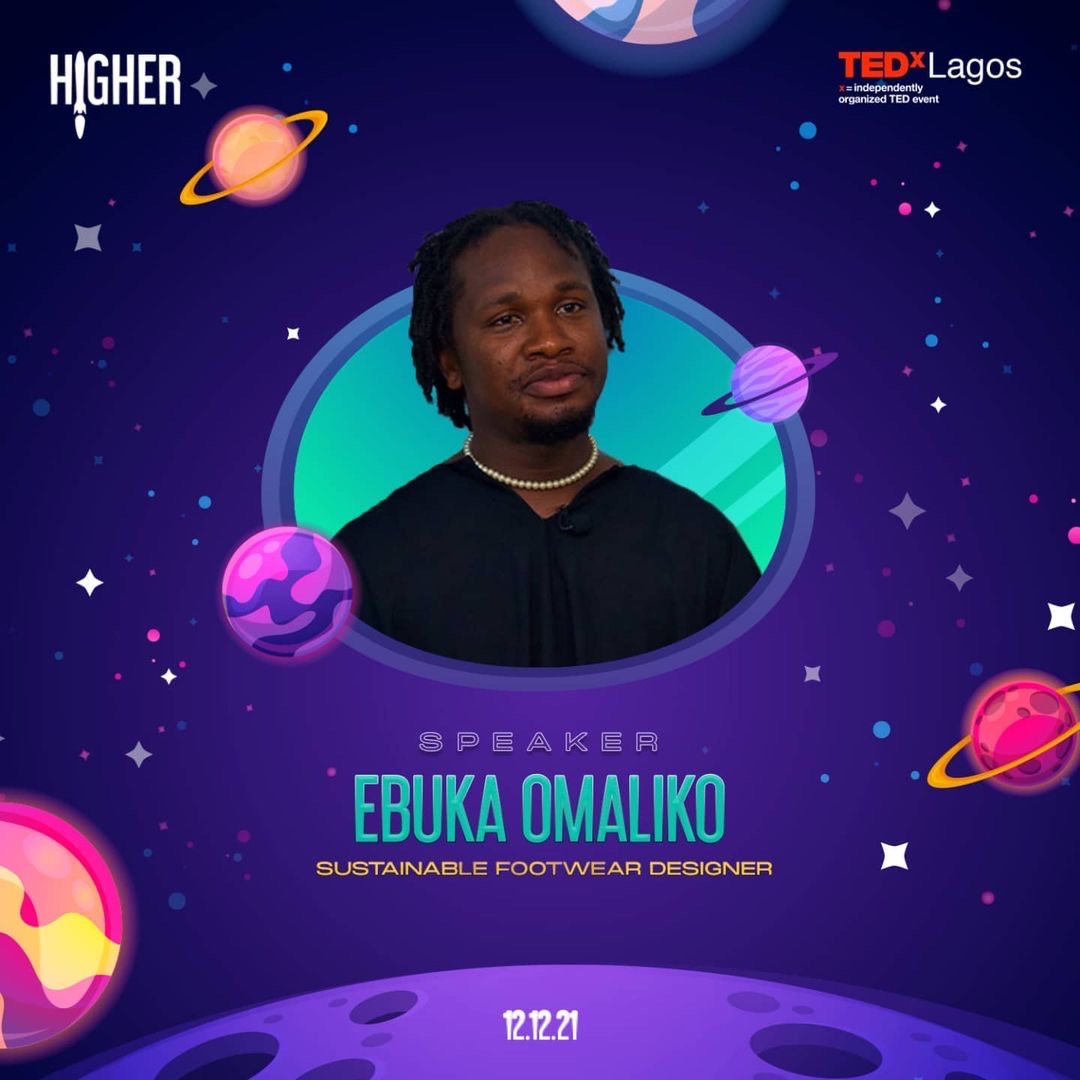 His interaction with fashion began in 2012 as an intern at the Lagos Fashion Week which ignited a strong interest in fashion and paved the way for the vision of the brand. However, it took Ebuka a few more internships with the Lagos Fashion Week team, a lot of self-learning and active networking with key fashion contributors, to birth the eponymous brand: Maliko.

Noted for winning the 2018 Green Access Competition of the Lagos Fashion Week and selected as a beneficiary of the 2021 Young Designers Sustainable Project by the African Fashion Foundation, the impulse-driven designer and trained pharmacologist, often finds inspiration from a recollection of his favourite childhood memories.

The Lagos-based designer prides himself on being focused on building a sustainable, socially responsible brand, incorporating excellent traditional African craftsmanship with contemporary architecture into every footwear or accessory he designs. He is also in the business of empowering young talents and is passionate about supporting the artisanal community around him.

Antique yet contemporary, Ebuka keys youthful energy into every Maliko piece, playing with deconstructed and experimental shapes, overstated proportions and an often muted color palette with a promise to leave you ‘shoe-filled.’ 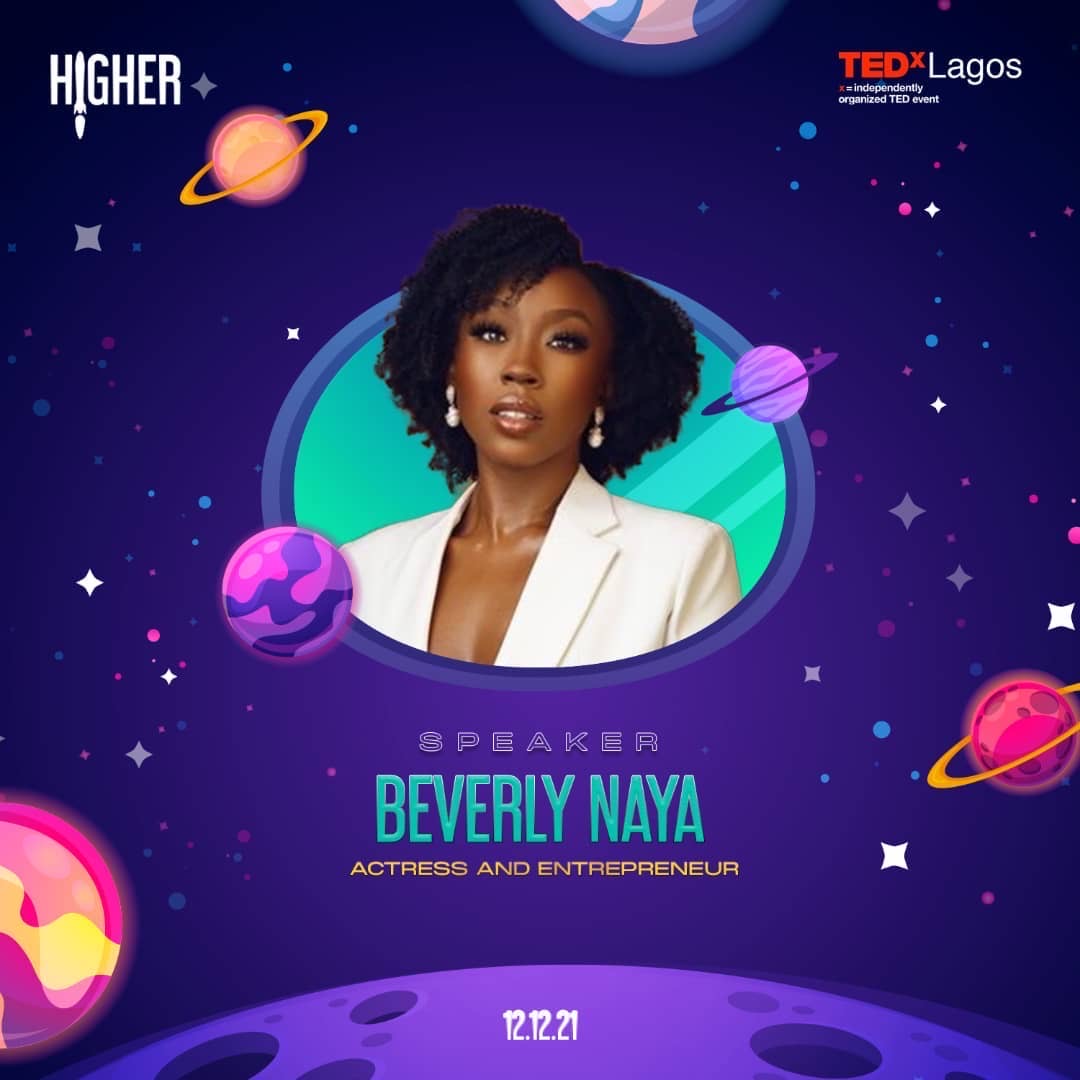 Beverly Naya is an award-winning actress and entrepreneur. Born in England, she studied scriptwriting and film-making at Roehampton University before relocating to Nigeria some years back to focus on being a part of the industry.

Having acted in many outstanding movies including When Love Happens, Before 30, Catcher, The Perfect Picture, and The Wedding Party 1 and 2; she has grown to become amongst some of the most recognized actors in the entertainment industry today.

Amid other achievements, Beverly Naya recently produced her first documentary titled ‘Skin’ under her production company Be Naya LTD. The documentary focuses on colorism and how it affects our society, it has gone on to screen at over 12 film festivals around the world.

Beverly Naya has received several nominations and awards for her talent. Including the AMVCA.

In 2018, Beverly Naya was honored by Forbes Africa on the ’30 under 30’ list for her tremendous contribution to the creative industry.

Beverly Naya has also received several international awards for her outstanding documentary ‘Skin’, touring secondary schools and universities across several African countries including Nigeria, Ghana with the support of the Ford Foundation. 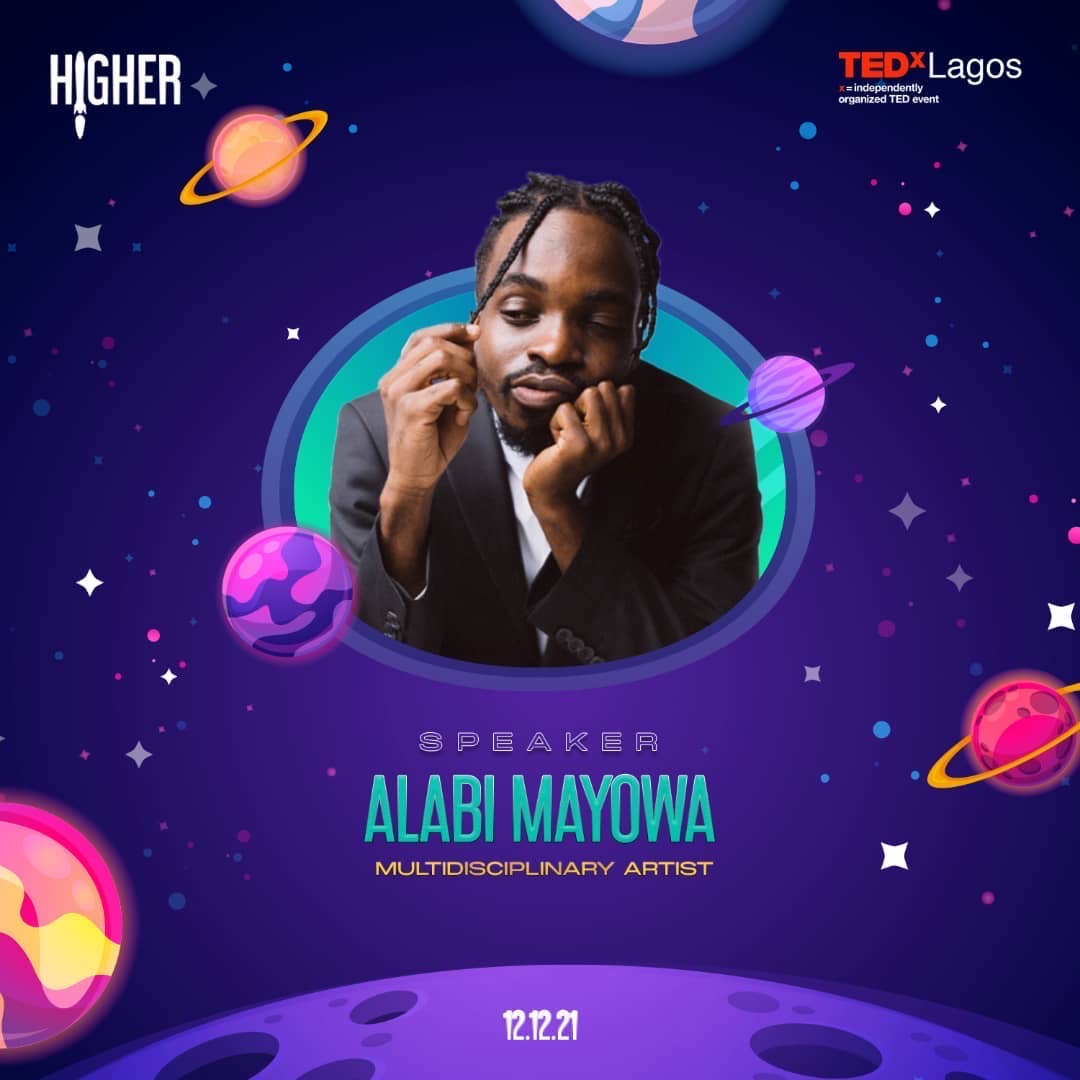 A graphic designer and photographer with over seven years of professional design experience, Mayowa previously worked as the Creative Lead at Co-Creation Hub Nigeria before taking on his current role as a visual artist for the BBC. 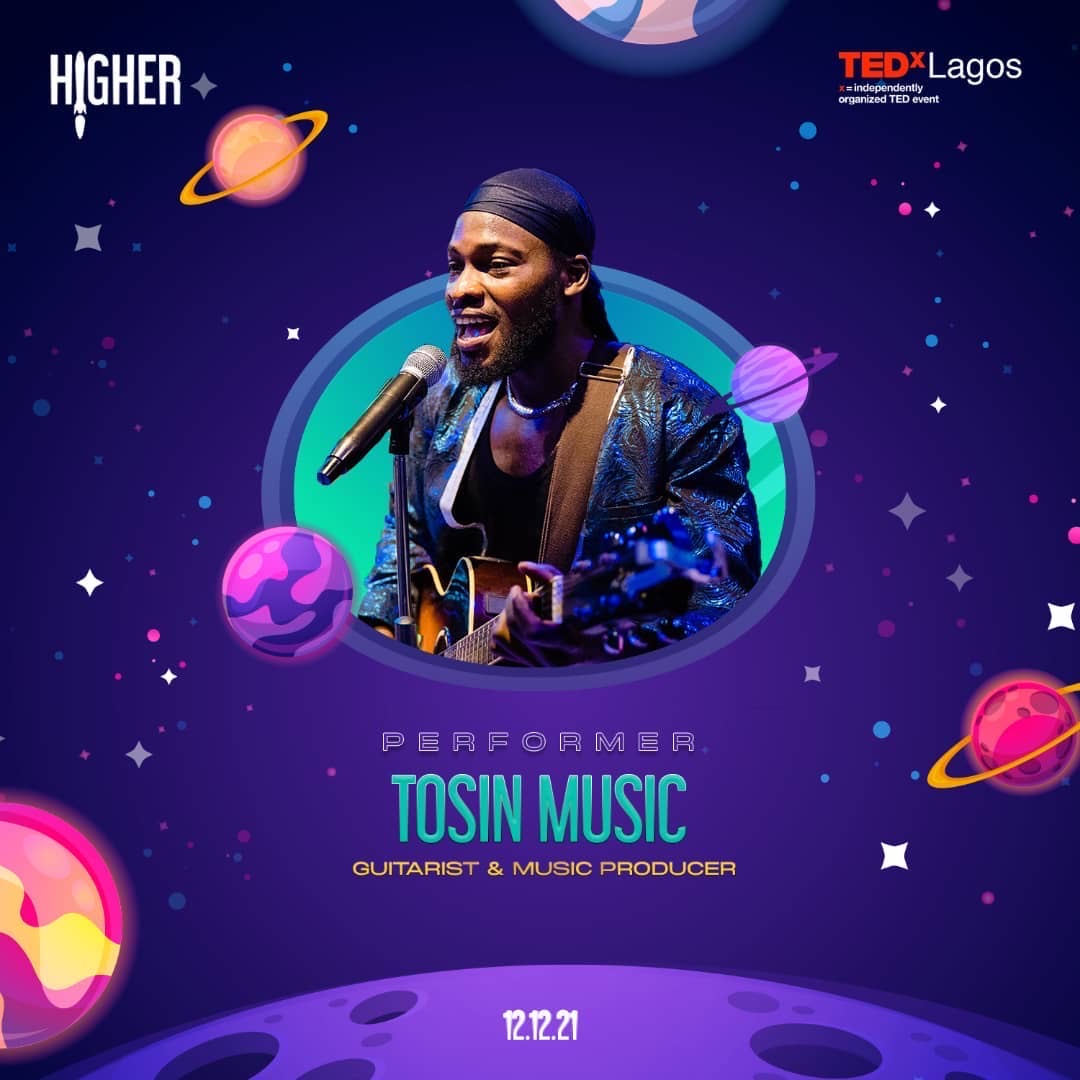 Tosin Music’s sound is eclectic, call it AFRO-ECLECTIC- it’s a blend of sounds from acoustic pop, indie, jazz-funk, jazz and Afrobeat laced up with Yoruba lyrics. He is influenced by John Mayer, Fela, Asha and a lot more.

He has worked and shared stage with the likes of Aramide, ASA, Chike, Bez, Ric Hasani, just to name a few. He has also toured around Nigeria, performed at Afrovibes Africa and performed at the Vrystaat Arts Festival in South Africa (2018) and performed at Felaboration 2021.

He dropped his first body of work in 2019, Bintinlaye—a 4 track EP with a different blend of sounds. He is a lover of life, arts and music. 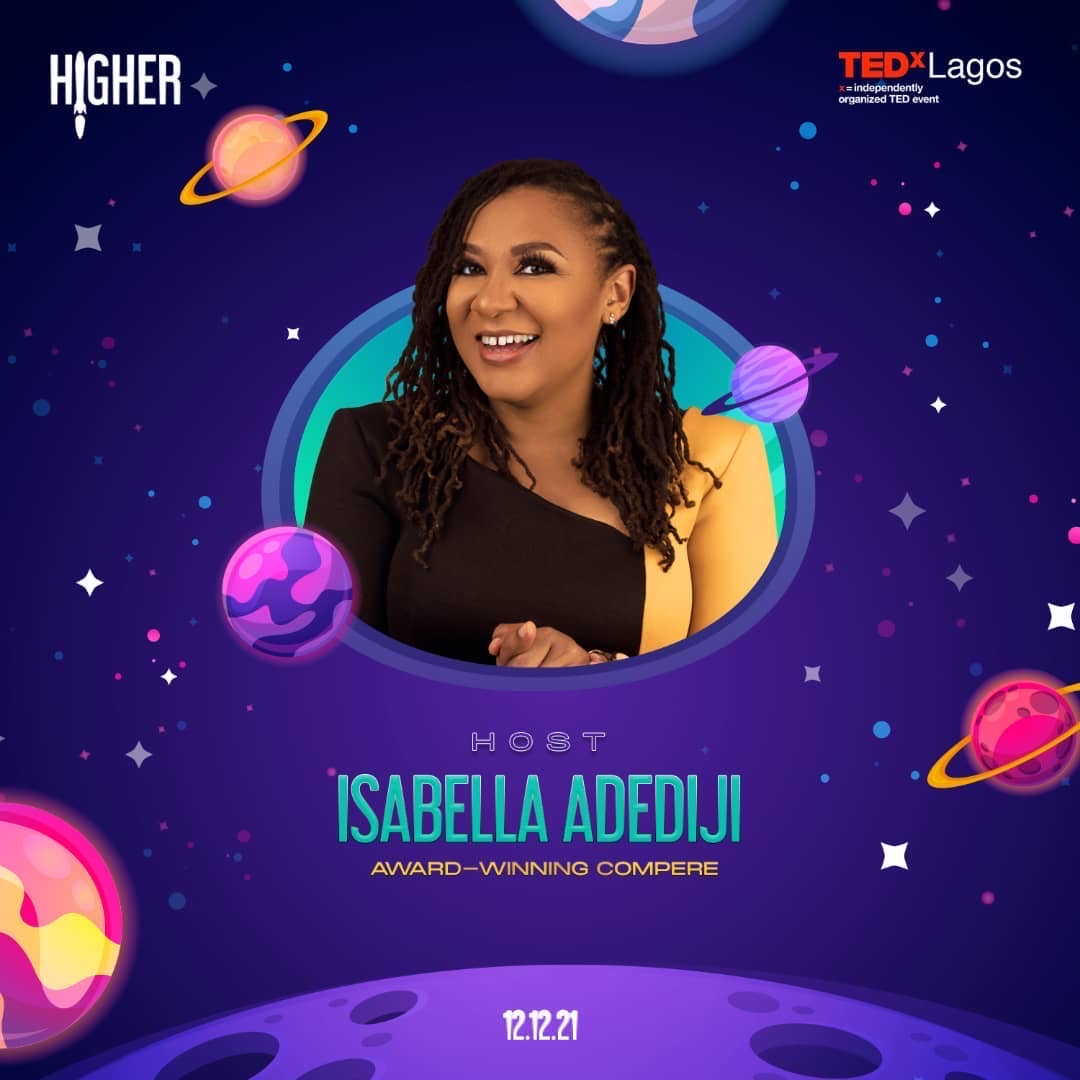 Isabella Adediji is the founder and Managing Director of Yellow Tamarind Productions, a media and PR company based in Lagos.

She has hosted several TV and radio programmes such as Searchlight, Teach For Nigeria Radio School, Africana Literati, The FrontPage and The Movie Buff Show.

She is a seasoned compere and has anchored conferences, festivals, awards and corporate events. She is a 2019 Obama Leader.

An Education with English and Drama graduate from the University of Cambridge, she is the editor of NollySilverScreen.com. An award-winning writer, her works have appeared in newspapers, magazines, journals and online publications.