OC Ukeje came into the limelight in 2007 after winning the Amstel Malta Box Office reality TV show. Since then, he has grown into one of Africa’s favourite leading men starring both in Nigerian box office hits and other international projects like the critically acclaimed South African film ‘Ayanda’.

The very private movie star spoke EXCLUSIVELY to BN about Nollywood, how he feels being selected as one of TIFF’s rising stars for 2016 and his plans for the future and here’s what he had to say:

How does it feel being one of the selected few to be honoured at TIFF especially as you might not be termed a “New Act” per say having been in the industry for almost 10 years (if not more)?
We must call it what it is. I’m relatively known in Nigeria and some parts of Africa but I’ll definitely be a newbie when I step into the North American or European markets because we do not have or employ the capacity of media machinery that serves the more established markets. We don’t have the infrastructure for it either. And it’s simply that. I have a fair amount of experience that can expedite the process of visibility in bigger markets, other things being equal. But I totally celebrate the position of being chosen as a Rising Star in a bigger market. I’m most definitely elated. 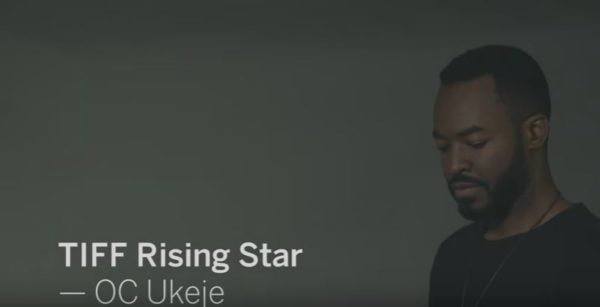 Do you feel African/Nigerian movies are being marginalized in terms of international recognition & awards?
I think every pursuit must distinguish itself to gain the requisite recognition. And in my opinion, it is the responsibility of the ‘lesser’ to play in the fields of the ‘greater’. There are global best practices that serve as guidelines for recognition. And even after fulfilling those practices, one must stand up to be counted. One must take the necessary steps into the light to be seen. So I don’t think our movies are being marginalized (just yet). When they are good and we meet the guidelines and do our part to be seen, I think we get fairly recognized. I think we need to focus on increasing the number of great films we make. When we make those, and we put our feet forward, if we don’t get recognized, then we can discuss marginalization.

Who do you hope to be likened to or who is your role model in the industry – Nollywood /Hollywood?
Hmm. I’d really like to be likened to RMD, for his craft, longevity, re-invention of self, influence and respect/reverence. I’d also like to be likened to Denzel Washington or Leonardo DiCaprio for their depth, their total reliance on their craft, their symbol status and their simplistic approach to life.

What is the next big thing for you, what projects are you working on?
There are a few big things that I’m counting on to materialize but I need to keep those under wraps until there are more solid conversations about those. But exploring the opportunities in the bigger markets is the foundation of it all. I am currently attached to star in ‘The Conjestina Achieng’ biopic which is an international co-production. It is early days so watch this space as there are some exciting announcements coming soon. This is a story about the first African women to win an international boxing champion, the middleweight belt. She is from Kenya but very few people know her legacy and her story that is still ongoing and very powerful. We don’t get to see enough stories from Africa on the global big screen that champions the heroes of our time so I am excited to be involved and working with producers who are keen to get more of these kinds of stories out there. It is produced by Terri Pheto whose last production ‘Ayanda’ I worked on, The Polkadot Factory in the UK, Rocque Pictures in Kenya and Story Republic in Nigeria.

Another project I’m excited about is Shirley Frimpong Manso’s TV series ‘Boys and Girls’. We shot the pilot early this year and will be shooting the series late this year.

As always, I’m reading interesting material for next year and having interesting conversations about collaborations. So, soon enough I can be more concrete about it all.

Do you have plans to go into production and movie-making?
Most certainly. I’d like to produce films, TV shows soon enough.

How intense was your film school experience in LA?
Intense is an understatement. It was ultra-intensive. It was two weeks of gruelling tutelage. I’m the better for it though.

What words do you have for those who are still trying to find an anchor in the acting/ media industry?
I think again that the most important thing in this business to be absolutely certain that this is where you’re supposed to be. It would be pointless to be running around for years and feel like it has been a waste of time. No doubt, there will be seasons of doubt. But once you’re true to yourself, then develop a vision and a future for your career. Be resilient. Follow world standards. And wait for your time. In your own lane.

Watch OC Ukeje at TIFF below!