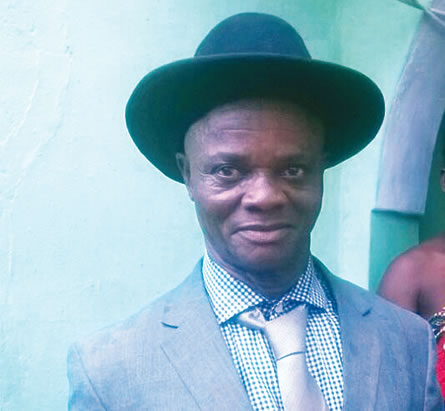 According to PUNCH, a resident, who spoke on condition of anonymity, said the accident happened around 9AM on Monday.

“The company driver was coming out of a bank when he was distracted by the call he was receiving. He crushed Effiong and hit another motorcyclist. The back tyre climbed Effiong’s head, but the second victim survived. The driver wanted to run away, but the security man at the bank held him. The case was reported at the Isheri Police Station,” he said.

Witnesses said the suspect was receiving a telephone call when the incident happened, and the victim gave up the ghost at the Accident and Emergency Centre at Ikeja.

The deceased’s wife, Dorothy said she was called that her husband was involved in an accident, and officers of the Federal Road Safety Corps (FRSC) and the Police.

She explained that she rushed out and met her husband at the emergency centre.

“His head was bandaged. His private parts were connected to a pipe. He could not open his eyes or talk. He was writhing in pain on the bed. After a brief moment, a nurse sent me out,” she said.

She said that the victim was referred to the Gbagada and Lagos Island general hospitals, but could not be admitted because there was no bed space available.

Dorothy said the family secured a bed space at the Lagos State University Teaching Hospital, Ikeja, and they were asked to pay N50,000 for the treatment and drugs the victim got at the emergency centre.

“One of the boys of the man that hit my husband said they could only afford N30,000. When I rejected the money, the policeman who accompanied us said if I didn’t take it, they would leave me to bear the burden alone. Since I was helpless, I had to take it and I added the remaining money.

When it was evening, a nurse at the centre said she didn’t want to break the news to me directly, but since I had refused to go home, she had no choice. She said my husband was dead,” she said.

PUNCH Metro learnt that the corpse was deposited in a mortuary, while the victim’s wife was taken to the Isheri Police Station to make her statement.

She said that the company’s lawyer offered N30,000 as payment for the deceased’s mortuary bill, and that her and her children will be compensated ‘based on our worth’.

“My church got a lawyer for us and after the lawyer spoke with them, they promised to give us N250,000. But what will I do with that? All I want is for them to bury my husband and help my children. I want them to give my children scholarships,” she said.

According to Dorothy’s lawyer, Nike Olawepo, no representative from the suspect’s company has come to see the family.

“The suspect hit the victim with his company’s vehicle. All efforts to see the company’s  representative have proved abortive; they seemed not to be bothered at all. A lawyer, who claimed to be representing the company, said the company can only assist in burying the deceased with N250,000 and that after the burial, the company will profile Etim’s family before it could think of what to do about the case.

The deceased, who was from Akwa-Ibom, was the breadwinner of his family of eight and also has aged parents in the village. The family is staying in a single room at Olowora and they are indigent. If this case is not properly managed and investigated, the family of the deceased will suffer double jeopardy,” Olawepo said.

Related Topics:AccidentLagos State
Up Next