With over 510,000 Views, Chris Ihidero's 2012 Short Film 'Big Daddy' is the Most Watched Nigerian Short Film on YouTube!

‘Big Daddy’, the 2012 short film on rape, by acclaimed Nigerian filmmaker Chris Ihidero, has now been seen over 500,000 times on video sharing website YouTube, according to data released by ID Africa.

In almost four years since being released to widespread acclaim, the film has received multiple nominations and wins from local and international awards, including the AMAA Awards and the AMVCAs. It has also screened several times in Lagos and Abuja.

On YouTube, Big Daddy has been viewed over 510,000 times, with viewers spending cumulatively over 1.2 million minutes watching the film. The United States accounts for 32% of the total audience, India 15%, Saudi Arabia 7%, United Kingdom 6% and Nigeria 3%. 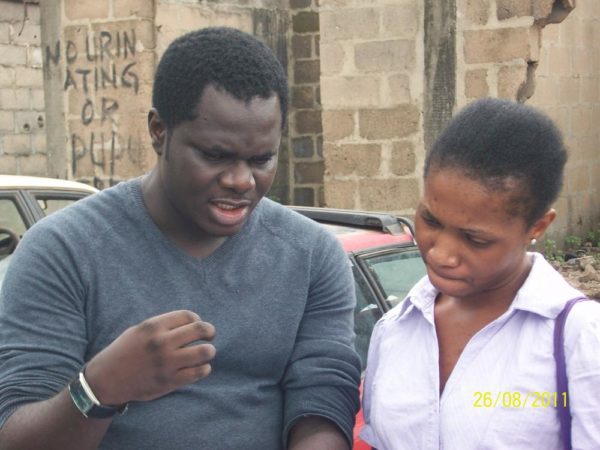 Chris Ihidero with Zara on the set of Big Daddy

Big Daddy tells the story of a vulnerable young girl who, under the very eyes of her own parents, is repeatedly violated by her uncle, leading to devastating consequences.

Ihidero has since moved on, to produce the globally renowned HIV TV series Shuga in 2015, to found the respected website on Nollywood and related entertainment TNS, and the annual pro bono creative workshop StoryStory. He is also the Head Writer for Arica Magic’s ‘Hush’.

If you still haven’t watched Big Daddy, you can watch it here: