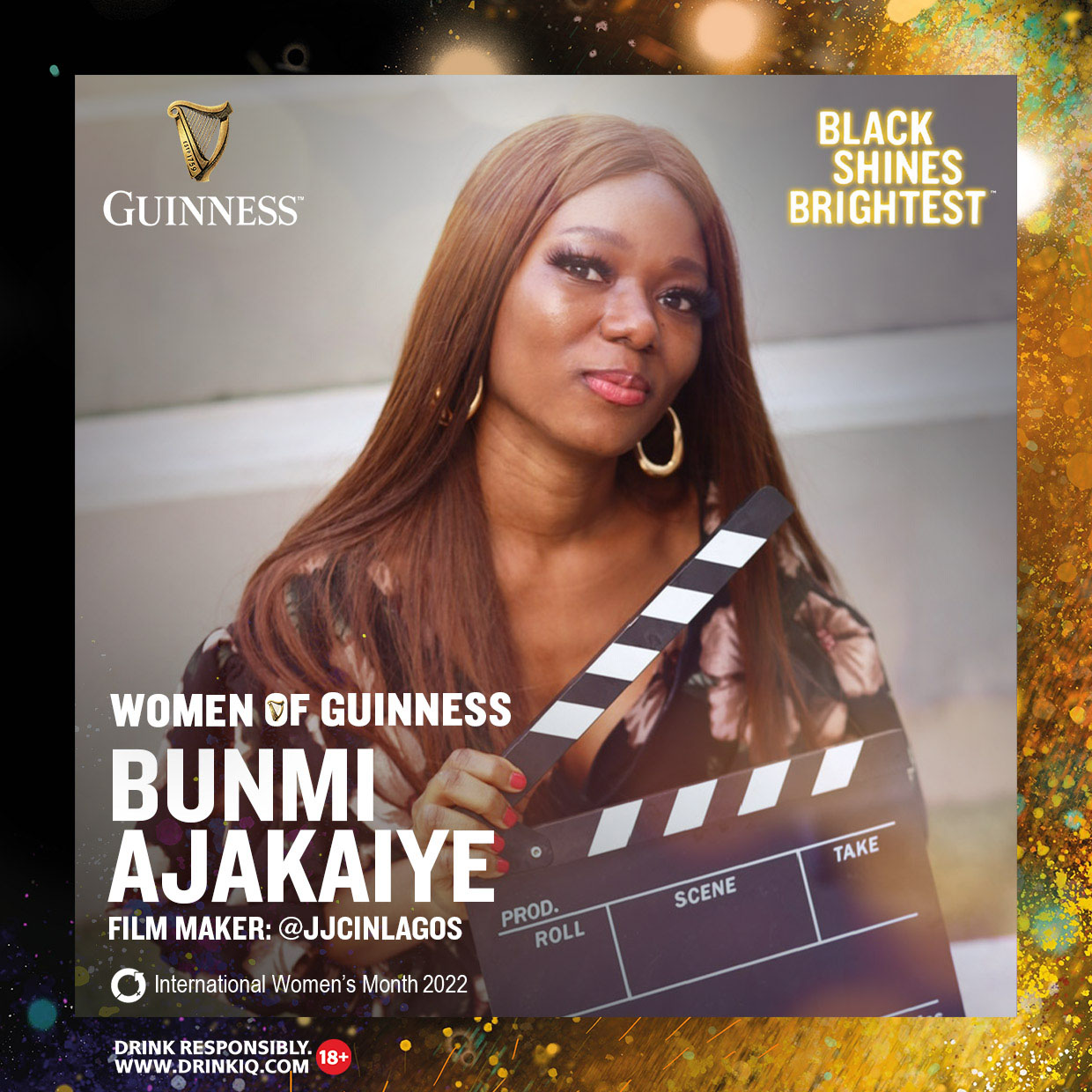 Bunmi Ajakaiye took a leap of faith that launched her entire career. Fun fact; the Nollywood filmmaker who never studied filmmaking was pursuing a career in the banking industry as an Economics graduate.

“I just used to sit at my desk and scribble stories. So one day at 23, I was bored, so I went on Twitter and saw a story that the late Amaka Igwe was doing a screening. So I packed my bags and flew straight to Nigeria without telling anyone. My parents were shocked!”

She landed in Nigeria on a Friday and started learning from the veteran filmmaker on Monday.

“For two months, she looked at me and thought I was crazy. But I told myself there was no better time to fail. If anything, I was determined to do it, fail if need be but do it even when afraid.” Bunmi recalls

“I had no money and one friend in Lagos. So I did my eight weeks with her and had to go back to my job. I continued to learn scriptwriting from Amaka Igwe; she had no idea I was back in Australia until she asked me to come over one day. I told her I had left just as I came, unannounced, and then she flipped.”

After the call with Igwe, Bunmi says she got tired of living an average life and decided it was time to leave it all behind.

“I was in a good relationship, but I had to leave that in the past too. It sucked that I had to break someone’s heart.”

The memory still fills her with regret, but she believes the sacrifice is necessary now.

Getting her parents to agree with the decision to leave Australia for Nigeria was no mean feat, and she eventually settled for telling her parents she was coming home for the National Youth Service Corps assignment. So that they would not think she was planning to loaf around for an entire year.

“I came back home and learned documentary film-making at Emem Isong’s school. My teacher Anthony Kehinde Joseph was the most brilliant person. Between all three people, I was amazed and so sure I wanted to be a screenwriter until Igwe suggested editing and made it sound so fun even though I initially always fought the idea.”

In 2014, her mentor Amaka Igwe passed away after an asthma incident.

“It broke me; I thought my life was over. I had to pick up the pieces and figure out who I wanted to be in the industry”.

Bunmi recounts. It would turn out to be a defining moment in her Nollywood journey.

“I randomly bumped into some editors, and they blew my mind; it looked like Greek, so every day I’d come in and watch them work until one day the chief editor asked me to cut something, and he left, so I did, and he said it was great so then I thought maybe I can do this. Now, If you hand me any film, I can edit it without a script, I’d figure it out”

Shortly after that, Producer Uduak Isong gave Bunmi her first script supervision job as a joke, and though it was challenging, she delivered.

“Eleven years down the line, I think about how my entire career started as a fluke, and I would not change the story for anything in the world. My journey in the film industry has been inspired by so many great people who saw the dream way before I did, and every day, I am thankful for them.”

“I had tunnel vision with my dream, which helped me. Of course, other things suffered for it.”

Bunmi remembers spending birthdays on film sets and only just realizing at the day’s end, but she loves the feeling of fulfilment filmmaking brings her.

“For every time someone has thrown me in the deep end, I just go with it, and I get the job done.”

Woman of Guinness, Tolu Adeodun Okesanya is paving her Way to the Top in the Tech World