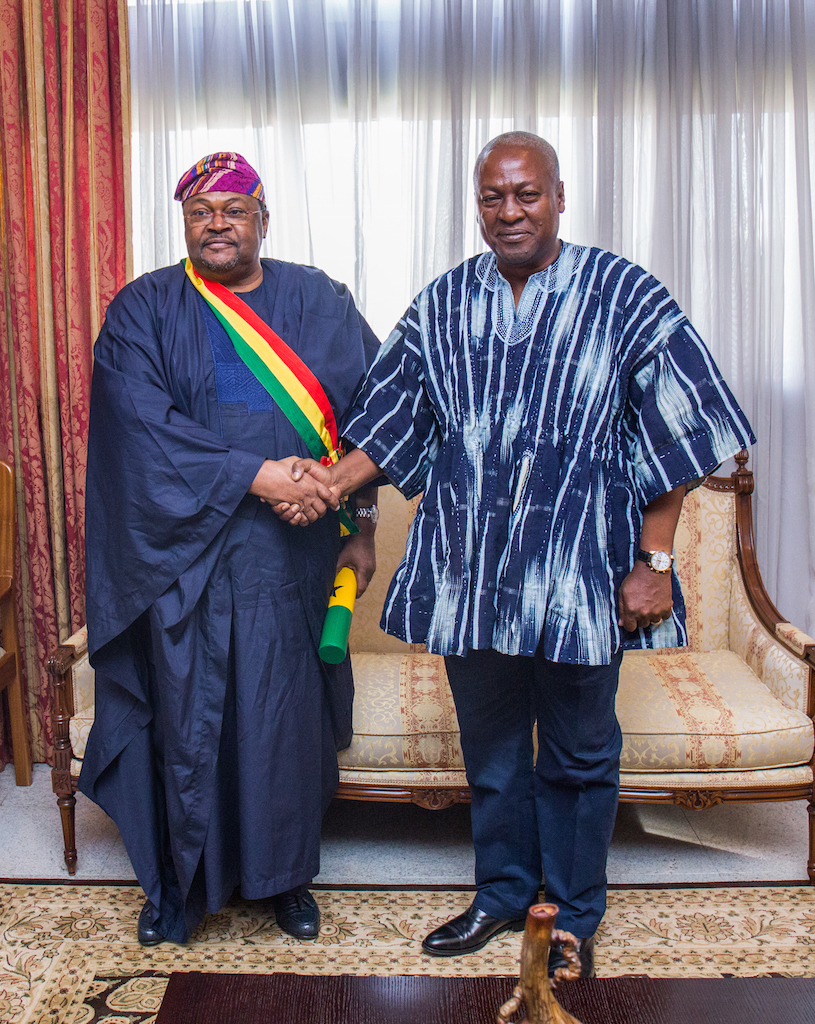 The conferment of “The Companion of the Star of Ghana (CSG)” on the man fondly called The Guru, was held at the Accra International Conference Centre on Saturday, 29 October.

President of Ghana, John Dramani Mahama said the Award “is in recognition of your unique and outstanding contribution to business enterprise both in Ghana and the continent of Africa at large”.

President Mahama said “through your creative business exertions, you have touched many lives in Ghana. You have provided employment for our teeming youth, artists, footballers and many more. I am particularly proud of you. This award is our way of saying a simple THANK YOU”.

In a citation that set the stage for the award, Adenuga was commended for his “transformational achievements in the telecommunications industry”, which included the laying of the historic Glo 1 optic fibre cable linking several African countries including Ghana with Europe and America.

President Mahama applauded Adenuga’s association with telecommunications in Ghana since Glo Mobile’s launch and praised the massive capital investment he has injected into the project.

He also noted that Adenuga’s investment forays and strong support for sports have drawn honours from far and near to him. He admitted that such outstanding contributions similarly recommended Adenuga for Ghana’s highest civilian honour.

Adenuga thanked Mahama for the honour and noted that the President’s “recognition and support of my modest contributions to the development of Ghana’s economy have come as a great source of pride and encouragement to me. This is more so as it is coming from Your Excellency, whose sterling qualities of leadership I admire greatly”. 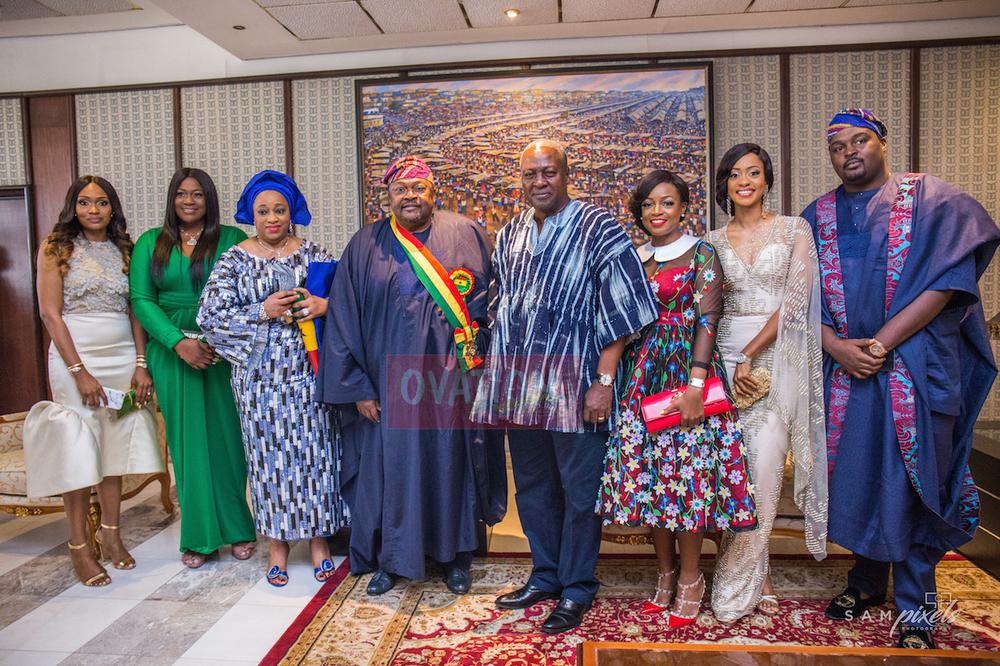 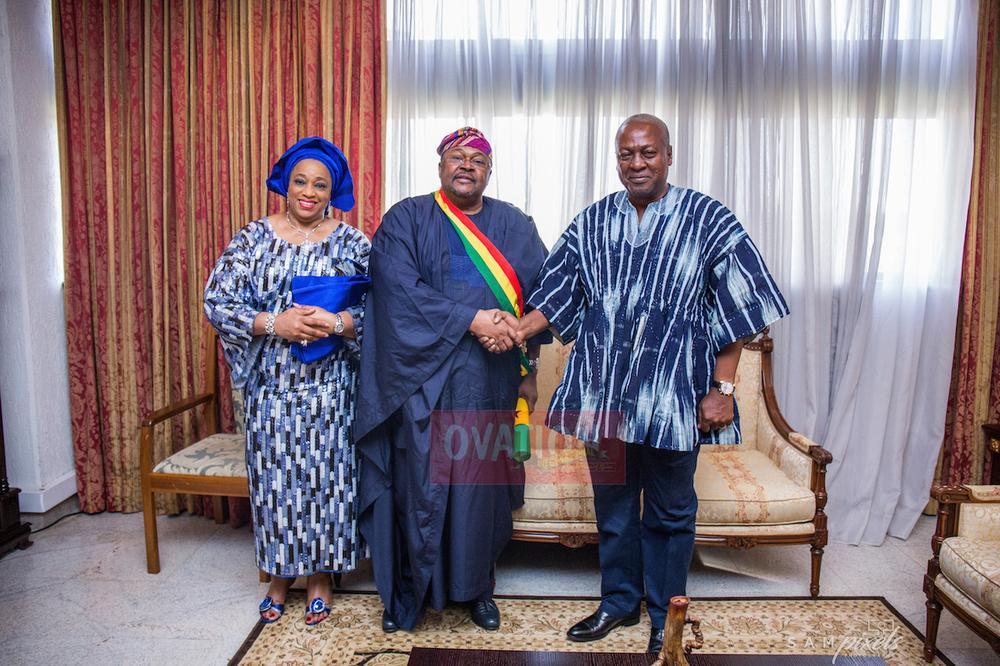 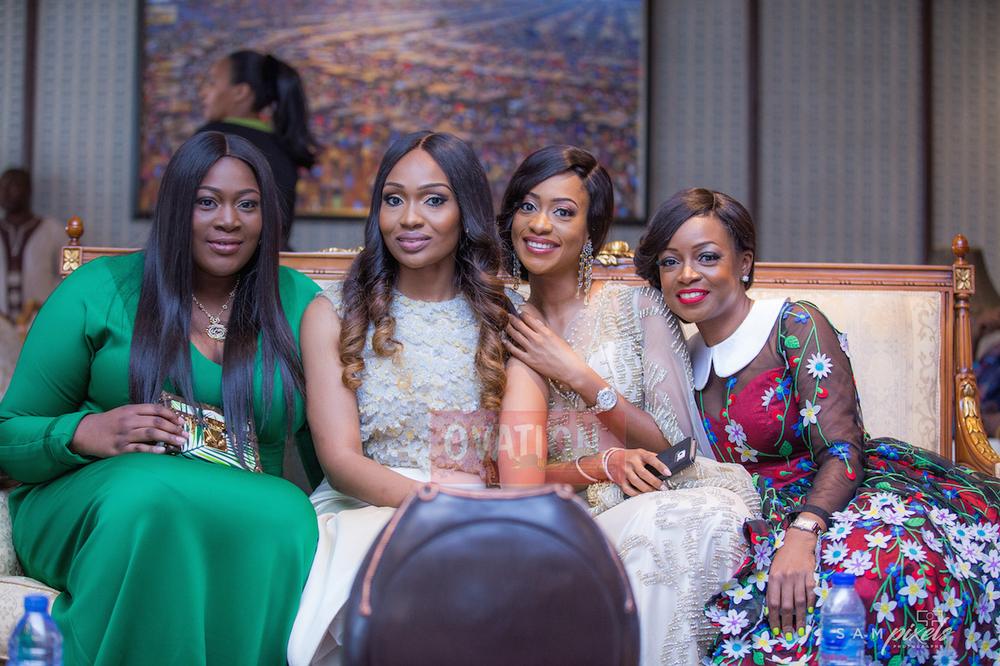 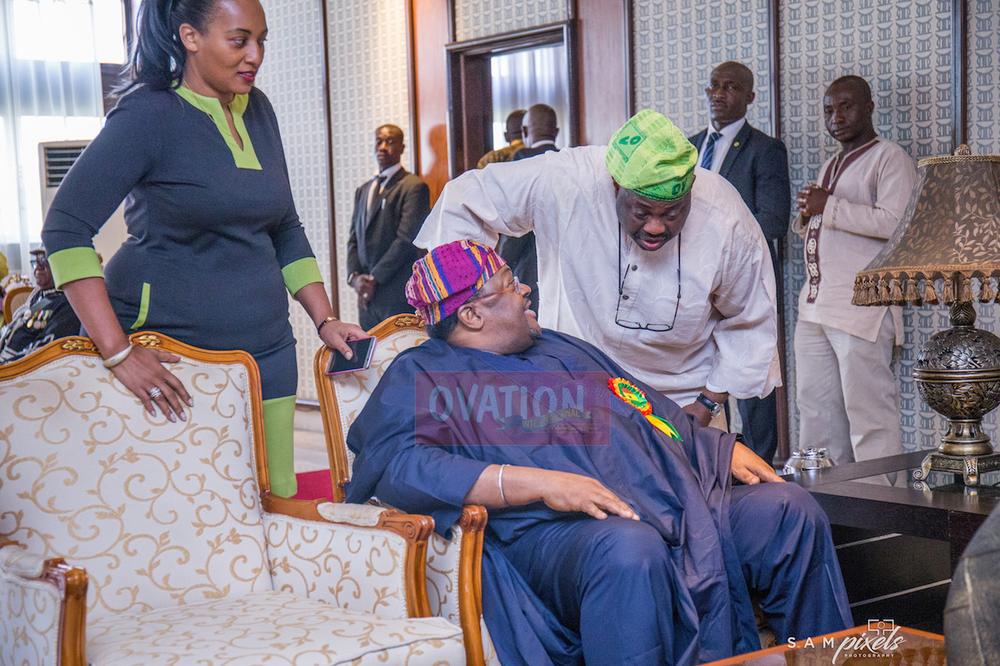 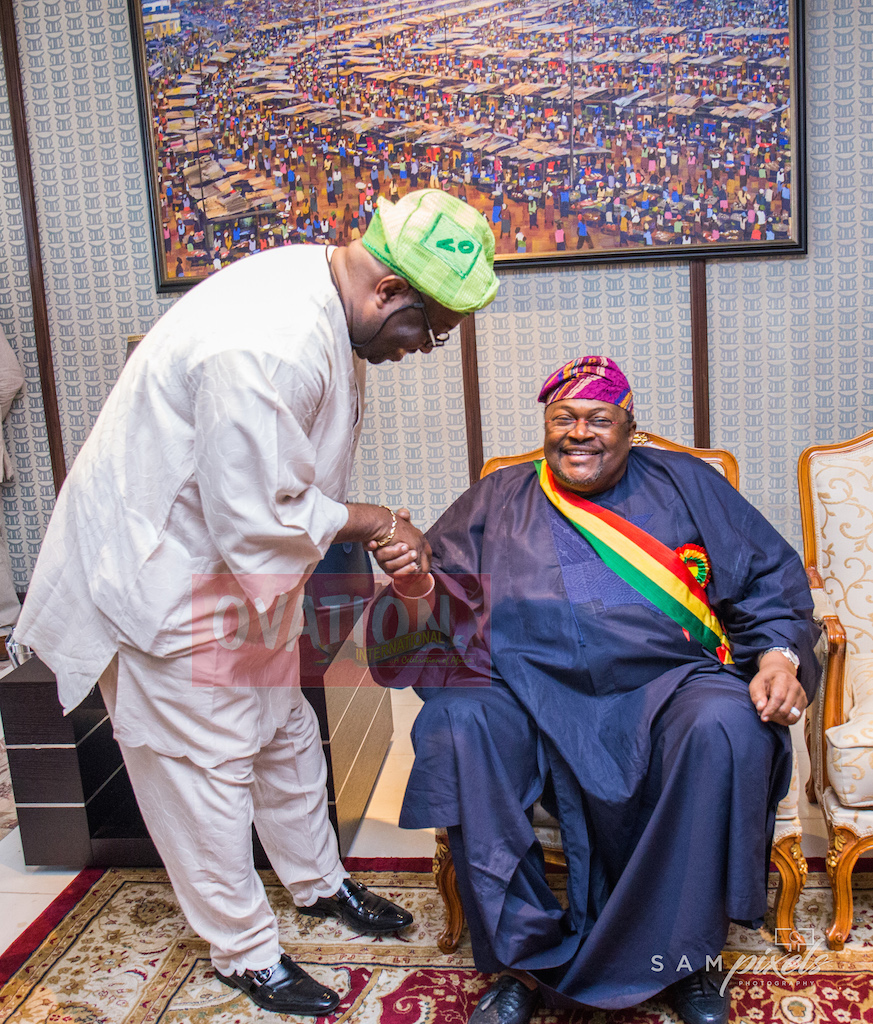 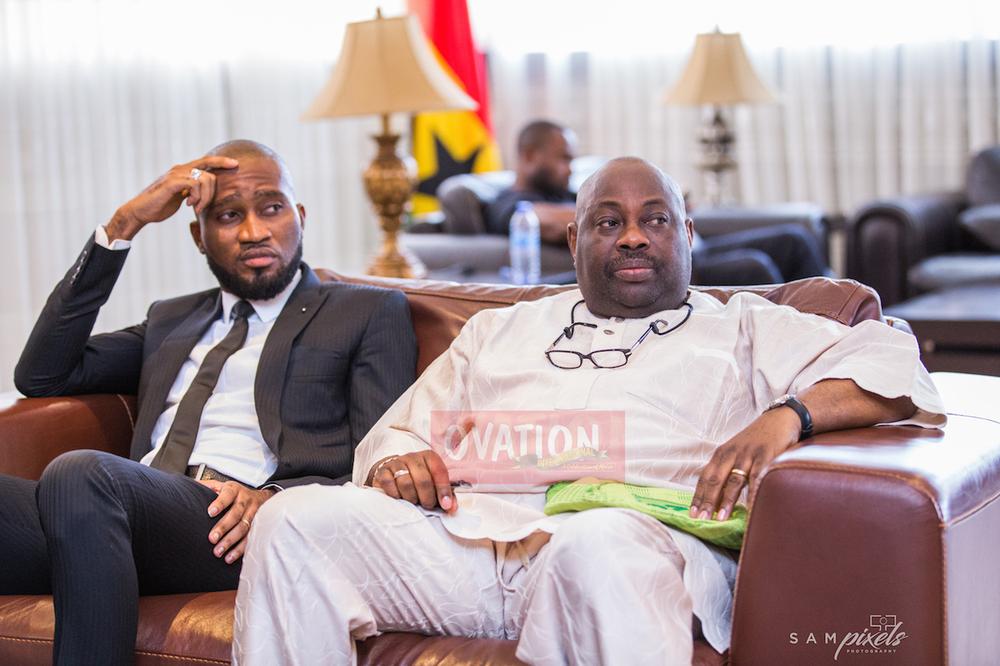 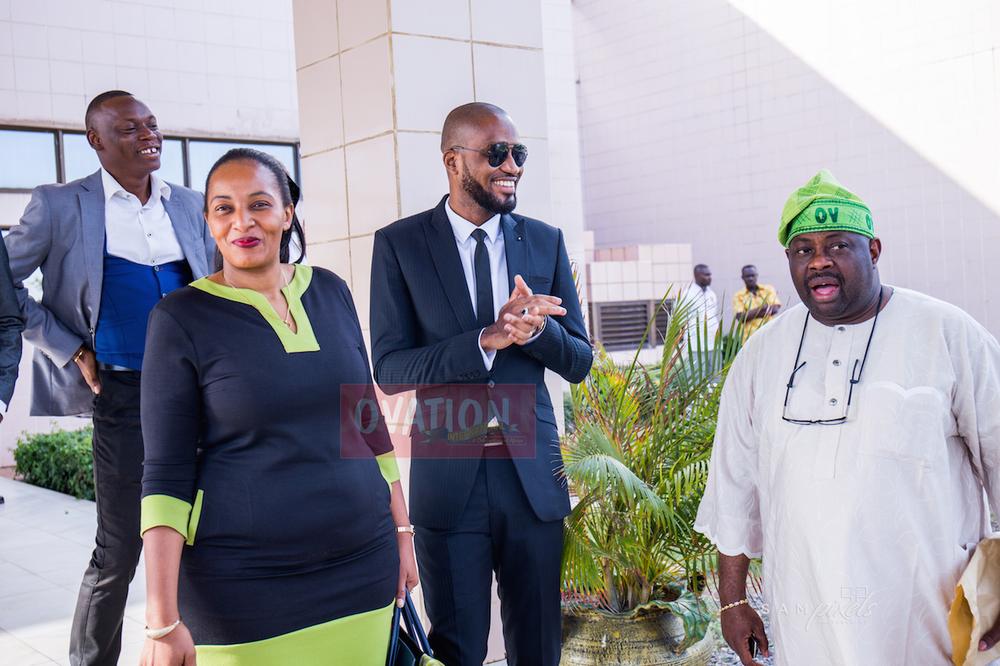 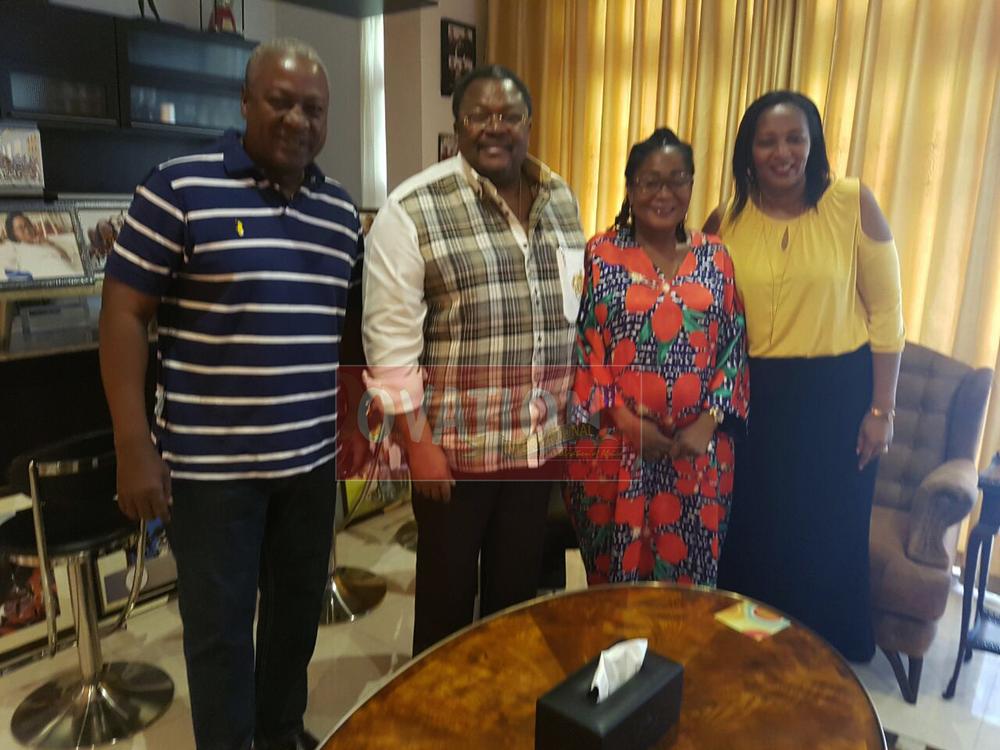 Adenuga also holds the highest civilian national award in Nigeria, the Grand Commander of the Order of the Niger (GCON) awarded by former president Goodluck Jonathan in 2012.

Obasanjo to Nigeria’s Richest Woman Folorunsho Alakija: I made you a billionaire