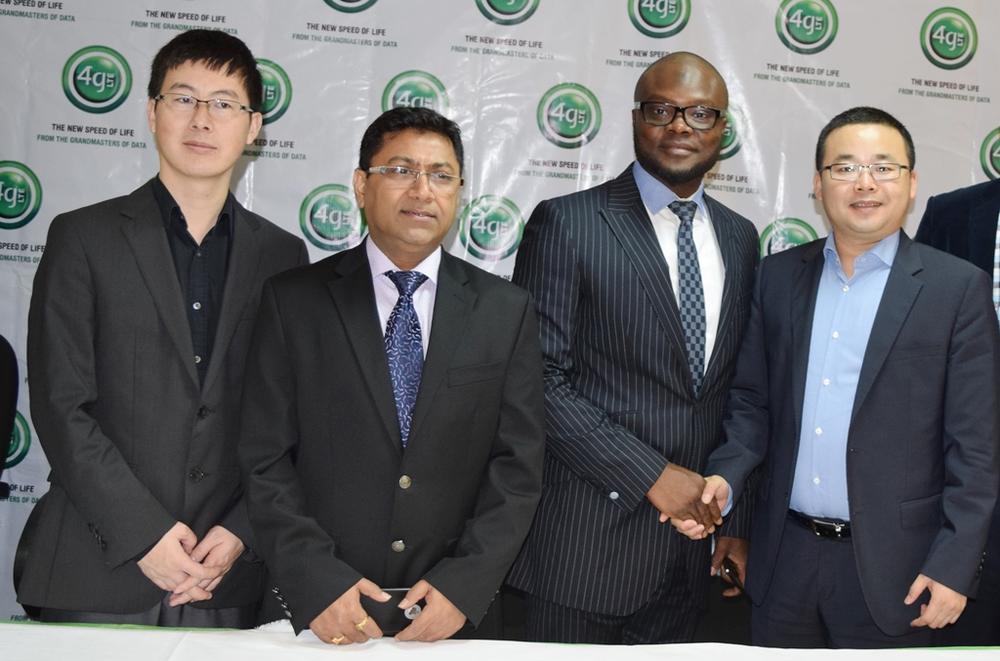 Data grandmasters, Globacom, has again set the pace in the telecommunications industry by becoming the first operator in the country to launch a nationwide mobile 4G Long Term Evolution (LTE) network. The company disclosed that the simultaneous rollout of the service in several major cities in the country followed a successful multi-dimensional test-run of the advanced network.

The Glo 4G LTE is offering instant efficient broadband internet to millions of Nigerians at speedsthat are several times faster than the 3G network.This will enable subscribers on the network to download ultra high definition videos in seconds.

Globacom said that telecom subscribers in several parts of key cities in Lagos, Port Harcourt in Rivers State, Abuja in the Federal Capital City, Jos in Plateau State, Warri in Delta State, Eket in Akwa Ibom State, Benin City in Edo State, Yola in Adamawa State and Zaria in Kaduna State can immediately connect to Glo 4G LTE network, adding that roll-out to other major cities of the country will happen in quick succession in the coming days.

The trailblazing initiative from Globacom is a majordevelopment in the telecoms sector as it will offer its subscribers data intensive applications. It will also be of significant implication for individuals who use large volumes of data as well as government and corporate organisations like banks, oil and gas companies, academic and health institutions which rely heavily on reliable data connection for their operations.

At a press conference to announce the launch of the service, Globacom’s Head of Corporate Sales,  Kamaldeen Shonibare, said,

“We are pleased to once again play a leading role in empowering Nigerians with world class data services, helping to close the digital divide. In the last one and a half years, the people of this great country have spoken repeatedly by making Globacom the largest data network in new subscriptions. The best we can do for our people who believe in us and made us their number one data network is to give them the best technology. What we are offering is the new speed of life.”

To make the revolutionary service available to all categories of subscribers, he explained thatGlobacom has developed a wide range of 4G data bundle offers whose benefits include free access to thousands of music, video and movie on demand. The data plans range from N50 to N18,000. For instance, for only N500, subscribers will get a whopping 1.6GB of data, while N1000 will give them 3.2GB data. Other exciting offers include 7.5GB for N2000, 10GB for N2,500, 18GB for N4000 and 24GB for N5000.

“Our subscribers today already enjoy downloading music, video and movie contents. They are also  streaming contents on their phones and other devices.  But the new Glo 4G LTE network offers subscribers a significantly improved experience. The video and voice quality in video calls on different applications like Facebook Messenger, WhatsApp, Viber etc is a lot clearer while the picture quality is crisper, and the transmission is faster,” he said.

He said the technology will enable Globacom to empower most of the over 150 million telecom subscribers in Nigeria to have access to the internet at a much faster speed, enjoy ultra high definition video without buffering and utilise other high intensive data applications with ease.

To join the most advanced network, Shonibare said all a customer needs to do is to buy and register  a 4G LTE Subscriber Identity Module (SIM) or swap his or her existing SIM for a 4G SIM, get a 4G phone and dial *777# to buy a data plan. He urged subscribers to visit the nearest Gloworld shop to connect to the Glo 4G LTE and enjoy the boundless opportunities offered by the advanced and superior technology.

He described Globacom as the digital network for both the present and future generations. “We’re the next generation network, the grandmasters of data. That is why we have taken the lead in providing 4G LTE nationwide with mobility for Nigerians. We want them to experience the power of real time mobile broadband technology at the most affordable rates,” he said.

After a 6-Year Wait! See Photos from Burna Boy’s Homecoming Concert in the UK