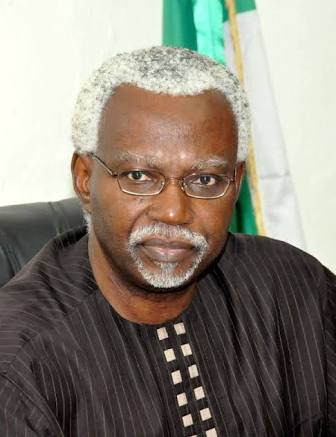 The Independent Corrupt Practices and Other Related Offences Commission (ICPC) on Wednesday said it did not receive any letter mandating its Chairman, Ekpo Nta to proceed on compulsory retirement leave.

The Spokesman of the Commission, Edet Ufot in a statement in Abuja said some national dailies on October 26 published that Nta had been mandated to proceed on compulsory retirement leave.

He noted that the publications claimed that the Secretary to the Government of the Federation (SGF) had written to the ICPC boss, mandating him to proceed on leave.

“The report purports that ICPC is in receipt of a letter from the SGF informing the Chairman to proceed on compulsory leave beginning from October 26.

It went further to impute perceived reasons for the alleged ‘sack’ of the chairman, quoting an anonymous ICPC source.

However, no such letter or letters have been received in the Commission,” Ufot stated.

Ufot added that ICPC had called the attention of relevant authorities to the publication for appropriate action.

Related Topics:Ekpo NtaIndependent Corrupt Practices and other Related Offences Commission (ICPC)
Up Next