This is so sad!

According to Capital FM, her death was reported by her cousin, who had left her in the morning before heading to work. Her body had no physical injuries and a probe has been launched to establish the cause of her death.

Some of her former colleagues at Capital FM Kenya has described Makosewe as a loving, warm and wonderful person. 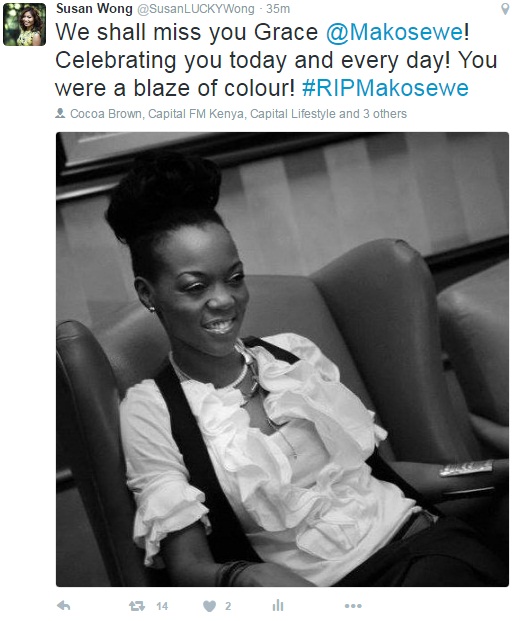 Jonathan Butler, Mi Casa & A’rese Gave Electrifying Performances at Smooth FM’s ‘A Night At The Kazbah’ | See ALL the Photos