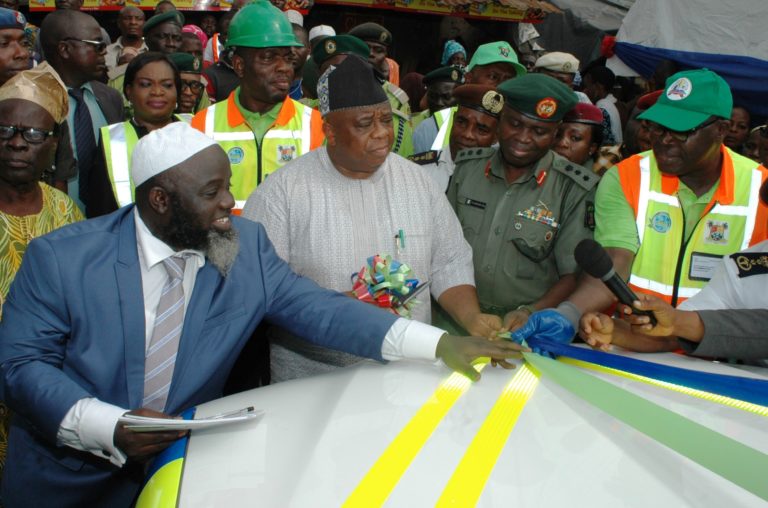 The Lagos state Commissioner for Environment, Dr. Babatunde Adejare has said that the state Government will not relent in its effort at making the state the safest place to live in by providing a safe environment.

Adejare made the assertion at the official flag-off of the Lagos State Market Deratisation Programme, aimed at ridding the state of the Lassa Fever vector at Obalende market on Thursday.

The government is collaborating with Phosguard Fumigants, an NGO, to promote the programme through “Kill rats, make more money in Lagos’’.

Under the programme, the residents are encouraged to kill rats in their environs which the programme implementers, Phosguard will buy at a yet-to-be determined price for proper disposal.

The commissioner said the government was resolved to make Lagos State one of the safest places in spite of its increasing population.

“As a bourgeoning global urban agglomeration with a population of over 22 million people and daily waste generation of 13,000 metric tons, Lagos requires proactive environmental management to control pest and by extension diseases.

Lagos is a mega city with the highest population which is still growing though in terms of landmass it is the smallest state in the country.

According to a UN report, our nation still ranks among the countries with the highest number of infant mortality, hence we need to look inward to know how we can control this.

In lieu of this, we are looking at how we can free Lagos from diseases, pestilence and infestations. We talk about mosquito control, pest control and other dangerous animals in our society.

The administration of Governor Akinwumi Ambode is committed to ensuring that we have the safest place to live in not minding anywhere we are in Lagos,’’ he said.

Adejare said that to provide a safe environment for the people, vector control remains the ideal strategy.

“The mega structure of the state has, however, provided the opportunity for transmission of pathogens between animal species and humans which are heightened by the unprecedented increase in the movement of people.

No doubt, the alluring feature of our state exposes it to a number of threats that if unchecked can spell doom for the wellbeing of the residents in general.

The environmental and health hazards that vectors present to our people can therefore not be ignored. Therefore, to protect the population from epidemics, such as Lassa fever, vector control remains the way out.

Vector control is a means of eradicating mammals, birds and other arthropods collectively called vectors which transmit disease pathogens,’’ he said.

Adejare said that the government was using the most environmental friendly vector control intervention with no known side effect.

“To take advantage of the many benefits of vector control, less illness, safety of homes, building and markets, the government is delivering effective deratisation through the use of tested technology.

It is noteworthy that all over the world vector management has grown to become an economy on its own; we wish to take advantage of the enormous economic opportunities.

Therefore, as beneficiaries of this initiative, it is our responsibility to cooperate with the agents of government going round to rid our markets of rodents and other disease vectors.

The vector control programme is in line with our goal of regenerating the environment to make it liveable for all and for certain, we all have a role to play in the proper sanitation,’’ he said.

The sole administrator of Ikoyi Obalende Local Council Development Area (LCDA), Goke Ona-Olawale, lauded the government for the initiative and pledged the council’s cooperation for its success.

“We are lucky to have the flag-off of such an epoch initiative starting with our council. Obliviously, this council has so many important features to qualify it as first.

Most of the past presidents of the country lived in this community and we are also privileged to have two main barracks, Dodan and the Police barracks sited here.

We will ensure that all hands are on deck to ensure the success of the programme aimed at providing a safe environment for us all to live in.

The people have also pledged to give the government the necessary support because this is a programme that will directly benefit them and they are well aware,’’ he said.

The Iyaloja of Obalende, Alhaja Jokotade Logun, thanked the state government for its efforts at providing a safe environment for the market women and also pledged their support.

“This is a good thing coming to us, it shows that we have a government that is fully committed to our welfare and we will not disappoint, we will provide the necessary support.

For our markets to be free of filth, we have also evolved a plan within ourselves to compliment the government efforts, and I have the backing of our members toward achieving it.

We have been discussing about how we can improve on the sanitation within the markets and now that government has taken a bold step at helping us, we will also make sure we do not disappoint,’’ she said.

The state government has provided two Toyota Hilux vans and other logistics for the hitch-free implementation of the programme.

Also, the field officers from Phosguard Fumigants demonstrated how to bait for the rodents and evacuation of the dead rats.

Senate Pushes for Stiffer Penalty for Sexual Offenders in Schools

Heineken Lagos Fashion and Design Week 2016 kicks off with a Bang!