Variety Magazine focuses on “The Power of Women” in the Latest Issue and features Laverne Cox, Ava DuVernay & More 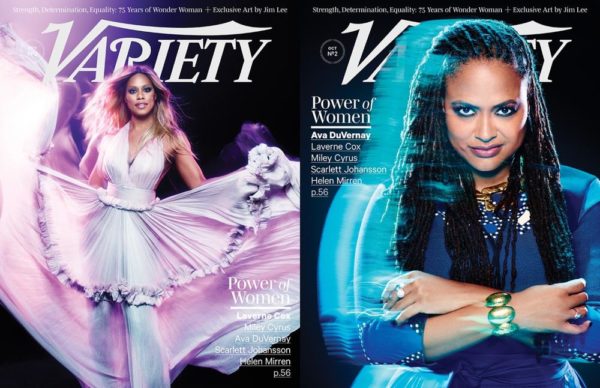 Star of Netflix’s “Orange Is the New Black” and the upcoming “Rocky Horror Picture Show” on Fox, Laverne Cox is set to change the world.

Laverne Cox does not shy away from using her visibility to be an advocate for the LGBTQ community and that includes her involvement with the National Coalition of Anti-Violence Programs (NCAVP), an advocacy group that strives to respond to and prevent violence against members of LGBTQ communities.

Laverne Cox alongside Miley Cyrus, Scarlett Johansson, Ava DuVernay and Helen Mirren have been selected by Variety Magazine as the honorees for its upcoming Power of Women event in Los Angeles, feting some of the most philanthropic women in Hollywood and their work with their respective causes.

For producer Ava DuVernay, she is on a mission to make sure girls see themselves in movies and books.

Read more about the “Power of Women” here.

Look at that Glow! Janet Jackson officially Announces her Pregnancy with an Exclusive Photo

“It has been an insecurity of mine all my life” – Kylie Jenner talks getting Lip Injections, Lying about her Lip Fillers & More