It was a great night of music on Saturday, October 22, 2016 in Calabar at the Municipal Gardens where Star Music The Trek welcomed Sound Sultan, M.I, Burna Boy, Cynthia Morgan, Chidinma and Phyno for exhilarating performances.

The concert hosted by comedian LaffUp, kicked off with the discovery of new singing talents in an open mic contest. The talents sang their versions of Star Music The Trek 2016 theme song “My City Rocks”. 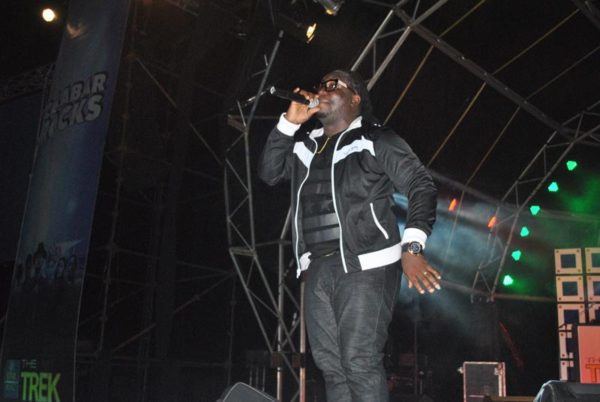 Disc Jockeys Big N and Neptune gave the Calabar crowd a strong feel of the hottest songs raving the airwaves. Dancers dressed in colourful Efik-Ibibio traditional attires presented a choreographed medley of Sunny Nneji’s‘Idemnobno’, ‘Face me Remix’ and Iyanya’s ‘Kurukere’. It was an amazing way to start performances at the concert.

Chidinma popularly called “Miss. Kedike” by her fans opened with a spin on homeboy, Sunny Nneji’s ‘Oruka’ before switching to her song ‘Olulufe’. She was accompanied to the stage by a dreadlock lookalike of Flavour and this got the crowd cheering. 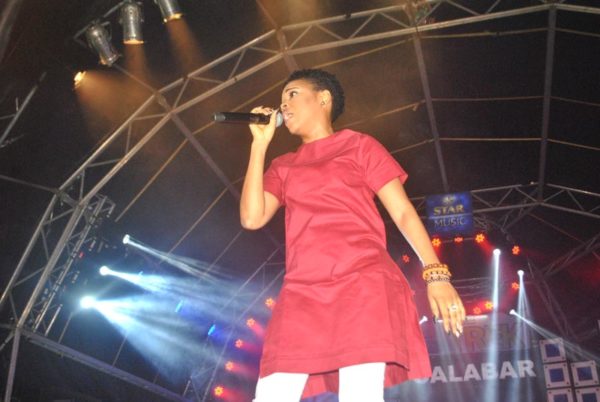 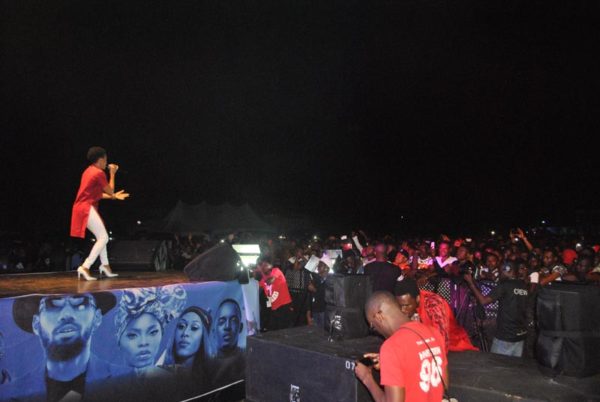 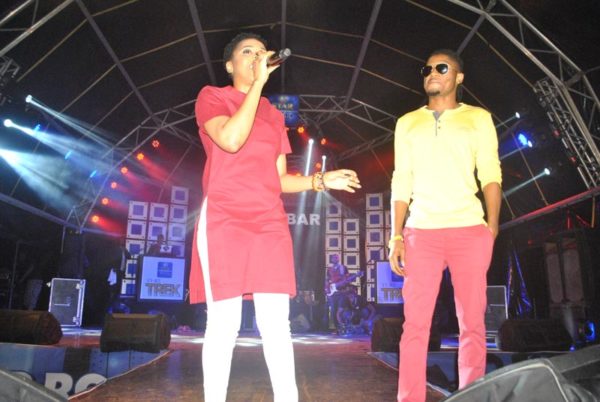 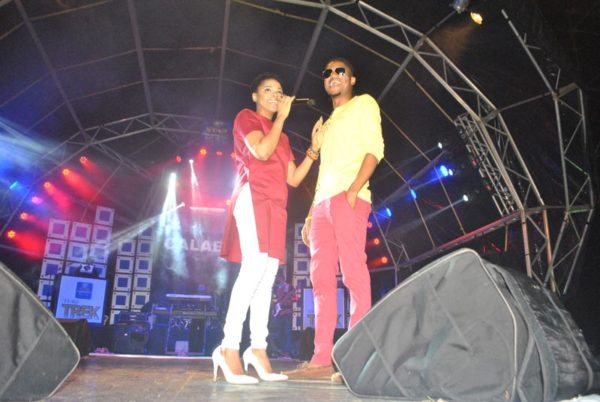 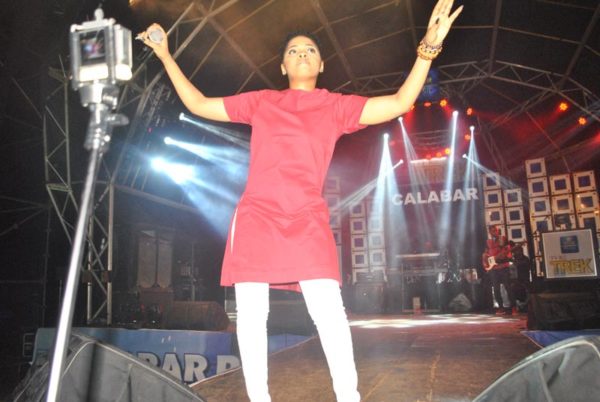 Burna Boy got the audience super charged during his performance. Bursting to the stage with ‘Wanda Mo’, Burna sang a number of his hit tracks to the jiving crowd. In between songs, he bantered with the audience, cracking a few jokes and speaking honestly about his love for Nigeria. Before he left, the ‘Yawa dey’crooner also sang another of his hit song ‘Soke’, as the crowd chorused word for word. 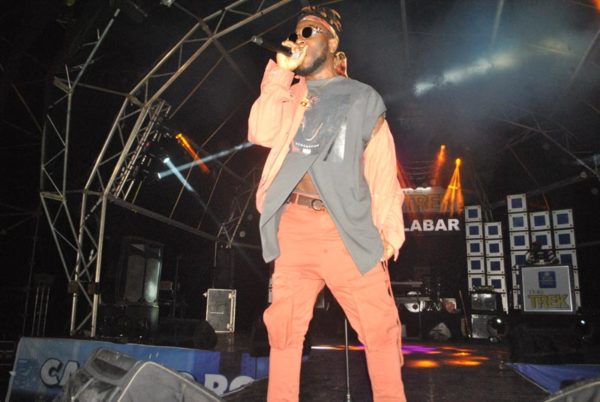 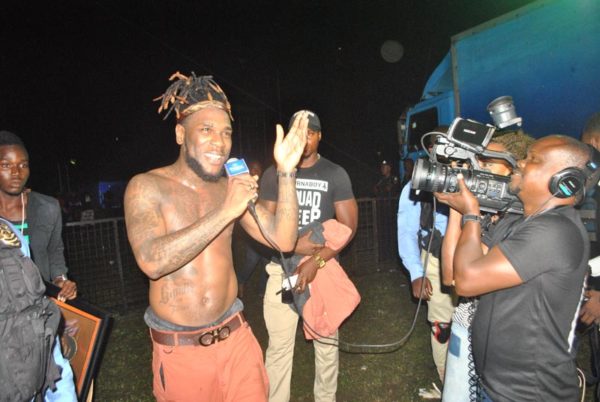 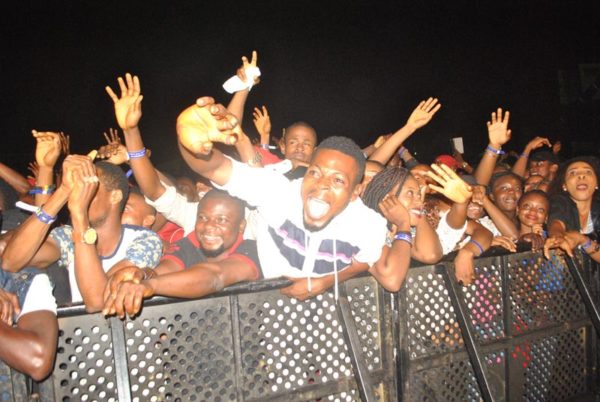 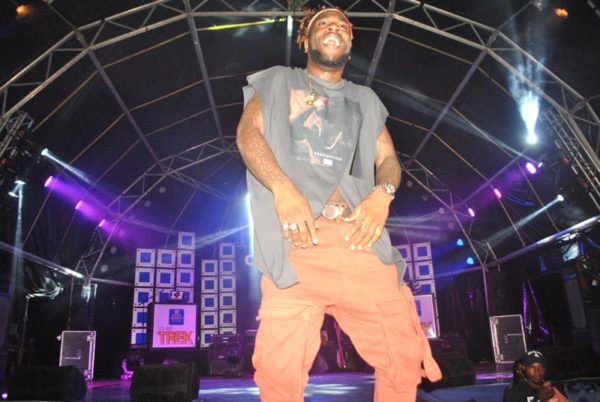 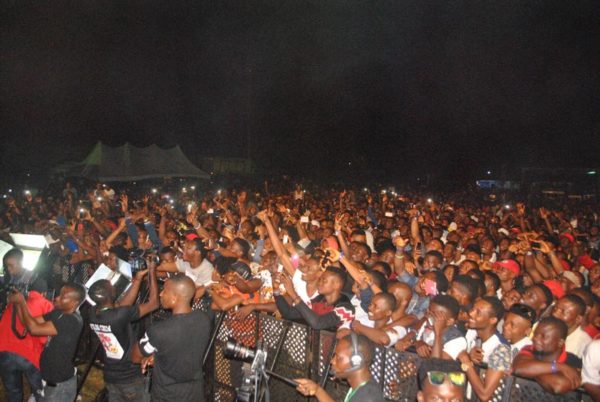 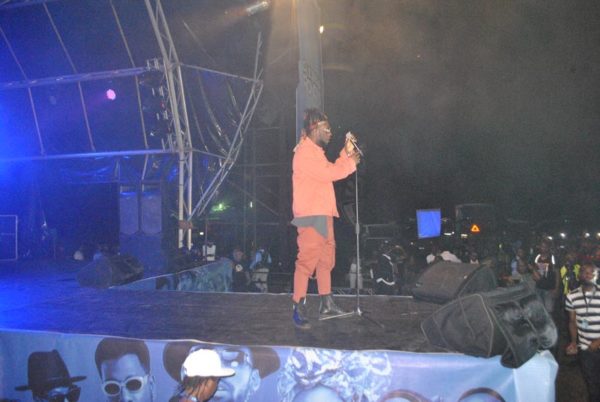 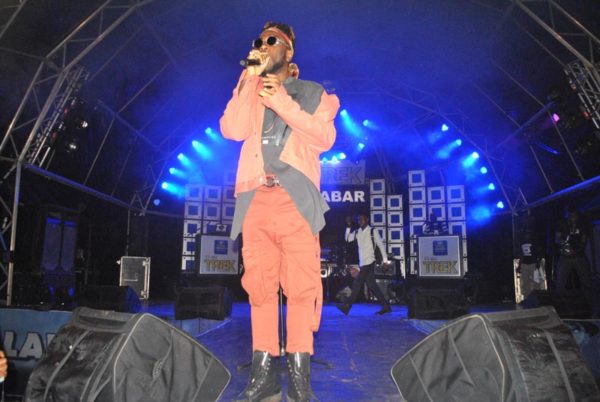 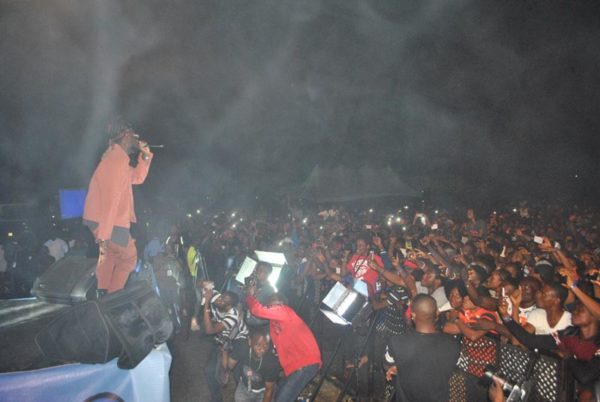 Cynthia Morgan took to the stage immediately after Burna Boy, as if to further fuel speculations of a budding romance. The acclaimed ‘god-mother’ of dance hall music in Nigeria gave the Calabar audience a show stopping performance. This may have topped her performance at the Makurdi leg of Star Music The Trek, going by the reactions from revelers at the Calabar concert after she thrilled them with hits like ‘I’m Taken’, ‘Don’t Break My Heart’ and ‘Lead Me On’. 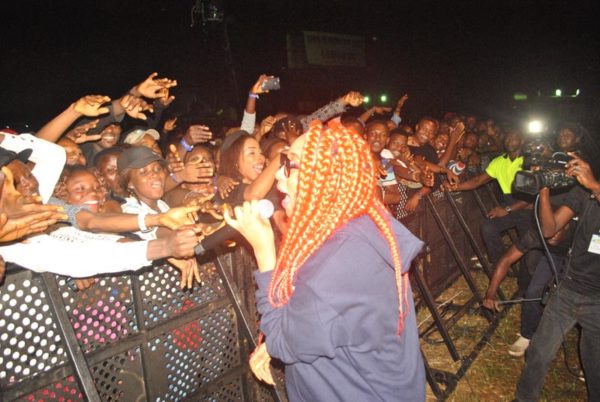 Veteran singer Sound Sultan delighted the crowd with classic hit songs from ‘Jagbajantis’ to ‘Orobo’.  His performance was remarkably distinguished as the Ninja squad was also represented on stage. Speaking after his performance, Sultan affirmed, “Calabar felt like home and the love I got from the hundreds of fans here tonight was unprecedented. If you ask me, I’d say Star Music The Trek Calabar rocked the most”. 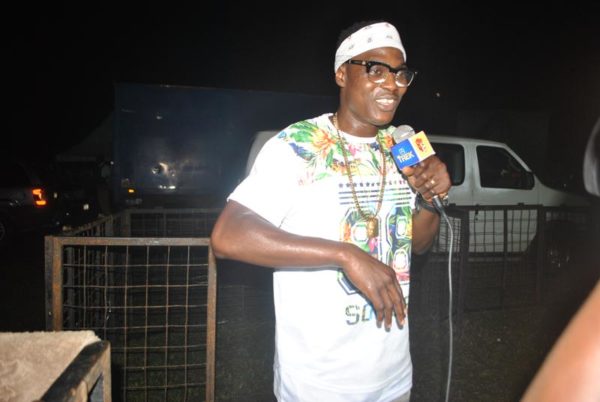 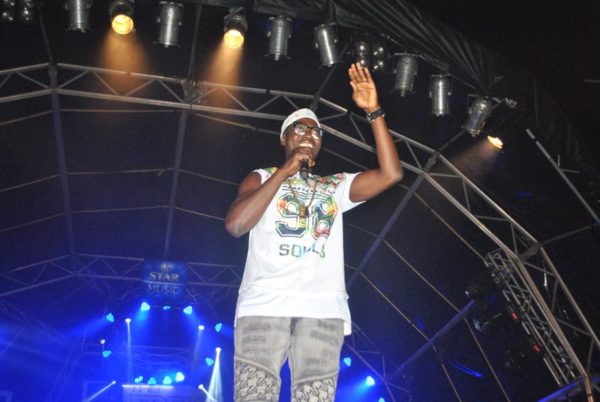 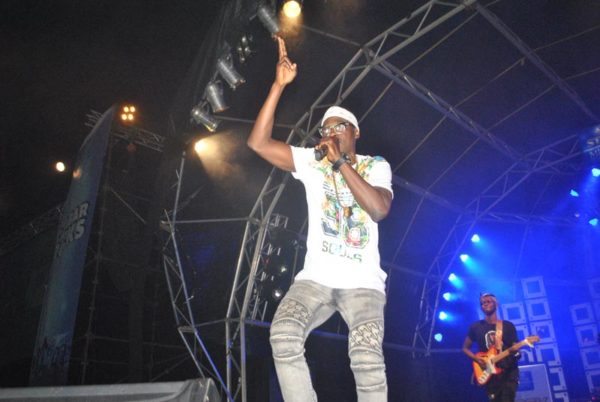 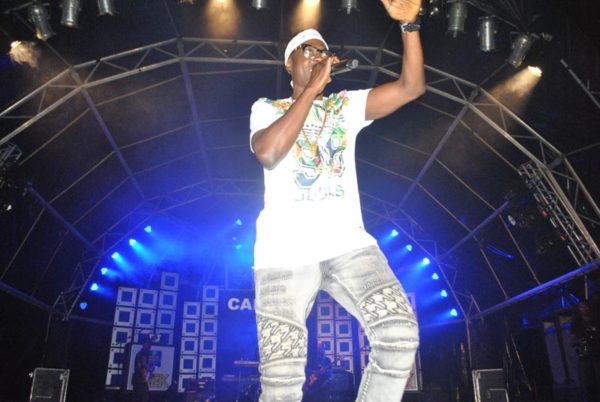 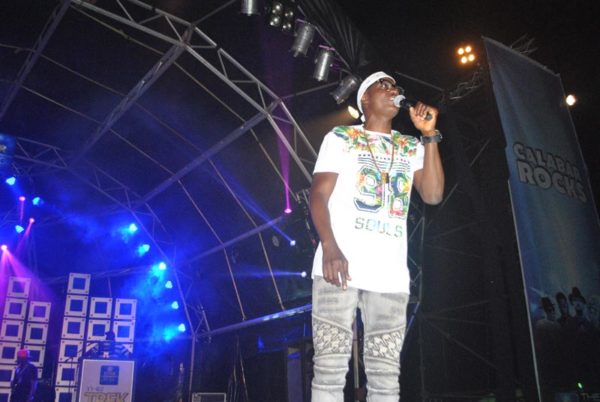 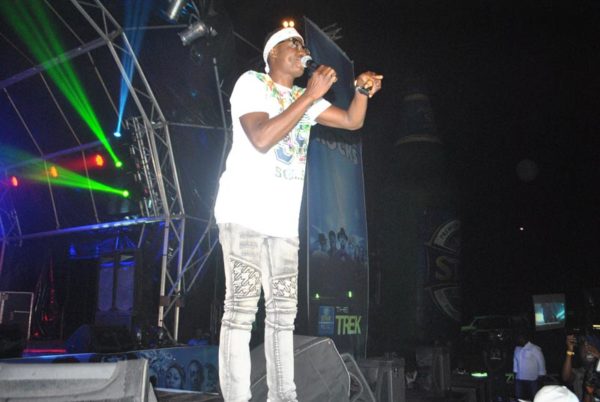 The crowd remained elated throughout as Star Music The Trek brought the concert one step closer to them with a Star dance party that lasted for about forty minutes. Comedian LaffUp kept the audience fully engaged as he also gave out variety of gifts courtesy, Star Lager.

If you thought the show was over at this point, you are wrong. M.I brought his A-game to the Calabar concert, coming off the success of his performance at Star Music The Trek Abuja. During his exciting set in Calabar, M.I invited a couple of his fans to the stage. He ended the performance with ‘Bullion Van’. In every sense of the word, M.I showed he is one of Nigeria’s best rap stars. 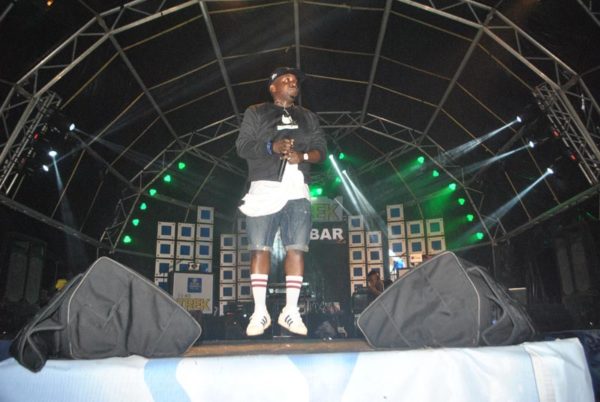 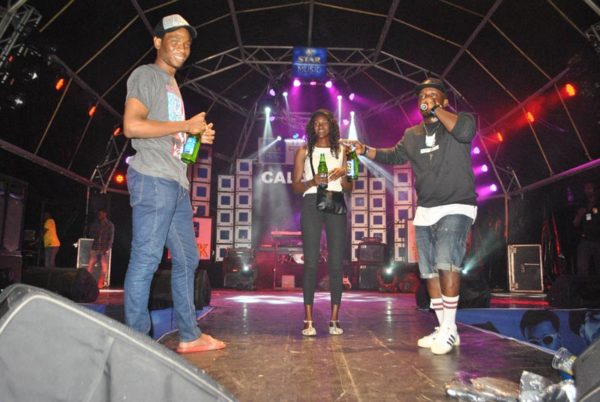 Headliner for the Calabar gig, Phyno then took the excited audience to another height. Once he stepped on stage, Phyno did not hold back as he kept dropping hit songs that were suggested by the mesmerized crowd. When Phyno performed ‘Fada Fada’, it was a total shutdown at the Municipal Gardens. 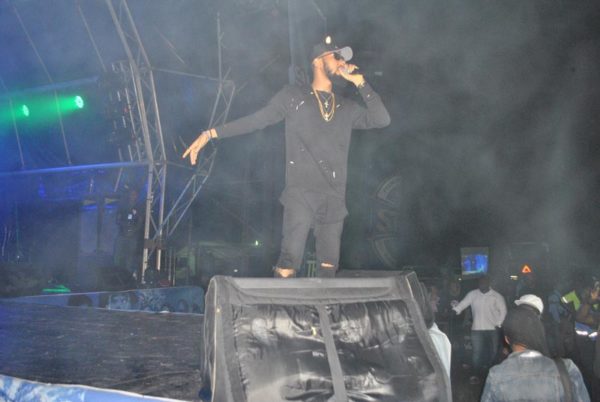 STAR Music The Trek Calabar was more than a concert. It was a premium experience for the fans and performing artistes. The concert was broadcast live on HIPTV, particularly for viewers in other cities across Nigeria and beyond to stay connected with the shinning moments at Star Music The Trek 2016.

Meet 80 Exclusive Companies from 13 Countries in the Agriculture, Beauty, Construction & Décor Industries at the Nigeria 4-In-1 International Exhibition | November 9th-11th