“You are a trendsetter, an online entrepreneur and a formidable force” - Freeze writes an Open Letter to Toke Makinwa 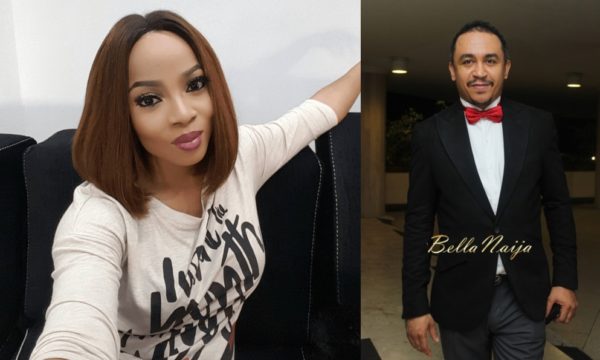 Following her recent viral vlog addressing people in their 20s, on-air personality Daddy Freeze has written an open letter to Toke Makinwa encouraging her to keep being a trendsetter.

I have known you longer than most people are aware off, I’ll put it at 15 years at least. You were recording a radio drama series at Cool FM, in 2001, when I joined, and I watched you grow, powered by hard work, and fueled by the passion and drive that only a strong woman can possess. I met Maje who I also believe is a wonderful guy, through you, and although you guys didn’t work out, the strength to forge ahead has not left either of you. Toke, as far as I am concerned, you are one of Nigeria’s foremost female broadcasters ( I hate the acronym OAP with a passion). You are a trendsetter, an online entrepreneur, and a formidable force, pioneering the paradigm shift, leading to the emergence of a new order in Nigerian online entertainment, this, however, doesn’t come without consequence.

I watched your vlog, and I understand that you were trying to express thoughts, that many people nurse in the depths of their minds, hidden far away from public scrutiny. You, on the other hand, do not enjoy that immunity, being a successful public figure. We Nigerians, are extremely judgmental and love to seek fuel for jungle justice, which has one way or the other, migrated into our social media scene, where online courts are quickly formed, justice is speedily given and executions are promptly carried out, without any mercy whatsoever.

Most people do not have the cognitive depth to assimilate the message you were trying to pass across and have employed their fertile imagination to fuel it into becoming what it has evolved into.God bless and keep you dear! ~FRZ

Related Topics:Freezetoke makinwa
Up Next

“It has been an insecurity of mine all my life” – Kylie Jenner talks getting Lip Injections, Lying about her Lip Fillers & More