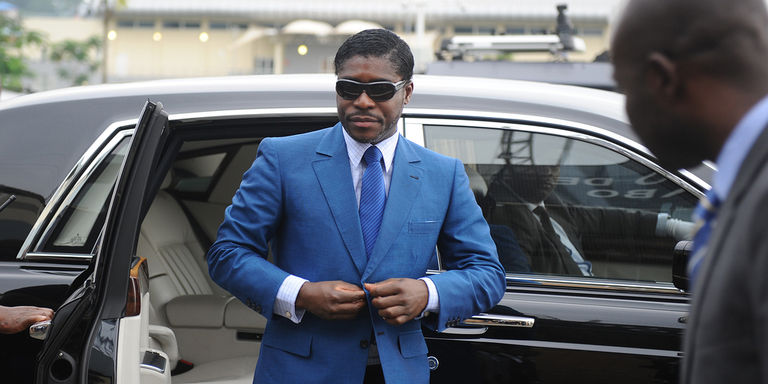 In a move similar to French police action in 2013, Geneva police impounded Obiang’s Bugatti Veyron, four Ferraris including an Enzo and 599GTB, a Porsche 918 Spyder, a Lamborghini Veneno, a Maybach, the Koenigesegg, an Aston Martin and a McLaren P1.

Through his lawyer, 47-year-old Teodorin Obiang, who is also the small central African country’s vice president, denied that the vehicles – which include a Bugatti, several Ferraris and a rare Koenigsegg sports car – belonged to him.

Obiang is the son of 73-year-old President Teodoro Obiang Nguema Mbasogo, who has ruled Equatorial Guinea for nearly four decades since a 1979 coup. He was re-elected in April.

Switzerland had previously been asked for help by French justice officials, who plan to put the younger Obiang on trial for suspected money laundering.

France had seized many choice cars belonging to Obiang, on suspicion he acquired them with stolen state money and then auctioned them for a fraction of their worth.

French authorities also seized many millions of dollars’ worth of art, fine wine and antique furniture from the €80 million, 101-room Paris mansion belonging to him.

Obiang, who as vice president is in charge of defence and security affairs, denies any wrongdoing.

“The Geneva public prosecutor confirms the opening of criminal proceedings against Teodorin Obiang. The latter is accused of money laundering,” the prosecutor’s office said in an e-mailed statement. Obiang cars seized in Paris in 2013

“As part of the procedure, 11 vehicles were effectively sequestered in the cargo area of Geneva airport on behalf of the prosecution,” it said.

Obiang has previously said his wealth, which has enabled him to buy luxury real estate in Paris, a private jet and exotic sports cars, was amassed legitimately.

Obiang’s lawyer in Paris told Reuters that the cars seized in Switzerland did not belong to his client. “These are not his vehicles,” Emmanuel Marsigny said.

A trial date is currently being decided in France and a source close to the matter said it could come as soon as January 2017.

Equatorial Guinea, an oil producing former Spanish colony, has urged judges at the United Nations’ highest court to order France to halt the proceedings against its vice president on the charges of money laundering and corruption.

Obiang is claiming diplomatic immunity, but a French court ruled that the charges relate to his private life in France and not to his official functions.