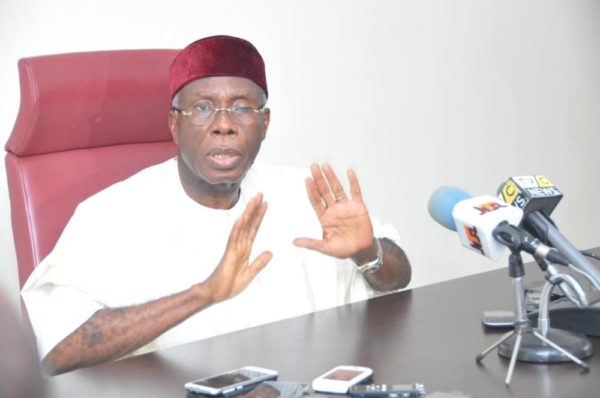 Minister of Agriculture and Rural Development, Audu Ogbeh has said that Nigeria will welcome its citizens from the U.S should they come under extreme pressure from Donald Trump‘s presidency.

He made this known on Wednesday while speaking to State House correspondents after the Federal Executive Council (FEC) meeting in Abuja.

“I’m in a bit of shock, but we’re witnessing some very dramatic changes in the world, and I think some of these things began many years ago.

The current economic theory ravaging the world is now reaching the poor and the ordinary people. It’s causing a lot of stress.

Brexit happened, America has done this now. Many other countries are going to have near extremism ruling the minds of people.

The rest of the world will have to then carefully watch and see the impact first. He made comments about Nigerians when he was campaigning that they had stolen money, they should go back to their country and live.

He has a very low opinion of the blacks and Hispanics. We hope he’ll become a president for all, including Nigerians.

But if he doesn’t, it means we’ll have to re-tune and re-tool our foreign policy to begin to find a situation where we may have to be welcoming some of our people if they come under extreme pressure. We hope it doesn’t happen.

Trump himself is one of those capitalists who have managed to exploit the system, but have now turned around to bring down that system

I do hope that he can manage the US without falling into the trap he thinks he has freed the others from. Because eventually when he gets to Washington and begins to feel the pressure of the White House, he may not be as calm as he was this morning when he was accepting the victory, I can assure you. These jobs exert a lot of pressure,” he said.